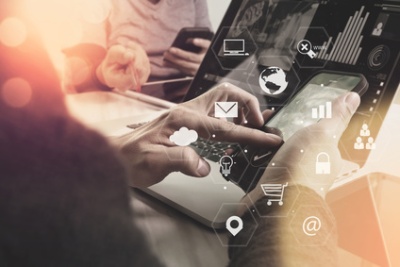 As the name suggests, a video news release (abbreviated VNR) is a news release that is issued in a video segment. The segment is designed to look like a real news report, but instead of being created by a news agency, it is created by a marketing team, a public relations agency, a business, or an agency within the government. In this article, we will further discuss video news releases, including their benefits and features.

A video news release is a segment of video that is designed to resemble a real news report; however, instead of being created by a news agency, it is made by a public relations specialist, an advertising agency, or a corporation. A VNR is given to television newsrooms and are used as a tool to shape the opinion of the public, to promote the products or services that a business offers, to publicize an individual, or to support some other type of interest, with the intent of gaining attention.

openPR-Tip: The idea behind a video news release is to provide the media with content that has been ready-made for broadcasting and puts your business, your product, or the services you offer in a positive light. News agencies might air a VNR in its entirety, they may air only a portion of it, or they may incorporate it into a news report if it contains information that ties into a story or is something that viewers would be interested in. How much they air and how they use them is up to their discretion.

Elements of a Video News Release

A good VNR will contain each of the following elements:

Benefits of a Video News Release

A VNR can provide several benefits, and if done correctly, can serve as a powerful part of a public relations campaign. Some of the most notable benefits that VNRs offer include:

Though they can be an effective marketing tool, not everyone agrees with them. In fact, critics have referred to video news releases as deceptive propaganda that tries to influence viewers under the disguise of real news. This is particularly true when it is not made clear that a VNR isn’t real news. In fact, that’s why many people refer to video news releases as “fake news”.

In addition to being largely criticized, there are other disadvantages associated with video news releases. Some of these disadvantages include:

How VNRs are Distributed

It used to be that video news reviews were distributed to news agencies via video cassette. However, today, they are fed through satellite, which makes them easier to assess. Once a news agency receives a video news release, they give it a once over and read any accompanying documentation that may be necessary. After reviewing, news agencies decide how they can incorporate the VNR, which is based entirely on their discretion. For example, they might choose to showcase the entire video, or they may decide to incorporate it with a news story.

Organizations that Use Video News Releases

A VNR can be a tool that any type of business, individual, or organization can use. Some examples of industries that use these public relations tools include:

Virtually any type of business can use a video news release as a way to market what it is that they offer, to boost brand awareness, to establish authority, and to connect with and engage with their target audience; however, companies, organizations, or individuals that intend on marketing themselves to the general public can use VNRs.