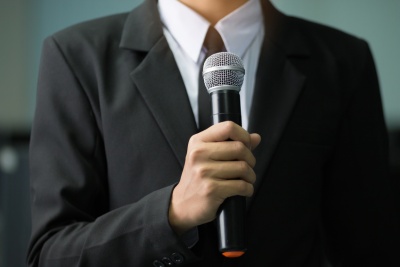 The news media is largely responsible for shaping the public’s opinion on virtually everything from issues concerning their well-being, to the products that they should be using. Having a basic understanding of the job of a reporter and some interviewing techniques will help you nail your media interview and effectively boost the success of your business. Here are some pointers to keep in mind before you head into your next interview with the media.

An excellent interview with the media can do wonderful things for your brand, but it’s hard to have a successful interview and reap the benefits that it can offer if you aren’t prepared. By prepared, we don’t mean having a generic speech committed to memory; we’re talking about knowing how to respond to whatever questions come your way in a meaningful and concise way, and really engaging with the reporter.

Not sure you’re ready for a media interview? Here are some tips to get you prepared so that will help you nail your next interview.

8 Tips for a Great Media Interview

Make sure you know exactly what type of message you want your interview to convey. Before the interview, think of two or three clear and concise points that you want to address. Even if the interview is going to be held in 10 minutes, make sure you think about important points you want to make during your discussion. If you have more time, do some research and make sure that you really know what you’re talking about before you head into the interview.

Do Some Role Playing

It might sound silly, but one of the best ways to prepare for a killer interview with the media is by role playing. Ask your publicist to ask you some basic questions that the interviewer will likely ask, as well as some questions that might make you flustered. Put your video camera on and record the role playing session.

When you’re done role playing, watch the video. Pay attention to how you acted and sounded. If there’s anything that can use improvement, work with your publicist to tweak those issues so that when it comes time for the real interview, you’re prepared.

While it’s true that appearances aren’t everything, in the business world, they do mean a lot. If you are going to be doing an interview that will be aired on television, or you are being photographed and the prints will appear in a publication, you want to make sure that you look your best.

Men should make sure that they are well groomed; their hair should be freshly cut and they should shave and trim up any facial hair before the event. They should also wear a nice, clean and pressed outfit. Women should wear more makeup than they normally would to ensure that their features are picked up by the cameras. They should also make sure that their hair is done and that they are wearing clean, presentable clothing. Both men and women should avoid wearing clothing that feature loud patterns or colors, as they’ll interfere with the camera. Instead, opt for a subdued, solid color.

If your media interview is going to be broadcasted on TV, it might be tempting to look at the camera. Don’t do it. You’re not in a TV commercial; you’re doing an interview. Instead, make sure you look at the reporter and make eye contact, especially when you are being spoken to and you are answering questions. You’ll come off as cool, confident, collected and professional, by the reporter and by the audience that will be watching the interview.

If you have a tendency to ramble when you’re nervous, make sure you nip it in the bud. If you’re rambling during an interview, it will make you look nervous, and you’ll also look like you aren’t prepared. You want to be informative, but you also want to be clear and concise. Considering the fact that the average sound bite is less than 10 seconds, you want to make sure you choose your words wisely so that you can get your point across.

Also, you want to make sure that there is some emotion in your responses. You’ll come off as caring, compassionate, knowledgeable, and relatable; all things that you want to appear to be when you are doing an interview.

It’s natural to feel nervous when you’re doing an interview with the media. However, do try to relax. Take some deep breaths. View the reporter as a friend or a client. You’ll feel much more comfortable and appear a lot more relaxed, which will make for a better interview.

Offer More than Just an Interview

The media is going to want to do more than just record or take picture of an interview with you. They want to liven up their story in order to increase its engagement and make it more viewer-friendly. While you might look amazing, people will become board of seeing just your face. If you are in the restaurant industry and you’re doing an interview, bring in some clips or videos of you cooking or guests eating your food. You’ll save the reporter the trouble of having to search for generic photos or clips after the interview, and you can make sure that the footage actually pertains to your business.

You might not be comfortable on camera, and that is totally okay. That’s why you get ready for your media interview by preparing, role playing and practicing. Though it takes time to feel comfortable doing interviews and being in front of a camera, the more confidence you have, the easier it will be.

Ready to Launch Business creates the Un-Franchise Entrepreneur Support System
Ready to Launch Business has made starting a business easy without the headache of becoming a franchise. Ready to Launch Business packages give you the opportunity and ability to make a sound decision on what type of business is right for you with our categories of business products to choose
Goldgenie Founder Laban Roomes, Awarded £60,000 By Dragons’ Den’s James Caan, Taps The Gab Group To Introduce Luxury Gold-Plating Service & Revolutionary Business Franchise To The US
With an impressive celebrity fan list consisting of David and Victoria Beckham, The Royal Couple, Elton John, Kate Moss, Lily Allen and a partnership with UK‘s James Caan, Goldgenie (www.goldgenie.com) founder Laban Roomes, has stirred quite the pot of golden luck for himself in the UK, appointing award-winning public relations
Norway Is The New Scotland - Award Winning Historical Romance Author Kris Tualla Creates 'Arizona Dreamin' - A Romance Reader Event'
The field of book publishing today is not only unstable - it is being totally reinvented. Bookstores, both large and small, are closing. Ebooks have taken center stage. The number of books published annually is increasing exponentially. In this new model, successful authors must bring their product directly to the readers.
Deck 84 to Host 'Paws for the Cause' Professional Networking Event 6-8 P.M. Tuesday, August 16
'Paws for the Cause,' a professional networking organization that raises funds for the Tri County Humane Society, will host its monthly social for members and the public from 6-8 p.m., Tuesday, August 16, 2011, at Deck 84, located at 840 E. Atlantic Avenue, Delray Beach, FL. Boasting nearly 300 feet
Author Richard Palombi Releases His Hilarious Third Book, 'Big Son N' Little Son'
Author Richard Palombi has released his new book, 'Big Son N' Little Son', The book serves as a follow up to his first two novels, 'Open The Door Richard' and 'The Geronimo Corndogs'. Big Son ‘n Little Son is a humorous tale of two farm boy cousins growing up in Texas.
© 2004 - 2022 openPR. All rights reserved. FAQ | Imprint | Privacy Policy | Terms & Conditions | Cookie Settings