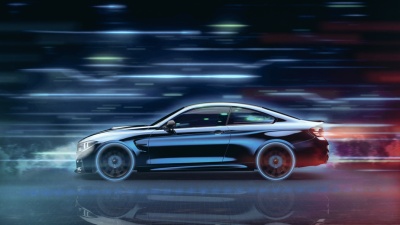 In 2017, the future of the global automotive industry is faced with certain challenges that could impact the value of the industry overall. Total shareholder returns and rising costs are proving to create a difficult course for companies to traverse.

At first glance, the global vehicles industry looks strong. Worldwide, sales have hit a record high, with 88 million in the year 2016. This is an increase of nearly 5 percent from the previous year. Moreover, profit margins for both auto manufacturers and suppliers have reached a 10-year high. However, there are two key performance indicators that suggest the global vehicles industry is in distress.

In the span of the last five years, the yearly rates of return were achieved for investors on the S&P 500 and the Dow Jones Industrial Average were placed at 14.8 and 10.1 percent respectively. In that time period, the total shareholder return for the average auto maker only reached 5.5 percent.

Return on invested capital is also a troubling sign. In 2016, the top 10 Original Equipment Manufacturers (OEMs) returned a frighteningly low 4 percent, which is an estimated half of the cost of capital in the industry. The top 100 suppliers did do a bit better, but they just barely beat the costs of their capital, which resulted in a very miniscule positive return. This was after several years of negative net returns.

These statistics virtually outweigh the positive earnings results and sales that did occur. These numbers illustrate that the sector is much less attractive, or a much less lucrative one to invest in, especially when compared to other industries.

openPR-Tip: This analysis suggests that there will likely be very few winners in the global vehicles industry within the span of the next five years, and even beyond. Companies that do stand out will be those that have taken advantage of their limited capital resources in the most creative ways possible; however, even in this case, the success will lead to navigation of a very unsteady and unfamiliar setting.

Rates of Return on Investment have Long been an Issue

The rates of return on investment have been an issue in the global vehicle industry for some time. This is one of the leading reasons why so many companies have gone bankrupt, or have hit near liquidations. Those companies that have survived have had to make major adjustments in order to save as much as possible on every facet of the vehicles that they manufacture.

In 2017 and looking even further into the future, the situation appears to be becoming even more ire. The capital cost is very unlikely to come down from the inflation-adjusted levels that they are already sitting at. Furthermore, new capital investments are being pushed toward other sectors, such as autonomous driving vehicles and connected cars.

Changes to Layout and Design could Also Pose Problems

The layout of virtually all vehicles has been relatively stable in regard to engineering and value. However, there is set to be a shift in the layout and design, which could spark even more troubles for the global vehicles market. Several new technologies, including 3D laminated glass, augmented reality heads-up displays that provide alerts for drivers and haptic sensors are all terms that are being tossed around. Moreover, there is an increased interest in changing the overall design of vehicles. The idea is to reposition the front passenger seat so that it can face rear passenger seats.

While these changes are certainly exciting, they pose definite risks for OEMs the suppliers: they will undoubtedly make engineering far trickier and much more costly. Software engineers will be necessary in order to ensure proper implementation and execution of such changes; not to mention, the overall design and build will be trickier. This equates to more materials and more experts that will need to be hired to turn these potential design changes into a reality.

The Outlook for Vehicle Manufacturers

Given the challenges regarding returns on investments and the constantly rising cost of manufacturing vehicles – especially when taking into consideration the new design ideas that are being suggested – there is no question that many car manufacturers will not be able to keep up with this volatile market. Over the course of the last few years, many companies have gone bankrupt or have reached near liquidation points. Needless to say, the companies that have managed to survive could see serious financial troubles in the very near future. This, of course, could lead to even more bankruptcies or near liquidations.

openPR-Tip: Furthermore, car manufacturers have to juggle the constant demands of ever-changing environmental regulations, as well as safety standards. These two factors also pose serious financial issues for many manufacturers into the future.

Paving the Way to Success

In order to avoid catastrophe, there are options available to vehicle manufacturers. Consolidation is one option. Companies can merge together, pool their resources and their ideas, and share the profits. While this may reduce profits for individual companies and shareholders, in the long run, it will actually lead to a better market. Since merging will make more money available to accommodate all of the increasing demands that are placed on automotive makers, OEMs will likely be able to reap more financial rewards when they are combined than they would if they were separate.

Companies that integrate would be able to take advantage of several benefits, including:

While yes, this market may be hitting a rocky road, there are several options available that could make the course much easier to navigate. By taking advantage of collaborations, car manufacturers may be able to see gain instead of loss, which could end up driving the global vehicles market up, instead of pushing it down.

The future sure is an interesting one for an industry that seems solid at first glance. Only time will tell what the future will hold, but one thing is certain: manufacturers and investors alike need to be willing to make changes.

Global Autonomous Vehicles Market Overview 2015
The reports provide key statistics on the market status of the global Autonomous Vehicles manufacturers and are a valuable source of guidance and direction for companies and individuals interest in the industry. The global Autonomous Vehicles Market provides a basic overview of industry including definitions, market size, Market Trend, Top
Global Snow Clearing Vehicles Market Overview Report by 2020-2025
Scope of the Report: The global Snow Clearing Vehicles market size is expected to gain market growth in the forecast period of 2020 to 2025, with a CAGR of xx%% in the forecast period of 2020 to 2025 and will expected to reach USD xx million by 2025, from USD xx
CNG Vehicles Market Overview – Key Futuristic Trends and Opportunities 2022
The Global CNG Vehicles Market Research Report 2017 renders deep perception of the key regional market status of the CNG Vehicles Industry on a Global level that primarily aims the core regions which comprises of continents like Europe, North America, and Asia and the key countries such as United States,
Engineering Vehicles Market Overview and Scope, Share by Applications Forecast till 2027
The Global Engineering Vehicles Market Report 2021 to 2027 could be a fundamental examination of the global analysis. Trending innovation, advertise drivers, sectional declination, analysis measurements, advertise forecasts, manufacturers, and hardware merchants are all included within the substance. The report incorporates a point-by-point examination of the Engineering Vehicles Market as
Armored Vehicles Market Overview by Technology, Application, Growth and Demand Forecast to 2023
As per the research, the global market for armored vehicles is likely to grow from USD24.8 billion in 2016 to USD36.6 billion by 2023. With increasing security concerns in the Asia-Pacific region and rising political disputes across the globe, the demand for armored vehicles is expected to gain traction during
© 2004 - 2022 openPR. All rights reserved. FAQ | Imprint | Privacy Policy | Terms & Conditions | Cookie Settings