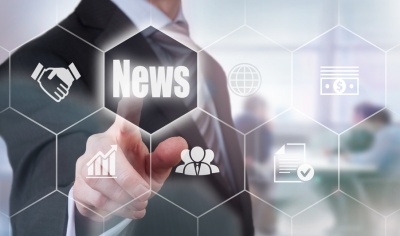 The term fake news refers to news stories that contain misinformation in order to deliberately misinform or deceive the public. It is a form of propaganda that is commonly used to influence the views of the general public or to attain spread political motives.

Description: This article defines fake news, identifies its purpose, and illustrates how it impacts society.

A lot of you read online or in newspapers, or hear on news stations may appear to be true, but in reality, are anything but true. Instead, it is a fabricated story that aims to misinform the public, sway their opinion, cause confusion, or push a political motive. Often, fake news is created and shared because the outcome of such information can prove to be profitable for a business or can help a political figure achieve his or her agenda.

Fake news is appears to be authentic news, but in reality, the information is fabricated and/or based on opinions. The aim of such news is to achieve a specific goal that would usually be viewed as negative or undesirable by the general public.

The History of Fake News

Fake news isn’t new. It has been around for millennia. People of power and governments have spread falsified information or opinions under the disguise of real news as a way to attract more support and increase their popularity.

The Increase of Fake News

Though fake news has existed for millennia, it was clearly biased. Add to that the fact that people became more accustomed to mass communication, and it was easier for people to differentiate between fake news and real news.

In recent years, however, fake news has become more widespread, and it’s now more difficult to differentiate between factual and fabricated information. This is largely thanks to the Internet and social media.

Before the Internet and social media existed, news was acquired from authoritative sources, reliable journalists, and reputable news outlets that were required to adhere to strict codes of conduct. However, the Internet has made it possible for information to be published, shared, and consumed by the general public. The editorial standards for this information are very low, as is the regulation.

With billions of people accessing the Internet and social media sites like Facebook and Twitter for news, it can be hard to tell if a story is credible and based on factual information, or if it is non-credible and based on fabricated information. The abundance of information coupled with the fact that many people do not take the time to fact-check the information that they read on the Internet and social media channels has led to an overabundance of fake news stories.

The most common types of fake news include:

How to Identify Fake News

The rise of fake news has lead to serious societal issues, creating divides and pinning groups of people against each other. It is important to know how to identify fake news to avoid spreading it and further fueling its negative consequences.

There are several ways you can identify fake news:

PB Millionaire Jim Lawlor Victim of Fake News
Lawlor Says: "Fame Comes With A Huge Price". San Diego, CA, USA -- There was a time, not long ago, when people would read the newspaper or watch a reliable TV Network to get their news. Not anymore. New York Times Reporter, Michael Lynch, wrote an article called: "Fake News and
Bristol Startup to Work with GCHQ to Reveal Fake News
Geollect is to be mentored on an AI scheme to help communities and businesses. Bristol, England., September 10, 2020 -- Bristol-based tech startup Geollect is one of 10 companies chosen to take part in a special mentoring programme being run by the UK’s intelligence, security and cyber agency. The
Author's New Book Set in the '70s Is Not Fake News
An idealistic young reporter risks her life to expose corruption in a small town in Digging, the first novel by author Lu Anne Stewart. In shaping the book, Stewart drew on her own memories of working as a newspaper reporter and editor in the late 1970s. “I wanted to capture the
Nupinion Launches Kickstarter To Fight Fake News And Social Media Bubbles
British Tech Startup Crowdfunds Free Website That Simplifies Getting Related News From Multiple Sources And Political Perspectives Oxford, United Kingdom: Today, Nupinion, a tech startup building free news discovery tools, announced the launch of a Kickstarter campaign to help fight fake news and social media information bubbles. After personally funding its
Verify.Wiki Fought against WhatsApp Fake News and Prevented Two Disasters in Chennai
6 August 2018 (New Jersey) - When Verify.Wiki LLC, a start-up that fights against False News by a methodology called as "reverse virality " by combining crowdsourcing with social networking, noticed the recent lynching cases in India due to Fake WhatsApp messages, it immediately sprang into action. The company picked
© 2004 - 2022 openPR. All rights reserved. FAQ | Imprint | Privacy Policy | Terms & Conditions | Cookie Settings