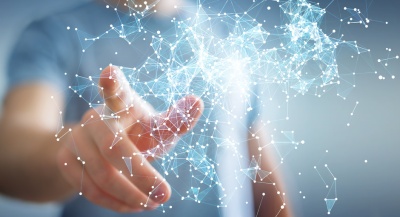 The sensors market is one that is growing rapidly with a CAGR of 10.1% year on year and an estimated value of %154 billion by 2020.

This should come as no surprise. Today we rely on technology to a greater degree than ever before for a wide range of different tasks and that use is only growing further. Sensors are critical to this because they give our technology a way to experience the world and to know what is going on. This makes our devices smarter, more interactive and more dynamic.

The pressure sensor market in particular has a wide range of applications and is likely to play a big role in this anticipated growth.

What is a Pressure Sensor?

The main kind of pressure sensor that likely comes to mind is the pressure pad. This is a pad that gets activated only when a certain amount of pressure is applied to it. This is commonly used in security installations, as it allows them to detect the presence of an intruder. Likewise, pressure sensors can be set to have a much higher activation point and this way might detect vehicles instead.

Big malls and supermarkets will often use pressure sensor pads in order to operate automatic doors. Likewise, garages and external gates might use pressure pads in this way too so that gates will open automatically when a vehicle arrives. Pressure pads are even used in traffic lights.

Pressure sensors of this type are actually pressure-sensitive surfaces. These create a circuit that closes when a certain amount of resistance is overcome.

Other Types of Pressure Sensor

Either way, pressure sensors are very useful for detecting these changes and can be used in a range of systems to help correct and manage said pressure.

A History of Valves

While you might think of pressure sensors and control as being something new, in reality they have been an important part of many systems for a long time. Valves for instance are used inside a range of historical applications and could be seen as being a means of measuring and controlling atmospheric pressure.

A valve is a simple device that is used in order to control the flow of liquids by opening and closing to different degrees and is often operated by turning a simple handle. While this device might seem deceptively simple however, it’s worth noting that valves allow for many of the things that we take for granted today and that make modern living possible. It’s thanks to valves that we have water pressure at all, and this in return means that we need valves to enjoy tap water and even central heating. Of course valves don’t just control our water either – they also control the flow of gas which means that they’re also necessary for gas energy and a range of other processes. They really rather indispensable.

As such then the valve has a lot of responsibility for the world that we live in today, and has allowed for many other developments that would ultimately shape history and culture. But where did it come from? Here we will look at the history of this little wonder.

While you might not think it, valves in some form or other have been around pretty much since historic times. Not in the sense that we’re familiar with of course, but in terms of regulating waterflow this is something that we were doing with twigs, stones and branches long before we invented iron pipes.

Of course though it’s a bit of a technicality to claim that this represents the invention of the valve, and really the valve in the sense that we traditionally think of it was developed a little later – of course by the Romans who also brought us such wonders as roads and central heating (the latter being reliant on valves to exist in the first place).

Back in Roman times when valves were first introduced they were made in bronze and were of the ‘plug’ or ‘stockport’ type – meaning that a blockage would simply be pushed in or pulled out to close or open the space in the pipe. Back then this was used to enable the transportation of water from rivers and fountains to villages at long distances thereby saving money on aquaducts. The material was rich in lead which today we try to avoid, but it was also anticorrosive and highly ductile.

After the many technological innovations of the Romans, things settled down for a while during the Middle Ages which saw considerably fewer developments. It wasn’t until the renaissance period (potentially brought about by the coffee house culture and the lack of reliance on alcohol to prevent disease in water) that progress began again and canal, irrigation systems and hydraulic constructions begun being employed. Leonardo DaVinci actually left behind some interesting examples and ideas for valves in his sketches.

Following this period of course was the industrial revolution and in 1705 one Thomas Newcomen invented the world’s very first steam powered machine. Of course, it was necessary here for valves to be used in order to keep the steam at high pressures, and around the same time valves went into mass production and saw many subsequent innovations leading to the world we live in today.

Other Types of Sensors and Why Sensors Matter

The sensors market is much bigger than just pressure sensors however and they will play crucial roles in the coming years.

Sensors are used in smart devices for instance such as mobiles where they enable us to detect movements (through accelerometers) and thereby enjoy tilt control in our games. More importantly, these sensors are what allow us to use virtual reality systems. A virtual reality headset relies on data from these sensors in order to know when a user is moving their head and then to change the images being fed through the screen in accordance. This way, a user can look around their 3D environment and the image will alter as it would in real life.

In the future, we are expected to see virtual reality and augmented reality systems that use entirely ‘inside out tracking’ for exploring the world with no need to be tethered to a PC. This will need to use even more advanced sensor solutions, such as dual camera set-ups that can measure depth and tell when we are walking toward or away from an object.

Of course, a wide range of other appliances use similar types of technology. Drones use gyroscopes and accelerometers to right themselves. Self-flying drones and even robotic vacuum cleaners meanwhile use proximity sensors in order to detect when they are too close to an obstacle and thus to evade it and avoid a collision.

We will likely see this combined with pressure sensors in order to provide advanced robotics with ways of moving around our world. In order for a robot to walk and navigate up stairs or inclines, it needs to be able to detect the amount of weight it is placing on each foot, it needs to know its own orientation, it needs to know the angle of the ground and it needs to check for obstacles.

In fact, the theory of embodied cognition tells us that all human thought may in fact come from our ability to understand our environment and thereby to internalize concepts. If we are ever to develop AI, it will likely require a significant amount of sensors!