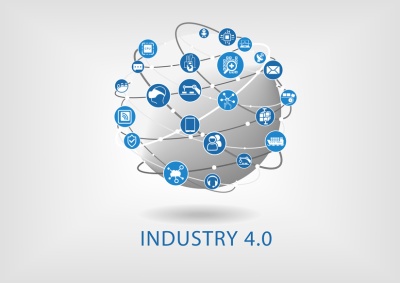 The global market for sensors was valued at an impressive $79.5 billion in 2013 and has been growing steadily since then. It is anticipated to reach $154 billion by 2020 with a CAGR (compound annual growth rate) of 10.1% year on year. In short, sensors are in high demand and that demand is only increasing with time. But why are these sensors so sought after, what are they used for and how do they impact our daily lives? This post will take a look at the global sensors market, its role, its size and its importance.

The global sensors market is expected to reach $154.4 and to enjoy CAGR of 10.1%. This is impressive growth for any market, and especially one that isn’t as high profile as many others.

The sensor market is huge and very varied. Sensors are used in a wide variety of different devices found around the home and in an industrial/corporate setting. These include biosensors, chemical sensors, image sensors, flow sensors, level sensors and more in the industrial market, as well as reverse sensors for cars, humidity sensors in hydroponics, light sensors and motion sensors in smartphones and much more.

Sensors work by detecting changes in the environment, which can take a wide variety of different forms and which have a vast range of different functions and applications.

Sensors are components in our electronic devices and in many industrial applications that work just like our own human senses. For instance, a light sensor works like parts of the human eye and can detect the amount of ambient light in a room. Gyroscopes and accelerometers can detect rotation, momentum and movement and work similarly to the inner ear in the human body.

Let’s run down some of the different types of sensor, how they are used and why they are currently in such high and increasing demand.

Accelerometers: Accelerometers in consumer electronics are used in order to detect the orientation of phones and tablets and can also detect subtle tilting or shaking. This allows an app or OS to change orientation along with the device when users tilt their phones on the side to gain more screen real-estate in the width. Likewise, it allows games like racing games to be played using the tilt controls. Google Maps has a feature where it will ask for feedback if someone shakes the device out of frustration!

Compass: Of course, compasses are used in a variety of different devices and gadgets. This allows a phone, a GPS or even an analogue device to find the north direction. This is useful for maps and navigation apps, as well as for the likes of augmented reality.

Ambient Light Sensor: The ambient light sensor is often used in order to set screen brightness on our devices. This way, screens can use minimal battery power while still maintaining optimum visibility. A light sensor works by using a photodiode. This is a device that is sensitive to different spectrums of light and which is able to convert light into current. This is normally located on the front of the mobile phone at the front. This prevents it from being covered when the phone is placed on its back on a table.

Proximity Sensor: Proximity sensors are used by mobile phones in order to detect when the phone is close to the ear. They are also used in cars where they can form the basis of a reverse indicator.

Proximity sensors work by sending out signals – either infrared or sonic – and then waiting for them to bounce off a surface. The amount of time between the signal being emitted and then returning to the initial device will give some indication as to the distance of the

Touch Sensors: Touch sensors are capable of detecting touch from a human. You could consider the entire screen of a mobile phone to be a giant touch sensor – this is called a capacitive touch sensor. This ultimately works by allowing the finger to provide the conductor.

There are many more settings used in industrial and corporate settings. For instance, these include the temperature sensors, which can include thermistors, thermocouples, RTD’s, ICs and more.

Flow sensors include electromagnetic, differential pressure, positional displacement, thermal mass etc. Flow meters are forms of flow sensors that are fitted into pipes and which can be used to monitor the amount of liquid or gas flowing, as well as the pressure etc. This can be very useful for systems monitoring as it allows a mechanism to monitor its own performance and to flag up concerns, thereby potentially avoiding catastrophic errors and losses.

Then you have biosensors, including resonant mirrors, electrochemical, surface Plasmon resonance, and you have a range of others such as moisture, humidity, speed, mass and more.

The Importance of Sensors

Sensors are crucially important for a wide range of tasks. Ultimately, their usefulness boils down to their ability to allow a system to recognize its own place in the world, as well as to monitor itself and measure and manage its own performance.

The former factor means that sensors are likely to increase in demand as we see increasing ubiquity of technologies such AR and VR. These technologies allow us to walk around virtual worlds, or to see virtual objects placed into the real world – but to do this they need situational awareness. Likewise, self driving cars will rely on computer vision but also a variety of sensors. AI is likely to require some understanding of the world around it.

Meanwhile, monitoring through sensors can help to save companies billions of dollars, meaning that the demand for this technology is highly unlikely to diminish any time soon. This is a large and growing market and one that will likely see some impressive transformation going forward too.