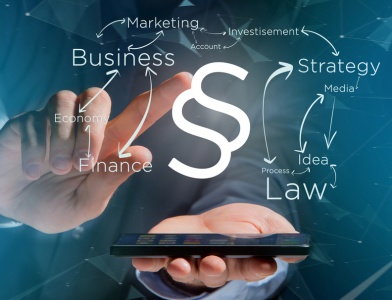 The technology market encompasses many more, smaller markets. Technology includes everything from smartphones and other smart devices, to the internet, to virtual reality. It encompasses many of the innovations that have changed our lives today, as well as many more that will continue to transform our lives over the coming decades. Investing in technology seems like a sure bet. But is it really? Let’s take a look at the state of the market. The technology market is one of the most rapidly growing markets in the world and one that is likely to end up shaping our future over the coming years.

The world we live in today has been driven largely by technology in one form and another. From healthcare, to travel, to entertainment, there are no areas that have not been touched in some way by technological progress. So, what can we expect to see over the coming years? Is technology going to continue growing at such a steady rate? Or has it already slowed down? And can you really rely on any technological investment to be a savvy way to keep your money?

Moore’s Law and the Growth of Technology

Moore’s Law tells us that technology will roughly double in power each year. Or at least this is often what it is taken to mean. Actually, Moore was talking specifically about the number of transistors that could fit onto a chip in an affordable manner – with transistors essentially providing the brains of any processor.

Take a look at the smartphone in your pocket though and that may not seem to be happening. It might seem as though it is roughly the same as it was two years ago. It still isn’t used for much more than Angry Birds and some photos. This may be why interest in new hardware is statistically waning.

Where’s all that promised technological improvement? And not only that, but you might be forgiven  for thinking that the technology on display today is somewhat uninspired in terms of design. Nearly every smartphone looks the same. Again, where is the progress. Why would you consider investing?

Well actually, there is a whole lot going on under the hood. Largely, we have reached the point where everything we want to be able to do on our phones is already possible. We don’t quite have a compelling use for all the power and technology on offer.

What’s more is that there are plenty of ways that this technology is being used under the hood. For instance, while graphics might not have any more 3D detail before, they are now being displayed on screens with double the pixel count… or more! This of course requires considerably more processing power.

Likewise, machine learning makes itself known in subtle ways behind the scenes too. For instance, did you know that machine learning is what allows a camera to identify objects in a scene? Therefore, by using a dual camera set-up, it can separate foreground from background as we see in the new iPhone’s portrait mode (this is technically known as ‘bokeh’.

In fact, machine learning and artificial intelligence are going to be big drivers that push the future of our hardware. That’s why the Kirin 970 chip – which has 5.5 billion transistors (over half the number of people on the planet!) is designed specifically to be an ‘AI’ SoC. This is a chip that will deliver the artificial intelligence capabilities of something like Siri or Google but natively on the phone.

Machine learning and depth perception is also what allows augmented reality to work. And it’s what will allow virtual reality to work in the near future, as demonstrated by Google’s ‘Tango’ system. This will eventually enable smartphones to offer ‘inside out’ tracking for virtual reality applications. Imagine being able to run and jump inside a virtual world.

openPR-Tip: Imagine how that could transform fitness, computer games, social interactions… Imagine being able to stand at your dining table and play cards with a friend as though they were right there even when they’re thousands of miles away. Imagine if you could do that with zero wires.

Imagine being able to look around your room through your visor and deciding you’d like to carry on watching TV… but in a rainforest setting! This requires huge processing power and it requires incredibly high resolution displays in order to offer it all at a crisp resolution. The point is that right now, technology has overtaken the uses we have for our devices. But this is about to change in a big way as that same technology is starting to birth entirely new use case scenarios – entirely new possibilities. This will be what creates the demand!

All this is before we have even considered the numerous other sectors too. The Internet of Things (IoT) for instance is widely expected to become a huge part of every day life in the next few decades. Eventually all our devices will be able to talk to one another and we’ll have no need ever to remember to turn the dishwasher off or even order milk!

Electric cars are likely to grow massively in popularity over the coming years. Space travel will very likely play a huge role in our economy as we begin mining asteroids and nearby planets for precious minerals and other resources. The video game market – which is already bigger than Hollywood – is only likely to grow too, again as technology gets even more capable. And who knows what impact transhumanism could have among all this.