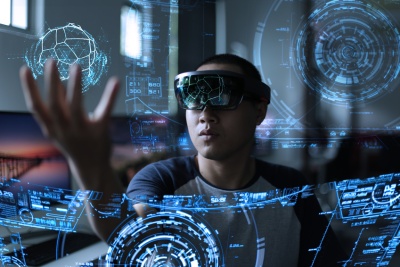 Few markets have experienced so much stopping and starting as the virtual reality market. Finally, we live in a time where VR is starting to develop and grow as an emerging market thanks to the likes of the Oculus Rift and the HTC Vive. But has the market already stalled again? And what does the future hold?

The virtual reality market is the market that was once anticipated to change the world. Virtual reality was something we were promised in science fiction for many decades. Films like Lawnmower Man and Tron promised that someday, we’d be able to step into entirely virtual worlds. And a few technologies even tried to deliver on that promise. The most famous (infamous?) was the ill-fated Virtual Boy from Nintendo.

But it wasn’t until very recently that technology finally caught up with the promise. Finally, we live in a time where the virtual reality market exists and is growing. But what is the future like for this fledgling industry? Is this the time that VR succeeds? Or are early warning signs enough to predict a stumble?

The VR market was entirely revitalized just a few years ago when an inventor named Palmer Luckey introduced the world to the Oculus Rift via Kickstarter. This was a cobbled together VR solution that involved a high resolution display mounted to a headset and viewed through two converging lenses. This provided stereoscopic ‘3D’ vision. Accelerometers and other sensors were included to allow the image to ‘track’ the movement of the head and this allowed a wearer to immerse themselves in the game world.

Kickstarter is a crowdfunding site where users can spend their money to see exciting projects become a reality. The Oculus Rift proved to be highly successful here, raising a whopping $2.4 million USD and demonstrating a very real demand for this kind of technology. Shortly after, the first prototype known as the DK1 was unveiled and sent out to developers. And before long, Facebook had made an acquisition for $2 billion placing huge faith in this market. In 2016, the CV1 (consumer version 1) was released to the public.

Around the same time, HTC and Valve also partnered to create their own solution: the HTC Vive that was revealed around a similar time. Initially, the Vive was more expensive than the Oculus Rift but had a significant advantage in the form of roomscale tracking. This used a constellation of sensors in order to track not only the head position of the user but also their physical position in space. Wearers could not only see in full 3D and 360 degrees, but also get up, walk around and fully interact with their 3D environments using motion-tracked controllers to grab at things in the real-world.

openPR-Tip: Hugely prohibitive pricing and market dilution resulted in somewhat disappointing sales for these two headsets and the market seemingly stalled for a short time, though enthusiasm didn’t wane.

Meanwhile, cheaper alternatives had more success. The Gear VR from Samsung was the result of a partnership with Oculus, and enabled users to enjoy basic headtracking VR using a smartphone as the display. This was a step-up from Google’s Cardboard which was a very cheap option for turning any phone into a headset using a disposable cardboard solution. Eventually, this developed into Gear VR competitor ‘Daydream View’.

Growth and the Future

Several factors began to play into VR’s favor during 2017 however. Firstly, Oculus finally announced its Touch controllers which came with additional sensors for tracking movement. For the first time, Oculus users could enjoy ‘roomscale tracking’.

The Playstation VR headset meanwhile provided an option for users to enjoy VR without expensive PC ‘rigs’ via a Playstation 4.

And then a price war broke out between HTC and the Vive which drove millions of new users into VR. It is estimated that we will see 171 million users by 2018. The future of the market is also bright. For one, Microsoft is poised to enter the fray with native VR support through Windows called ‘Mixed Reality’. Cheaper headsets will be made available, including Microsoft’s own incredible Augmented Reality solution: ‘HoloLens’.

Another interesting new initiative will be the standalone headset from HTC. This will use ‘inside out tacking’ meaning that users can explore virtual environments with no need for sensor array setups and no wires tethering them to a desktop. The technology uses computer vision by combining dual lens cameras and a range of motion sensors in order to calculate a user’s position in relation to surrounding objects.

With lower prices and less set-up, VR technology promises to become more and more accessible for the mainstream. And with more and more users already on board and increasingly joining the fun, developers will have more incentive to create content for the platform – further driving more users.

But the future of VR does not lie in gaming alone. In fact, there are countless potential uses for this technology. The same goes for AR (which involves overlaying digital imagery over the real world).

For example, VR can be used therapeutically in order to help treat phobias and other issues. It can be used in order to create a sense of presence in a remote location and to thereby operate machinery with precision. It can be used for productivity too: imagine entering an office with a 100 monitor setup that harnessed cloud computing to give you access to unlimited processing power and storage.

The app Tilt Brush has already demonstrated the incredible potential of VR as a tool for creativity and there are similarly options for 3D modelling and more. Travel and education may change, as might training for sporting events. The game Eleven is said to emulate table tennis so accurately as to potentially improve performance for players with no need for actual physical practice. When the weight and heat of VR headsets is reduced, this could be used for sports and exercise. In short, the potential for VR is near-limitless and the market is finally poised to take full advantage of that possibility.