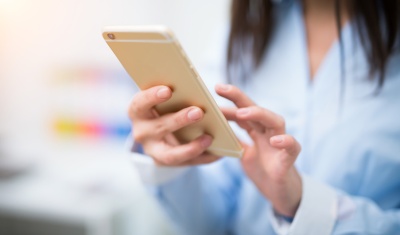 The mobile phone market is a huge industry and one that is very likely to continue to grow and to shape many more markets in the coming years. This post explains why it has a huge CAGR of 15% despite recent slow-down and what the challenges the market might face will be.

The mobile phone market is a huge market that is quite different today than at any point in the past. Once upon a time, a mobile phone was a device you kept in your pocket for making calls. This was a device you’d use to catch up with friends, to arrange meet-ups, to book appointments and to deal with admin and correspondence.

But a lot has changed since then. Today, the mobile phone is a fully-fledged computer and one that has a huge amount of potential uses. Mobile phones combine a lot of the technology that you would find in a PC – in fact mobile technology is at the point where it is as powerful as a top-of-the-range computer from only a few years ago. This is combined with a high definition display, a powerful camera, highly functional software and a whole ream of sensors. Today we use mobile phones for everything from managing our social media, to sharing photos, to playing games, to browsing the web. They can even be used for work!

It should come as no surprise then that the mobile phone market has grown in recent years and that it is forecast for continued growth going forward. Right now, it has a CAGR of 15.35%. In 2016 alone there were 1.5 billion units shipped.

The State of the Market

Despite the massive growth of smartphones when you look at the bigger picture, the reality is that smartphone sales have actually slowed down. In 2016, the growth slowed to 7% which was a massive drop from 14.4% the previous year.

Right now, if we look at the statistics, we can see that interest in new ‘flagship’ mobile phone releases has significantly waned. The general consensus among the phone-buying public is that smartphones are no longer as interesting or exciting as they once were. Nearly every smartphone looks essentially identical, being little more than a square with a screen on the front and some capacitive touch-sensitive buttons along the bottom.

Now that most phones are capable of doing most things, there is less reason to upgrade to faster chips or more high definition displays. Even displays are starting to plateau as the highest 4K resolutions begin to reach the point of near retina – meaning that they are at the point of being so high definition as to match the definition of the human eye!

Several high profile devices have experienced technical issues and marketing blunders. The Samsung Galaxy Note 7 famously overheated and exploded and needed to be recalled. The Pixel 2 just out has numerous screen issues. But a number of different factors are going to ensure that smartphone sales pick up again in the coming years and have prevented this damage from being too severe.

Here in the West, we have seen the introduction of the super flagship. Prices have sored up as the amount of technology packed into these small devices reaches unprecedented levels. Not only does this increase the maximum earnings for OEMS but it also creates gaps in the market for smaller manufacturers to fill.

And fill it they have. Some of the biggest growth in the mobile phone market is seen in countries like China, India, Indonesia and Sub-Saharan Africa. In India, over half of all smartphones sold cost less than $120. The market has grown into new territories with more cost effective options and this has led to a lot of growth.

Chinese manufacturing is also maturing. Devices like the Oppo, the OnePlus and Blue (though manufacturing is outsourced) are all starting to compete. Other ‘cheaper options’ are likewise making strides. The Huawei Kirin 970 is one of the most powerful chips that will be introduced this year and this from a company that made the cheaper alternatives (the Honor line of phones) and was known primarily in that capacity.

And while might not be obvious to see where the development has been happening in some of the leading manufacturers, the reality is that quite a lot has changed under the hood. Dual camera set-ups like those found on the Note 8 for instance, actually used advanced machine learning in order to differentiate between the foreground and background in photos. Even the single-lensed Pixel 2 camera uses advanced HDR+ in order to achieve a similar effect while enhancing low light performance.

openPR-Tip: Meanwhile, all of Samsung’s latest flagships have had the ability to be used with their Gear VR headsets. Mobile virtual reality is an emerging market and if initiatives like Google’s Project Tango succeed, then we might seen ‘inside out tracking’ within the year.

The driving force behind the increased transistor density of the Kirin 970 chip meanwhile, is artificial intelligence. The hope is to make a device that has AI built into it, so that users don’t need an internet connection in order to make use of virtual assistant services.

The smartphone market drives many other markets and industries. For starters, the technology used to make a smartphone work is itself responsibility for a lot of growth and development.

A smartphone will require a SoC which is a ‘System On a Chip’. This includes the Processor which is the brains of the device, as well as RAM and an integrated GPU. On top of this you have numerous sensors, which include various motion sensors (crucial for VR), GPS (for navigation), light sensors and more. The screen itself packs a lot of technology with manufacturers having the option to choose between LCD and Amoled. In the future, we may start to see foldable displays, potentially blurring the line further between tablets, smartphones and computers. This is known as convergence. Smartphones are massive and there is a big future for the market.