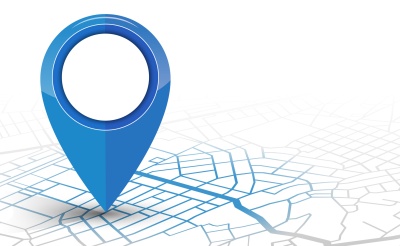 GPS is the abbreviation for Global Positioning System, a satellite navigation system that is used to identify the position of an object on the ground. The system relies on a collection of about 30 satellites that orbit the globe, allowing people to determine a geographical location via a ground receiver. GPS is an acronym or abbreviation that stands for Global Positioning System. This system is used to pinpoint the geographical or ground location of an object. GPS systems have become the go-to source for directions that lead to different objects, such as addresses for specific locations.

GPS technology was  initially designed and implemented for use by the United States Department of Defense, who put the satellites that are used for the navigational system into orbit strictly for military use. However, in the 1980s, GPS was made available for civilians to use, but the receivers that were used to access GPS information were very expensive, so civilian use was limited.

By the mid 1990s, mobile devices that were designed for everyday people became widespread and were readily available. As such, the cost of the receivers that were used for GPS decreased. Additionally, the mapping data also become quite inexpensive or was free. As the price of receivers fell, devices that can be used for GPS started to increase in popularity. Today, they can be seen in everything from smartphones to devices that are built-in to vehicles.

GPS: How It Works

The Global Positioning System consists of about 30 satellites. These satellites orbit the earth at a height of around 26,000 km. The satellites are owned by The United States Department of Defense, though anyone who has access to a GPS receiver can use the signals that the satellites product.

The satellites that are used for GPS orbit the earth twice a day in a precise patter. Each one sends a unique signal, as well as an orbital parameter, both of which allow GPS-enabled devices to determine the exact location of a satellite. Receivers then use the information from the satellites to pinpoint the exact location of the people who are using them. In essence, a GPS receiver calculates the distance between each satellite by determining the amount of time it takes to the device to receive a signal that has been transmitted.

Known as “geolocation”, GPS has become a big trend in marketing. Advertisers use the geographical information they receive about users and then send them information that pertains to the area they are located. For example, a user may receive recommendations for restaurants or other points-of-interest on their Facebook app when they are in a specific area, or they may be encouraged to share photos or posts about a specific location once they enter that location.