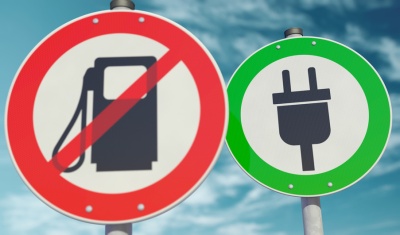 With Tesla, Elon Musk took something of a massive leap and a massive gamble – as he has rather been known to do! Many speculators and pundits scoffed at the idea of electric cars and pointed to limitations with batteries and charging. So, what about now in 2017? How is the electric car market shaping up? Is this a good time to invest in Tesla Motors? And was Elon Musk right?

Moreover, will we all be driving electric cars in the next few years?

The Electric Car as Proposition

On paper, electric cars are at once highly appealing and somewhat concerning. Electric vehicles have an instant futuristic appeal, seeing as they do away with the reliance on fossil fuels and offer a compelling alternative that feels like it comes from the year 2099. These cars are quiet, they don’t produce emissions and they have a sleek, modern design.

But they also come with significant drawbacks. They are expensive, they need charging which takes hours, and it’s hard to find a charging station if you’re out on the road and you run out of fuel.

Fortunately, Tesla has addressed at least a few of these issues already.

One of the biggest concerns for electric cars then is the lack of places to charge. Well, for those living in California this may no longer be a problem thanks to Tesla Motors’ 2013 announcement of a network of ‘Supercharger Stations’. Six locations in all will receive these stations throughout California, Nevada and Arizona and this will provide the Model S with ultra-fast charging. And for green enthusiasts what makes this even sweeter is that the chargers are solar powered – courtesy of a design from Solar City – so there’s no strain on the environment at all. Still not good enough for you? Well over the course of the year these charging stations have been designed to generate more electricity from the sun than is likely to be used by Model S owners – meaning the stations will actually be delivering energy to the grid.

These solar ports provide an impressive 100 kilowatts of power over the course of 30 minutes while the driver presumably grabs some lunch, and in the future this may increase to 120 kilowatts.

Of course, this is great news for California and the surrounding states, but could leave ecofriendly motorists from elsewhere feeling an entirely different kind of ‘green’. The good news is though that the following year Tesla also had plans for the Superchargers in a range of high traffic corridors throughout the US – between Vancouver and San Diego, Miami and Montreal and Los Angeles and New York. And by the latter half of 2013 they had alreadyexpanded to Europe and Asia as well.

Today, you can find superchargers even in sleepy villages around the UK at train stations. Of course, there are still areas with lesser coverage, but this is something that Tesla aims to rectify over time. And if their progress so far is anything to go by, it’s looking good for the future of the electric car.

This could genuinely be a huge game changer for electric powered cars and for Tesla itself, as finally the vehicles are not only affordable, but also practical. Of course the Superchargers are still going to be fewer in number than gas stations and this may still demand some more careful planning before you set off on your journeys. Obviously, there’s then also the slight time difference in topping up – which will take thirty minutes of charging rather than five minutes of pumping - but still this is a huge step in the right direction and if Tesla make good on their plans and if the Supercharger stations deliver as promised, hopefully more will spring up around the globe and more people will be tempted to start embracing electric vehicles.

While the Supercharger stations no doubt did a lot to bolster the fledgling electric vehicles market, so too did the success of the Model S. Previously, car enthusiasts had bemoaned poor acceleration and top speeds. But the Model S was the first electric car that car lovers could love.

The Tesla Model S boasts an 85kWh battery that is capable of pumping 270kW of juice to the rearmounted AC induction motor. This results in 443 pound-feet of torque delivered to the tarmac and when you combine this with 416 horse power you get an impressive 0-60mph in 4.2 seconds.

The Model S has 7,000 lithium-ion cells which give the Model S an impressive 265 mile range. This will right away reduce the risk involved in using electric vehicles for travel - you won't need to refuel at any point for the majority of journeys and can instead worry about that before you leave and once you get back.

What's even more promising for the future of electric transport however, is the prospect of Tesla's 'Power Stations'. These refuelling stations should be popping up all around the world soon, making it relatively easy for most people to refuel while they're travelling should they need to.

And if you were looking for a cool gizmo to help sell your Model S to friends, then the smart start feature should do it for you. When you approach your vehicle with your keys in your pocket, wireless communication will allow your car to unlock and open for you saving the effort of so much as turning the key. Then, once you sit in the driver's seat with the keys in your pocket, your Model S will recognise you by your weight and the dashboard and everything else will spring instantly to life. Now that's flashy.

The State of the Industry

Right now, it appears as though the electric car industry is starting to gain the momentum that Musk always hoped it might. Dyson announced that they will be making electric cars from 2020 and many more companies are entering into the race. Far from being threatening competition for Tesla, these companies help to make the entire concept of the electric car more commonplace, while Tesla will likely remain the leader.

Tesla is now poised to release the Model 3 and the Model Y, both of which will be cheaper and more mainstream that those before them. And no doubt investors will also take note of the fact that Tesla is worth more than both Ford and GM, despite its tiny 1% share of the market. With new laws and regulations pushing for hybrids and electric vehicles, the future finally looks very bright indeed for the electric car market.