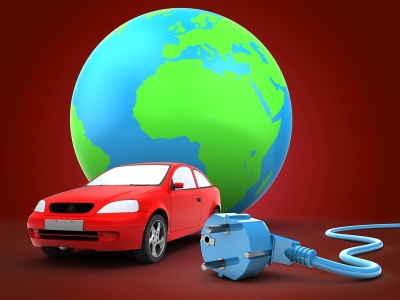 The global electric car market is a huge market that is set to grow exponentially in the coming years. With the success of Tesla, more companies are following suit with electric vehicles. And as laws regarding emissions become more stringent, you can bet even more will get involved soon.

Of course, this has numerous advantages, because it means:

In short, electric cars are anticipated to be the future which is possibly why the market is growing so rapidly and why so many people are investing in electric vehicles. Tesla is currently the most valuable car manufacturer in the world and it ahs big plans in future: from giving us more and more ‘power stations’ so that users can top up wherever they are, to releasing more vehicles to suit a variety of different needs. Today you can even find Superchargers in quiet, sleepy villages!

And as laws become increasingly stringent, this becomes an even more important market.

Electric Cars and Formula One

But electric cars aren’t just for commercial audiences. Did you know for instance, that electric cars and fuel efficiency in general are actually at least in some part being driven forward (no pun intended) by Formula One?

Back in 2011 when Martin Whitmarsh became chairman, the Formula One Teams Association (FOTA) began monitoring the emissions that the teams were responsible for between them. This doesn't just include the emissions caused during races, but also those created during development, construction, practice and more.

So now that FOTA have decided to stand up and take notice of emissions, what do they actually intend to do about it?

Well since then they have been setting targets to cut emissions and has managed to make some serious strides as a result - in 2013 emissions were cut by an impression 7% overall. This year new regulations have meant that all cars now use 1.6 litre engines as opposed to the old 2.4 litre standard. At the same time, fuel consumption has to fall to 40% less across each season - which is of course a huge change. Impressively though, the Federation Internationale de l'Automobile (FIA) promised that this would result in no loss of speed and that the sport would be just as exciting.

So how is this possible? Using the same engineering prowess that makes those cars so powerful and entertaining to watch in the first place of course.

For instance, one new technology is called 'Ters'. This stands for 'Thermal Energy Recovery System' and works by harnessing the energy produced when braking. When the brakes are put on at high speed this of course generates a lot of heat and a lot of friction. Normally this is wasted and in fact can be a bad thing, but with this new system that energy is stored which enables the cars to generate the same power while using 30% less fuel.

Williams developed a Kers system for Formula One in 2001 but dropped it after the FIA changed some of their rules. Now though the technology is already being used for trams, power grids and buses.

And it might not be long until we start to see this kind of technology in commercial vehicles. Regular cars don't generate quite as much heat in the brakes, but there's still energy there to be used and BMW are already looking into waste heat conversion (from exhaust among other areas). This is a great example of formula one leading the way and inspiring better efficiency across the automotive industry.

openPR-Tip: So in short, Formula One has introduced rules that force their competitors to think about engineering. By challenging them to lower the sizes of the engines they use, and by setting specific goals, they force engineers to think of creative new ways to save energy and at the same time improve the image of the sport. This is something that everyone can benefit from, and these kinds of changes are only like to continue going forward. This demonstrates just how important efficiency is for all kinds of markets and explains why innovations like Formula E are on the horizon too…

As though that was exciting enough, 2014 will also see the introduction of a new sport entirely: Formula E. In case you haven't guessed, that's a championship specifically for electric cars. Ten teams have already signed up to the international competition including teams from both China and the US. One team, Drayson Racing, only recently managed to break the world speed record for electric cars - it's easy to see how this could benefit the electric car industry. The series is going to take place in 10 cities around the world to maintain the international flavour and will be right in the heart of the city (Tom Philips who is a spokesman for Formula E claims that it makes sense as they are built for urban areas).

Technically called FIA Formula E Championship, these cars will be able to accelerate from 0-100 km/h in just three seconds and will have a maximum speed of 220 km/h; really showing that we don't need to pollute the atmosphere in order to have an exciting race. Noise decibels are expected to be around -80dB and pit stops will be based around batteries running out of charge. As electric cars take a while to charge, the driver will actually have to run 100 meters to get into a waiting vehicle.

Whatever your thoughts on electric cars, there's no denying that this sounds like a highly exciting competition and even more exciting for our efficiency in general.   There was a time when it was war that forced us to improve our technology and that drove innovation. But now it's competition and as Formula One teams battle for supremacy on the tracks, it's the efficiency of our vehicles and the health of the planet that will be the true victors.