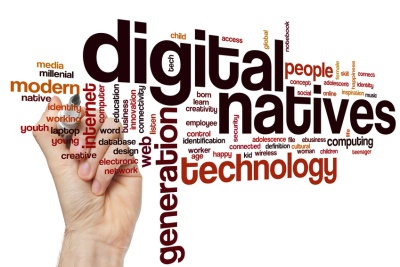 The term ‘digital native’ refers to any person who was born after digital technology became widely adopted. It doesn’t encompass a specific generation, rather it is an umbrella term for anyone who has grown up using various types of technology, such as computers, tablets, smartphones and the Internet. Not all children are exposed to technology, therefore not all children who are born today are considered digital natives.

Digital native is a post-millenial term that was coined in 2001 by the American author Marc Prensky who wrote the book “Teaching Digital Natives”. It refers to people who were born after technology use became widespread. It describes anyone who has grown up using technology, such as computers, laptops, tablets, smartphones and other devices that provide access to the Internet. A digital native is different than those who are considered digital immigrants, or people who were born prior to the widespread use of technology – the ‘analog age’ – and immigrated the new digital era. Other than the fact that digital natives have been exposed to technology since birth and digital immigrants were exposed to it after, the primary difference between the two groups is that digital natives are more adept to technology.

A strong divide exists between digital natives and digital immigrants in that there are conflicting ideologies between the two groups regarding digital technology.

Technology has become a fast-paced way of life. Innovations in the tools that are available are happening faster than ever before. In fact, it is not uncommon for new technologies to antiquated even before they are offered on the market. Digital natives are able to stay abreast of the advances in technology; however, digital immigrants struggle to keep pace. This leads to several conflicts:

John Palfry, a law professor and teacher, states that there are several notable difference between digital natives and digital immigrants. This is particularly true in regard to the way that people view relationships, and how they obtain information. According to Prensky, the largest problem that the new digital world faces is education. The reason being that instructors are digital immigrants and speak a language that is outdated to digital natives. This makes it difficult to teach a group that speaks a completely different language. Digital natives have had more exposure to technology, and that has altered the way that they interact with and respond to technology.

Though teaching teachers how to utilize technology has been a primary goal in recent years, digital immigrants are still unable to teach digital natives how to comprehend an environment that is completely ‘native’ to them, and yet is ‘foreign’ to immigrants.

As such, today’s educators have a difficulties with their proficiency regarding technology and they fail to integrate technology into the classroom. Moreover, teachers are often resistant to the idea of integrating technological devices in instruction.

This can lead to issues with

If they are not being presented with the tools that allow them to learn the best, they may not be able to absorb as much information. Furthermore, not being provided with the appropriate tools could lead to acting out and other behaviors that are considered disruptive.

In order to meet the learning needs of digital natives, Prensky states that educators have to modify their methods of teaching. They need to shift away from traditional approaches that digital natives consider ‘disconnected’ and are unable to comprehend. Prensky states that while teachers may not be as proficient in technology as their students and they may be wary of it, it is crucial for them to understand the unique learning opportunities that digital tools can offer students.

Some of the benefits that technology offers today’s classrooms of digital natives include:

openPR tip: Some experts recommend using the gamification as a way to teach valuable lessons on all topics. Through this process, students are provided with an interactive environment that they can engage in and hone important skills, such as problem solving, critical thinking, collaboration, and technological literacy.

Furthermore, many people are displeased by the fact that the term ‘digital immigrant’ does not take into consideration the fact that a large number of people who are considered a part of this group actually invented, designed and developed these technologies, and were the first to use them. As such, these people could ultimately be considered the original digital natives.

Given this information, controversy surrounds classifying specific groups as digital natives and digital immigrants. There are immigrants that have more knowledge about technology and are much savvier when it comes to using it than some natives are.

By the year 2020, Prensky believed that people around the world will be tapped into the Always On Real Time Access (AORTA), a term that Mark Anderson, the head of Strategic News Service, coined. In other words, in the not-so-distant future, Prensky believes that people will at any time and in any place.

This does give rise to certain concerns, particularly in regard to communication, relationships, and even safety. At the rate that technology is advancing, however, it does seem likely that much of society will soon be plugged in at all times, wherever they may be.

Digital Natives: Video Strategies for Millennials and Gen Z
ReportsWorldwide has announced the addition of a new report Digital Natives: Video Strategies for Millennials and Gen Z to its growing collection of premium market research reports. The Internet has changed the way young consumers watch video content, placing similar values on low-cost digital video and big-budget professionally produced video. Content
How does ENI approach digital transformation?
Globuc team spoke to Digital Executives at Eni to establish how do large oil & gas companies develop their digital transformation strategy, and specifically what is ENI’s strategy when it comes to developing digital agenda. “We have a very large and broad scope of programmes within our digital agenda. First of
Berlin Blockchain Week: a platform for collaboration in the community
Berlin Blockchain Week will take place from the 25th till the 29th of March 2019. It has been conceptualized to rapidly increase the exposure of start-ups or corporates to emerging technologies, strengthen their network and learn about the latest trends in the Berlin ecosystem. BBW is aimed as well at
Platform for Emerging Creatives Readies to Launch in Sydney
In October of 2021 a new era creative talent platform called Experlio will be launching to the world. The platform aims to support the discovery and growth of top emerging talent through engaging online experiences. With 55% of Gen Z considering themselves creative and the swift rise of new creative mediums
Luxuria Productions To Launch e-Fashion Magazine
Luxuria Productions will soon launch a global digital fashion magazine. The fashion magazine will provide a platform for the emerging modeling talent to showcase their talent and boldness to the whole world. Industry-wise, digital fashion magazines offer new places to pitch for the models and provide a valuable part of
© 2004 - 2022 openPR. All rights reserved. FAQ | Imprint | Privacy Policy | Terms & Conditions | Cookie Settings