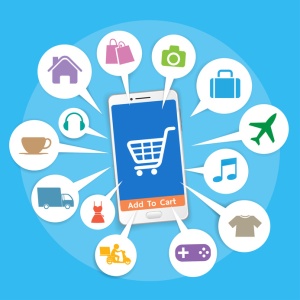 The consumer electronics market is growing more rapidly than ever as we continue into the digital age. Smartphones have become an absolutely indispensable part of our lives, while other technologies such as home computers, games consoles and more permeate much of our spare time and workflow. Newer and more exciting technologies lie just around the corner, with virtual reality, augmented reality, cloud computer, AI and more all waiting to change the world in meaningful ways.

This is a market space that has been growing at a rapid rate over the past several decades and that is only estimated to grow even further over the coming years. In this post, we will take a look at the consumer electronics market as it stands today and what the future holds for this critical vanguard of industry.

One of the largest sections of the consumer electronics market is the smartphone industry. Smartphones are the mobile devices that many of us carry in our pockets and use to make calls and stay in touch. Of course, the typical mobile phone has grown in terms of what it is capable of and what we can expect from it and today includes many features that wouldn’t have even been possible a few years ago.

The typical smartphone is at once a primary communications device used for making phone calls, sending texts and other kinds of messages and receiving emails. However, it is also the device that most of us will reach for when we need to look up something online or if we want to play a computer game to pass the time.

In fact, it has been speculated by many in the industry that mobile devices now pose a large threat for the gaming market – and for handheld gaming in particular. Smartphones are also used for music, for watching films and television, for navigation and for much more.

It should come as no surprise then that smartphones are seen by many as being completely necessary. This is why it is estimated that there will be as many as 6 billion smartphones in circulation as soon as 2020. It has also been suggested that the smartphone market alone will be worth $355 billion dollars. This makes the smartphone industry one of the biggest to watch.

Right now, the major players in this space include Apple, Samsung, Sony, Huawei, HTC and Google. Google recently upset the apple cart when it announced its own smartphone the ‘Pixel’, which is due for a follow up some time this year. Apple recently released its iPhone 8 and iPhone X simultaneously, which sport the incredibly powerful and potentially game-changing A11 chip.

Also, interesting has been the gradual increase in price that we’ve seen in the smartphone market. Samsung caused some controversy when it announced that its Note 8 would cost $1K, but Apple soon followed suit with its flagships. Some have heralded this the age of the ‘super premium’ smartphone. And the ‘Essential Phone’ could also be seen as aiming at this market. 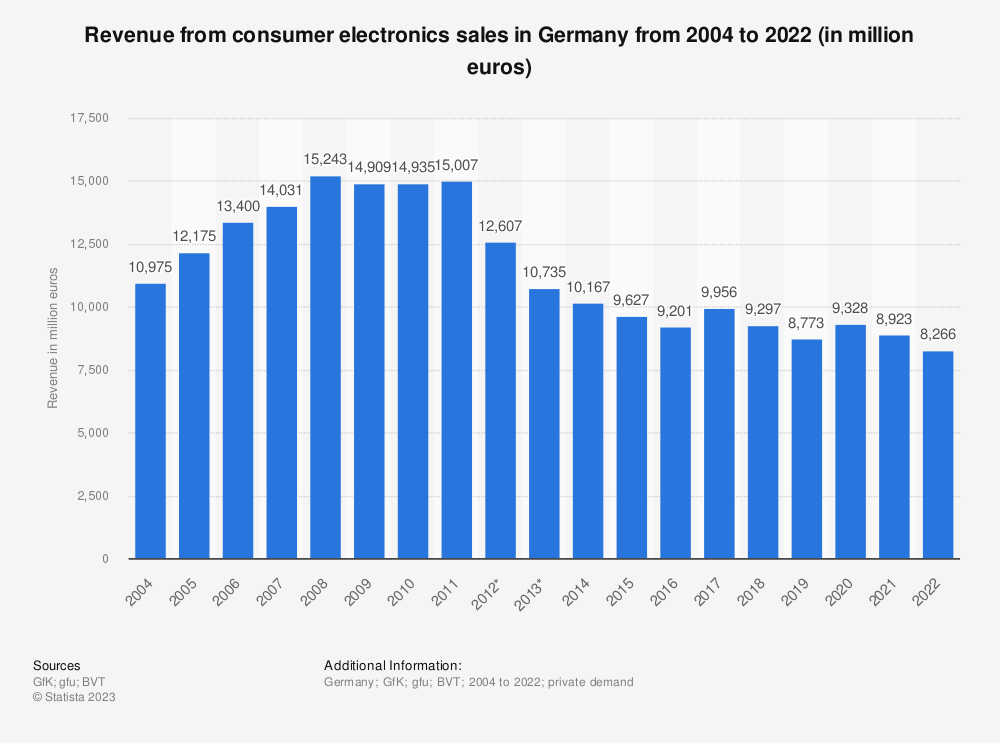 It’s not entirely good news for the consumer electronics market. While the market is growing as a whole and smartphones are leading that charge, some of this growth in the mobile phone market has been as a result of decay in other areas. In particular, the PC market has been shrinking somewhat which could be seen as a direct consequence. In short, if you can do everything you possibly need to on your smartphone, why would you fork out for a highly expensive computer?

That said, the PC market reported its first growth in five years in April 2017, with HP finding itself back on top. This is a small growth though, with PC shipments only increasing 0.7% year on year.

Other possible factors that have influenced this slow or non-existent growth could include shortages of supplies and components (such as NAND and DRAM) as well as an increasing range of alternative options including tablets.

But it’s not all doom and gloom. Some have suggested that Chromebooks might have been what the market needed to resume an upward trajectory. And more impressive still is growth in the PC gaming market – which was worth $36 billion in 2016. This is in fact one of the big driving forces for more capable hardware and expensive components.

Overall then, technology has seen a big upward trend but it has also changed in that time. Though the market as a whole has grown, it has also diversified and spread out so that there are more devices than ever before and more ways to enjoy media and information from the web.

And this diversification looks set to continue onwards. CES is the Consumer Electronics Show, a yearly expo held in Vegas where OEMs (original electronics manufacturers) show their creations. This is a place of innovation and it is very common to find technologies here that completely transform the way we interact with media.

The virtual reality market for instance is one that hasn’t taken off quite as quickly as many pundits initially anticipated that it would, but which is nevertheless likely to go from strength-to-strength in the coming months and years. Recently Oculus and HTC both dropped their prices, which resulted in huge new numbers. Likewise, fitness devices, IOT (Internet Of Things) and more will be likely to make big splashes in the market.

openPR-Tip: In fact, it is likely that virtual reality will be one of the big driving forces that encourages the production of faster chips and higher resolution displays. Especially as mobile VR becomes one of the primary ways to experience the technology. Similarly, we can expect artificial intelligence and cloud computing to be software driving forces that help to shape the electronics market going forward.

And with more and more small companies finding backing online through crowdfunding to bring their ideas to market, we are looking at an incredibly exciting and diverse future for the market.