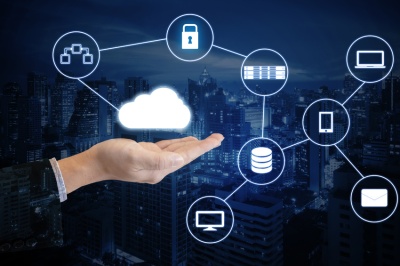 There is no denying that cloud computing has helped several ventures shift their IT practices in the span of the last five years. However, researchers are in agreement that this market is coming into a new wave of cloud services for private, public and hybrid sectors.

An estimated 38 percent of the chief executive officers of the leading enterprises stated that they are beginning to create private clouds, as per a survey issued by Forrester Research. The same survey stated that 32 percent of the chief executive officers of leading enterprises are obtaining public cloud services. The remainder are planning to make use of some type of cloud technology. The hybrid cloud is also getting a lot of attention. In this same report, 59 percent of those who responded said that they are either already making use of, or planning on making use of, the hybrid cloud model. Driving the rate at which this market is being adopted is the growing need for companies to modify their computing resources so that they can better accommodate consumers.

The first cloud computing wave was headed by Amazon Web Services in 2006, when the enterprise launched its service that allowed for basic computing and storage. As of February of 2017, Amazon Web Services was running at a rate of more than $14 billion USD, thanks to companies like LiveNation, Capital One and Ancestry making use of the cloud infrastructure offered by AWS.

As per Rob Alexander, Capital One’s CIO, the company decided to invest in the cloud infrastructure offered by Amazon Web Services because they realized that they were investing too much energy and effort into developing something that already existed, and existed in a highly effective state.

However, options for cloud computing are not limited to Amazon Web Services. Several other leaders in the network infrastructure market are also offering cloud computing options. Some of the biggest players in this market include Google, Microsoft and IBM. These corporations are starting new data centers at a furious rate, and they are attracting massive names to their clouds. Additionally, several specialty clouds have been introduced in the years since Amazon first launched their cloud infrastructure.

Here’s a more detailed look at some of the most notable trends that are shaping the second coming of cloud adoption.

Co-location services make it possible for CIOs to shift their current systems over to managed data centers. Here, they are able to take advantage of more convenient connectivity in regard to both public cloud and software as services (SaaS).

The primary advantage of co-location is that it enables easy access to a high-speed connection that any public cloud provider offers. As such, this makes it easier to have take advantage of a multi-cloud strategy. Additionally, co-location also makes it easier for CIOs to assess services that are offered from Google Cloud, Amazon Web Services and Azure without the need to completely commit.

Chief executive officers that are making use of several cloud providers are more than likely struggling to navigate through the intricate management of cloud vendors. This is a sector in which a great deal of both sourcing and vendor managers have little experience.

The management of cloud costs is a distinct challenge, and it’s one that is becoming more complex. Nevertheless, IT executives are becoming more adept at managing the cost of cloud network infrastructure as practices continue to grow and develop. Employing a professional that serves as a cloud architect can save a large software company a significant amount of money. Additionally, there are cost management tools available, which are also proving to make it easier to control costs associated with cloud network infrastructure.

The majority of CIOs who are making the shift to public cloud networks are doing so for increased security; however, not all CIOs are interested in accepting the risks that are connected to entrusting highly sensitive data to a third-party vendor. Similar to public cloud networks, private cloud services necessitate highly advanced standardization, virtualization, automation, the monitoring of resources, and self-service access. Combining all of these abilities together into unified system is not only challenging, but costly.

Solutions that offer hyper-converge infrastructure are proving to be helpful in this task. They provide computing, storage and networking resources that are pre-integrated, which help companies set up and start running their cloud network infrastructures much faster.

Introduction of Containers is Helpful

The introduction of containers have made it possible for developers to better manage and more easily transfer the codes of their software. A lot of companies are making use of these containers to make the shift to cloud services more portable, and easier.

All private and public cloud platforms have the ability to support container development. However, with new patterns comes new challenges. Some companies will have to deal with issues that relate to storage, security and monitoring, which may arise when containers are widely arranged.

Enterprise Apps and the Public Cloud

There’s no doubt about it: the cloud network infrastructure market has experienced a huge boom, and it will continue to do so for the foreseeable future.