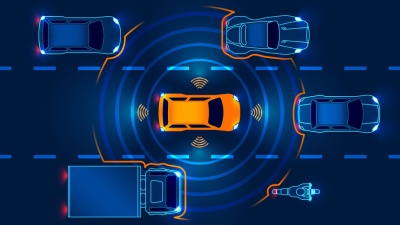 The Autonomous Vehicle Market is projected to see a compound annual growth rate of 39.6 percent between 2017 and 2027. By 2027, it is expected that this market will be worth an estimated $126.8 billion US dollars.

Automakers worldwide have focused a great deal of attention into the research and development of autonomous vehicles. The increased focus is the result of a desire to meet the demands of customers, to enhance portfolios of available products, and to retain a competitive edge.

Autonomous vehicles refer to any vehicle that doesn’t necessitate intervention from drivers, but rather they can drive themselves. These vehicles make use of built-in software, advanced communication systems and sensors in order to drive. The capabilities of autonomous vehicles differ from vehicle to vehicle, and those differences are based on the automation levels that are employed.

There are several factors that are contributing to the growth of the autonomous vehicle market. The most notable factors include:

The growth for this market is largely based on the hardware, services, sensors and regions, as well as the types of autonomous vehicles.

The Role of Artificial Intelligence (AI)

The recent innovation and constant advancement of artificial intelligence (AI) is predicted to play a key role in the worldwide growth of the autonomous vehicle market. Both carmakers and technical vendors are investing a great deal in artificial intelligence in order to perfect it and enhance the success of autonomous vehicles. Additionally, the advent of shared vehicle services, such as Lyft an Uber, are expected to lead to a higher adoption rate of autonomous vehicles. That’s because these vehicles are expected to be more affordable, easier to use, and offer more thorough services. For example, Apple invested more than $1 billion US dollars in the Chinese ride-hailing service Didi Chuxing. Uber recently announced that they will merge with Didi Chuxing, which will increase the value of Apple’s investments in artificial intelligence technologies.

Currently, it is projected that there will be a sharp growth rate in the adoption and use of semi-autonomous vehicles. Companies and consumers alike are investing heavily in autonomous features, thereby significantly driving the growth rate of this market.

Globally, the autonomous vehicle market is expected to grow significantly; however, certain regions are expected to contribute to this growth more than others.

North America currently holds the majority of the share of this market. This region is expected to continue being at the forefront of the market through 2027. Europe also plays a key role in the growth of the autonomous vehicle market, as several carmakers and technological vendors are investing more and more in the industry. China, India and Japan are also expected to be large contributors to the market, as these countries are also investing a great deal in the research and development of autonomous vehicles.

In regard to the types of products that are driving the growth of the Autonomous Vehicle Market, the software segment currently contributes the largest market share. This is directly due to the implementation of artificial intelligence in these vehicles.

Factors that could Hamper Growth

While the autonomous vehicle market is projected to grow exponentially in the forecasted period, there are factors that could hamper growth, preventing it from realizing its full potential.

Factors that could potentially hamper the growth of this market include:

Adoption of Autonomous Vehicles by Consumers

Consumers are wary of adopting autonomous vehicles, which could significantly impact the growth rate of this market. Drivers are fearful of traveling in an autonomous vehicle. Additionally, drivers who are operating their own vehicles state that they do not feel safe sharing roadways with autonomous vehicles. However, a large majority of drivers have reported that they have adopted and enjoy semi-autonomous technologies, such as automatic emergency braking, adaptive cruise control, lane assist and self-parking. The varied perception of this technology could create challenges for manufacturers who are looking to penetrate this industry.

The Benefits of Autonomous Vehicles

Autonomous vehicles have proven to offer some significant benefits. For example, driverless vehicles are expected to lower energy consumption in several ways. Other benefits of this type of technology include increased communication and exchanges of information regarding directional changes. Moreover, the interaction of vehicles with road infrastructure could reduce congestion caused by traffic, thereby leading to a smoother, more efficient flow of traffic.

The Autonomous Vehicle Market will undoubtedly see measurable growth that will likely be close to the projected compound annual growth rate. Continuing investments for research and development and the increased adoption of semi-autonomous vehicles will certainly aid in the growth of this market. However, certain factors, such as uncertain consumer adoption, could hamper the growth of the market, preventing it from reaching its full potential.