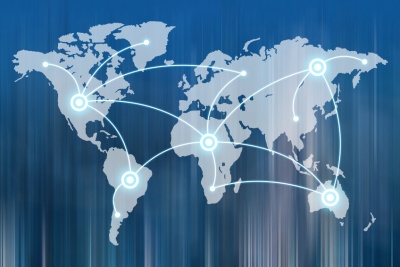 In 2016, the global technology market size rose by about 4.5 percent of the estimated value over the previous year, reaching a value of $2.9 trillion US dollars. Though this growth rate is down from the 5.6 percent growth rate in 2015, this market is still expected to see growth in the coming years.

Globally, businesses and governments spent about $2.9 trillion US dollars on global technology. The amount of spending is less than the previous year, which can be attributed to the weaker growth in China, the Middle East, Europe and Brazil.

It should be noted while the growth of this industry may have been lower in 2016 as compared to 2015, it is still a marked improvement compared to the growth in 2014, where the global technology market size only grew by 2.3 percent.

Factors Driving the Growth of the Global Technology Market

Furthermore, more focus on revenues will continue to drive investments by large corporations into this market on a global scale. Business technology is gaining a lot of attention in developed economies, particularly the United States, where businesses are showing increased confidence in their outlooks and are thus focused on boosting their revenues as opposed to decreasing their costs.

Advances in the Global Technology Market

Several advances have been made in the global technology market. These advances are expected to further draw attention from major investors, this increasing the value of this market in the coming years.

Some of the latest and most profound technological advances in this market include:

Major wireless carriers, such as Verizon and AT&T are expected to deploy their 5G next-generation mobile broadband networks in the span of the next few years. In the meantime, mesh networks that allow for the connection of nearby devices to each other on local grids will make it possible for a new error of wireless innovation in highly populated cities and other areas.

The Outlook of the Global Technology Market

Given the increased growth rate of the global technology market and the significant advances that are projected for the upcoming years, this industry is expected to experience even more growth in the foreseeable future. Major corporations are investing a tremendous amount of money in this market, which will fuel even more growth. Moreover, the increased need for further technological advances and the application of technology in a variety of fields will also fuel the growth of this industry.

The future of the global technology market surely looks to be bright.