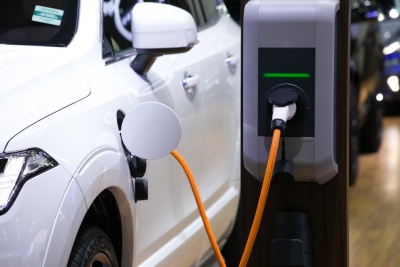 Hybrid vehicles are vehicles that make use of both fuel and electric batteries in order to power movement. This is a large market, valued at $75.52 in 2015. But it is set to grow to a huge extent with a CAGR of 10.3%, putting it at $193.29 by 2024. Find out more about this market, why it is growing and how you can start being more fuel efficient right now.

What Are Hybrid Vehicles?

Hybrid vehicles are vehicles that are not fully electric but which don’t run purely on gas either. These instead work via a combination of both systems. In some cases, this may mean that fuel is used purely to help charge and replenish and electric battery. In other cases, the mode will switch depending on the type of driving that is being done.

Either way, hybrid vehicles offer a useful compromise between eco-friendly nature of electric cars and the convenience of traditional gasoline-based vehicles. You can fuel up considerably less often, but at the same time you won’t be required to consistently search for power outlets to charge your car. Often hybrid cars will be faster or more powerful too.

The hybrid vehicle market has every reason to grow over the coming years. Environmentalism is a hot topic among politicians and organizations such as the European Union are keen to enforce more efficient modes of transport. Car manufacturers are being forced to make vehicles with smaller engine sizes, while incentives are emerging for those that use solar panels.

In short, it’s unlikely to be long until hybrid cars are more and more common place – and especially as the likes of Tesla motors push development in this direction. For these reasons, the hybrid vehicles market is expected to be worth a huge $193.29 billion by 2024. This is a huge leap from $75.52 billion in 2015.

How to Save Fuel With Regular Vehicles

Not ready to make the transition to a fully electric vehicle just yet, or even a hybrid? In that case, you might instead be interested in some of the ways that you can save fuel when driving a regular gasoline-based car.

Gas prices are expensive and many of us are completely reliant on vehicles to get around. It's therefore important to do everything you can to make driving cheaper and more affordable if possible. To this end it's a good idea to make sure that you make running the car at least as cheap as possible. And one of the best ways to do this is by being as fuel efficient as possible - which will also have the happy advantage of being kind to the environment. Here then we will look at how to go about driving as fuel efficiently as possible.

First of all, when you top up your car with fuel there are a couple of things you need to consider. The first of these is that you get as much fuel in the tank as possible after you've paid for it. This means making sure to properly shake the nozzle after you've used it in order to get every last drop of it in.

At the same time you may not have realized that you actually get more fuel for your money if you top up early in the morning or late at night. The reason for this is that the fuel will slightly compress when it's cold, meaning that you can get more in for a cheaper price before it expands in the heat.

You also need to think about the car itself if you are going to save money. To this end you need to make sure that you buy a car that is going to be as fuel efficient as possible, and even more that it is going to be fuel efficient for the kind of use you have in mind. If you use your car mostly for school runs and commutes then you need a city runner that will be good at handling the traffic in a big city and this can help you to ensure you use less fuel. The best cars of course will be things like hybrids which can switch to electric power in order to save on fuel - but these are quite expensive in terms of the original investment.

So even if you aren’t going for a hybrid or an electric car, there are still ways that you can choose a more efficient vehicle and avoid wasting fuel unnecessarily.

Meanwhile you should also look into the condition of the car when you drive. This means making sure that your tires are fully inflated for instance which will ensure that they create less friction against the tarmac of the road. Simultaneously you need to ensure that you aren't driving around with too much in the boot of your vehicle which will weigh it down and once again cost you more to drive.

Finally, you should make sure that your windows are closed when driving to promote aerodynamics and you shouldn't have too much running in terms of CD players and air conditioning unless necessary.

Finally consider the way you are driving. Basically, the aim when driving is to use the gas as little as possible which means relying on momentum and being in the right gear. At the same time, it means not stopping unless necessary which means starting to slow down early so that you can just take your foot off the gas and rely on the weight of the car to bring you to a halt. This means keeping an eye on the road ahead and it means driving defensively so that you are avoiding any kind of problem as much as possible.

It’s likely that in the future, laws will put pressure on more of us to drive electric or hybrid vehicles – and this will only drive the market further and faster. Until then? Keep these points in mind and you’ll be that much more efficient with your fuel.