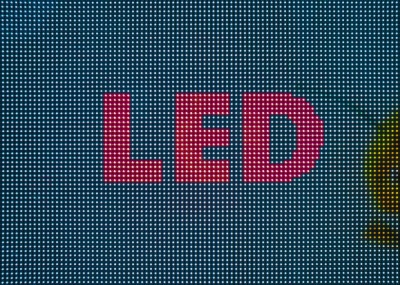 Light Emitting Diode Displays, more commonly referred to as LED Displays, are flat panel displays that are utilizes in general lighting applications. Some of the most common applications for LED displays include billboards or sign boards that are use in commercial spaces, public locations, stores, airports, subways, railway stations and sports arenas, among other locations. These displays are primarily used for advertising purposes or to showcase pertinent information related to time tables.

Factors Contributing to the Growth of the Global LED Displays Market

During the forecasted time period, there are several factors that are expected to fuel the growth of the LED displays market worldwide.

The significant benefits that LED lights offer over other light sources, such as fluorescent and incandescent lamps are expected to surge the augmentation of this market over the coming years. For example, LED lights are much brighter, more energy efficient, and have a longer life span than other light sources. As such, they are more cost effective, more environmentally friendly, and offer a more powerful presentation than fluorescent and incandescent lamps. Given the fact that most companies are looking for ways to cut costs and increase their revenue while reducing their carbon footprint, there is increased interest in LED light displays, and thus there will be tremendous growth in the market.

Moreover, continuous research and development for better and more innovative LED products by key vendors, including Philips and GE are expected to attract a large amount of consumers on a global scale during the forecasted time period. Additionally, the rise in infrastructure development in both developed and developing economies will give rise to an even greater need for more LED displays. For example, more railways and highways will give rise to more LED displays that can clearly showcase timetables and traffic patterns.

While the market for LED displays is expected to experience a significant compound annual growth rate in the coming years, there are factors that will likely prevent this market from developing to its fullest potential. For example, the high cost of production will likely pose a challenge for the growth of this market on a global scale. Nevertheless, the market development of display and screen backlighting will likely lead to the opening of new doors in this market, as well as an increased demand for LED displays.

The global LED displays market is segmented by region. These regions include:

In 2016, Europe dominated the regional market for LED lighting displays. This region accounted for more than 31 percent of the global market share of this industry. It expected that this region will continue to see a tremendous surge in growth over the forecasted time period.

North America also accounted for a large percentage of this regional market share of the LED display industry in 2016. This region will also continue to see growth in the upcoming years. Augmentation in this region will be considerable in both residential and outdoor application segments.

Asia Pacific, an emerging market, has tremendous growth opportunities during the forecasted time period. This growth will largely be attributed to the surge in demand for residential applications, as well as outdoor applications, as a result of the rise in infrastructure.

The Middle East and Africa are also expected to experience tremendous growth in the global LED displays market in the upcoming years. The growth in this region will also likely be due to the significant expansion of emerging countries, including a rise in per capita income and increased infrastructure.

The global LED display market is highly competitive. The constant advancements in technology, coupled with further research and development of new products by companies that contribute to this market in order to gain an edge over competitors makes allows the industry to be so competitive. Moving forward, this industry is expected to see even more competition, which means that it will be a positive investment opportunity for anyone who decides to pursue this market.

Several companies serve as key players in the LED displays market on a global scale. Leading vendors include the likes of Panasonic Corporations, LG Electronics Inc, Samsung Electronics Co Ltd, Shenzhen Dicolor Optoelectronics Co, Barco NV, Sony Corporation, Electronic Display Inc, Toshiba Corporation, and Daktronics Inc. While these are the most notable vendors, several other companies are also involved in the global LED display market and are expected to drive the growth of the industry in the coming years.

Given the numerous benefits that LED lighting displays offer over other lighting sources, such as fluorescent and incandescent lights, as well as the increased need for more signage and a heightened desire for more attractive displays by consumers, the LED displays market will see favorable growth in the coming years.