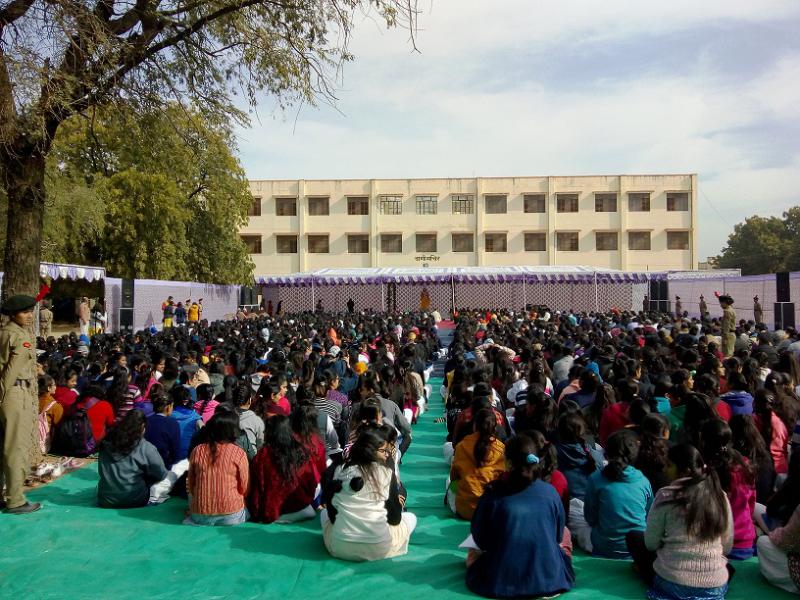 Basant Panchmi is celebrated on the fifth day (Panchami Tithi) of the bright fortnight (Shukla Paksha) of the Hindu month Magh. It is said that from this day the spring season (Vasant Ritu) begins and the day is dedicated to worship of Goddess Saraswati.The festival of Basant Panchami also known as Shri Panchami and Saraswati Panchami is a seasonal festival to welcome spring and is observed in many regions of India. The celebrations are dedicated to Goddess Saraswati, the Goddess of knowledge, music, arts, science and technology. The day is of significance undoubtedly to all educational institutions. Freedom fighter Bharat Ratna Mahamana Madan Mohan Malviya founded the famous Banaras Hindu University BHU on this very day in 1916. The institutions established by the Birla Education Trust at Pilani including Birla Institute of Technology and Science - BITS also celebrate Basant Panchami as the Founders Day. While the length and breadth of Bengal celebrates as Saraswati Puja, the state of Punjab on Basant Panchami goes indeed high with Kite.Flying.Right from its inception, Banasthali has embarked on a rich tradition of celebrating various days of national and international significance. Befittingly in front of the lawns facing the iconic Vani Mandir, a grand celebration to mark Basant Panchami was organized on 10 Feb 2019. Prof Aditya Shastri, Vice Chancellor & Professor of Computer Science Bansthali Vidyapith performed the traditional Puja. This was followed by a group of students rendering devotional songs dedicated to goddess Saraswati which included “Jo Baithe Charno Me Tihare”, Jay Maa Saraswati Bhavani”, “Vanadana ke Swar Samarpit”, and ”Saraswati Maa”. The song to welcome the season Basant “Jhoom Jhoom Ritu Basant” lifted up the spirits of the thousands of students who had gathered for the occasion. After the grand aarti, the students and faculty of Banasthali who attended the Basant Panchami celebrations left with beaming faces and pride that they were indeed part of an institution which is a jewel in the crown among the women’s universities not only in India today but across the globe.For more details about Banasthali see http://www.banasthali.org/About Banasthali: The Institution which is also the largest fully residential women’s university in the world has played a big role in revolutionizing women’s education in the country for the last eight decades with a belief that there is a tremendous role of higher education in empowering the women. Banasthali has scripted numerous success stories in a wide range of fields, and stands tall among the citadels of learning in India today. Team Banasthali with Vice Chancellor J C Bose Memorial Award for eminent scientist recipient Prof Aditya Shastri a highly acclaimed alumnus of BITS Pilani, SUNY State University of New York Stony Brook and MIT USA is indeed racing forward to be the very best among global women universities. Proud to be Banasthali alumni who call themselves as Banasthalites can be found in all latitudes, longitudes and altitudes in all walks of life across the globe.Banasthali Vidyapith Banasthali, Rajasthan – 304022 Phone 91 1438 228456 / 228341 Email: info@banasthali.ac.in Website: https://www.banasthali.org/ Facebook: https://www.facebook.com/banasthali.org/