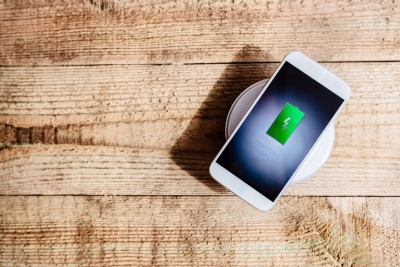 In 2016, the wireless charging market was valued at an estimated $3 billion USD. Between 2017 and 2014, it is predicted that there will be a 13 percent annual compound growth rate in this market.

The ever increasing demand for smartphones is the top driver of this market. Other chargeable devices, such as tablets, are also contributing to the growth of this market. Wireless charging makes these devices safer, more efficient and more portable, thereby making them even more versatile.

There are factors that are expected to pose challenges for the growth of the wireless charging market. These factors include issues with mobility and an increased length in charging times for mobile devices. The reason? – The majority of the devices used by consumers can only be charged when they are in close proximity of a receiver or a charging pad that contains a battery. In order to address these issues, many companies in the wireless charging industry have begun conducting research that will allow them to create devices that will have the ability to transfer power to a mobile device without the need for direct contact with the device used for charging.

The Wireless Charging Market by Technology

The inductive Qi standard from the Wireless Power Consortium has the ability to power a wide range of smartphones, as well as the products and accessories that are available for these devices. It works by utilizing magnetic induction in order to drive power to these devices. In order for magnetic induction to work, the device being charged has to be physically placed on top of the charger. More than 230 companies and an estimated 940 certified products are making use of inductive Qi. The spectrum of power it offers ranges from 0 Watts to 2.4 kilowatts. However, while 2.4 kilowatts of power is not yet available, there are solutions available. Currently, these solutions are considered samples, as they have yet to receive certifications that allow them to meet the standards set forth by Qi.

Application of the Wireless Charging Market

More than 55 percent of the total wireless charging market was attributed to consumer applications in 2016. The increased use of wireless charging in various commercial applications, however, has lead the industry to experience an even greater demand for technologies to be made available to consumers. Some of the leading manufacturers of smartphones, including Samsung and Apple, are preparing to make use of this technology with their flagship models. The extensive use of wireless charging technology is expected to increase the drive for infrastructure development, driving the market even further.

Over the span of the past few years, this industry has become increasingly popular, as many businesses are making use of wireless charging technologies. As such, the makers of these mobile devices and the companies that manufacture technologies that allow for wireless charging are focusing on offering users the easiest charging experience possible. Advancements in the both the telecom and IT sectors, coupled with the ever-rising number of Internet users will provide the most benefit for the growth of this market. The growth trends is strengthened even more by the mobile broadband services that are available, as well as the constantly growing size of the population using these devices who are looking for hassle-free charging.

The Wireless Charging Market According to Regions

When breaking down the global use of wireless charging market, the United States makes up the largest regional segment. The market in the US has also been receiving support from the government. There are incentives offered by the government for the development and use of wireless charging. These incentives include competitive programs that are intended to encourage both makers and suppliers of these products to invest in the infrastructure and research and development for wireless charging. As an example, in the latter part of 2016, an announcement from the Obama Administration stated that the creation of more than 45 electronic vehicle corridors that would serve as networks for wireless charging on highways.

This industry is divided and entails well-known companies, as well as start-ups. There is serious competition between major supplier, as several companies are making an effort to set themselves apart from the competition based on the products they offer, and the affordability of those products.