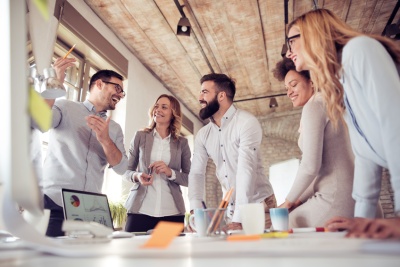 The term publicity stunt is well known. It is used on television and in movies quite a bit, so most people have become familiar with the term. In addition, publicity stunts happen all the time in real life. But how do you understand the term completely and why does it have such negative connotations in today’s society? We will be looking at all of these factors as well as the actual publicity stunt.

What is a Publicity Stunt?

Here are some examples of some great publicity stunts that most people are familiar with. These are done by different companies and for different purposes, but they definitely can be classified as publicity stunts.

One example that was promoted by the news media and even had a documentary created about it was the Red Bull publicity stunt of having Felix Baumgartner jump 23 miles from the stratosphere to the Earth below in 2012. The live event was watched on YouTube by 8 million people.

If you watch YouTube, you are probably familiar with the ice bucket challenge. This was a publicity stunt conceived by Pete Frates, one of the people in the United States diagnosed with ALS – or Lou Gehrig’s disease – and the challenge itself was intended to benefit ALS. It worked, spreading virally, and raising a great deal of money for ALS.

The famous Marilyn Monroe picture with her skirt blowing up was actually a publicity stunt that was conceived by movie publicists. She didn’t know that that was what was going to happen. She had attended a photo call for a movie called The Seven Year Itch, and there was a hidden wind machine beneath the grate that made her skirt blow up.

The famous bicycle race Tour de France was actually a publicity stunt conceived 100 years ago by a man named Henri Desgrange who was promoting L’Auto, the newspaper he worked for.

Expert Advice: How to Perform an Effective Publicity Stunt

If you want to have a successful publicity stunt here are some tips from the experts.

When it comes to publicity stunts, there are all kinds and sorts out there. There stunts that are dangerous, visually exciting, surprising, large, small and everything in between. Yours can be anything you want as long as it is completely original and is entertaining to those who see it so that the message spreads.

Cisco Snubs SalesCrunch After Start-up’s Tender Offer to Acquire WebEx
With No Formal Response, Cisco Purchases Google AdWords Aimed At SalesCrunch Customers NEW YORK (April 16, 2012) — In what began as an honest attempt to get Cisco’s shareholders to seriously consider our tender offer, SalesCrunch may have inadvertently started a feud with the networking giant. It has been three weeks since SalesCrunch issued
© 2004 - 2022 openPR. All rights reserved. FAQ | Imprint | Privacy Policy | Terms & Conditions | Cookie Settings