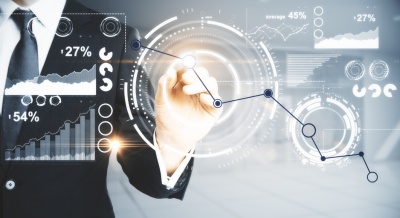 In 2014, the global smart demand response (SDR) market was valued at an estimated $5.57 billion US dollars. By the year 2022, it is projected that this market will see significant growth. Factors that will fuel the growth of this market will include advancements in technology as well as the introduction of regulatory frameworks, among other things.

The global smart demand response market isn’t a new application or technology. However, in today’s environment, the demand for energy is growing at a rapid rate. As such, new and more advanced forms of smart demand response are being developed and deployed. Increased roll outs of smart grids are enhancing energy management systems. They also integrate renewable energy, and they include the automation in transmission and distribution, as well.

There are a variety of factors that are expected to augment the smart demand market on a global scale.

Government incentives and policies are expected to significantly boost the size of this market during the forecasted time period. Moreover, the introduction of the Leadership in Energy and Environmental Design will also likely increase revenue in this market in the coming years. For example, the US Green Building Council issued an announcement regarding the initiation of an LEED DR Pilot Program, which will encourage more advancements in the demand response market. Building owners that participate in this program will be able to receive credits if they decide to make use of fully automated solutions.

Greater advancements in technology in the coming years are also expected to fuel the growth of this market. As more technological advances occur, there is a greater demand for smart demand response in order to ensure safety and efficiency.

In regard to residential consumers, smart demand response programs incorporate direct load control of larger appliances within a home. These appliances include HVAC systems, water heaters, pool pumps and the like. The increased use of distributed generation, specifically from residential consumers, will help to maximize the potential of the smart demand response market.

During the course of the next few years, it is projected that intelligent buildings will take part in smart demand response programs. These programs will help to protect the electrical grid during high peak energy consumption. Reducing the loads of energy being use during these high peak time periods will help to reduce the cost of electric bills, which will prove to be beneficial to consumers.

openPR-Tip: In regard to commercial and industrial consumers, the growth of the smart demand response market will likely be attributed to the increased need for more utilities that will have the ability to manage peak requirements. Moreover, the need for improvements in hardware technology, such as control equipment and metering, will also help to augment the size of this market in the coming years.

The global smart demand response market is segmented by region. These regions include:

In 2014, Asia Pacific accounted for more than 15 percent of the global revenue in the smart demand response market. This held such a large share of the market because of the increased adoption of smart meters. Moving forward, the introduction of time-based electricity pricing options, which have been enabled by the massive roll outs of these smart meters, will open up even more opportunities for growth in the industry in this region.

North America dominated the global smart demand response market in 2014. This region accounted for nearly 60 percent of the global share of this market. In the US state of California, buildings are projected to contribute to the highest peak load. The smart demand response market focuses on both commercial and residential applications of these technologies in regard to dynamic peak load reduction within various response durations.

The global smart demand response market is highly competitive. There are several key players that contribute to this market and these players are constantly investing more and more in the research and development of more advanced technologies that can improve smart demand response efforts. For example, in 2016, Schneider Electric, one of the largest players in this market, introduce the Wi-Fi thermostat, which is linked to smart meters and other intelligent home devices.

The global smart demand response market helps to improve the distribution, control, optimization and the monitoring of optimization, as well as the development of power facilities. In 2015, ABB, another key player in this market, stated that they would be installing a 363 kilvolt power plant, which would disconnect circuit breakers along the Fiber Optic Current Sensor, thereby making it possible to integrate substation functions, including current measurements, disconnecting, as well as circuit breaking, into a single component. This, in turn, would reduce the speed that would be needed for a substation bay, thereby providing greater efficiency.

Also in 2015, Honewell, yet another notable player in this market, announced that they would be using the Open ADR 2.0b. This was the most recent version of the open standard developed in the United States that would allow utilities as well as smart demand response aggregators to communicate with building control systems that are networked. Moreover, OpenADR Alliance in Asia Pacific, announced their partnership with the India Smart Grid Forum in order to increase the adoption of smart grid technology.

Given the importance of smart demand response and the ever-increasing demands that are being made on energy, it is safe to say that this market is a wise one to invest in. Anyone who does invest in this market will likely see a great return in the next few years.