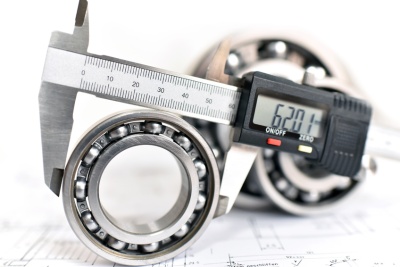 Metrology, or the study of measurement, is an important market for many reasons. The market size was estimated to be around $520 million in 2014, and because the industries that rely upon metrology are growing, it stands to reason that the demand for metrology services will also continue to grow. Precise measurement is required in many different applications such automotive and electronics.

An Overview of Metrology

In order to understand the metrology market, it is useful to define metrology in the first place. Metrology is the science of measurement but that doesn't just mean the science of current units of measurement, it also refers to the theoretical and experimental measurements of the future. The French Revolution was where modern metrology actually started. They wanted to create standard measuring units throughout France. In 1795 the metric system was created and is still in use throughout most of the world.

The Goals of Metrology

There are number of goals that the science of measurement has, and every year scientists and support staff work on furthering those goals in various organizations all over the world. One of those goals is the definition of units of measurement accepted everywhere. In addition metrologists look at the actual practice of these measurement units and they translate one measurement unit to another and ensure that these translations are correct.

The Fields of Metrology

There are three fields of metrology in which the majority of people that work in the field are involved in. fundamental metrology is the scientific, pure and primary pursuit of metrologist. However, like so many other industries, technical & Industrial purposes come with the territory of scientific research. In addition metrologists are concerned with the legality of metrology including definitions and their use in legal proceedings.

Nearly every country out there has its own metrology infrastructure and you can find a national measurement system in each of these. Metrology infrastructure is composed of laboratories, accredited organizations and precise calibration facilities where equipment exists for the measurement systems in that country. However, there are also International standards that must be adhered to and overseen, because in order for countries to trade with each other, measurements and their definitions must be agreed upon by all.

Those who work in applied metrology are concerned with technical or industrial applications to improve the manufacturing process or to advance technology. In many fields, calibration is a vital component and being able to trace and translate measurements is important.

Legal metrology is concerned with defining the terms of measurement legally as well as the question of exact measurements as it relates to public safety, environmental concerns, public health and fair trade. For example, in the United States, the authority on metrology is the Office of Weights and Measures.

In 2014, it was estimated that the market size globally for metrology was around $520 million dollars. This included things like power generation, electronics and the automotive industry. GPS technology is also reliant upon this field.

As you might imagine, there is great potential for this field to grow in the coming years. Technology is one of the major consumers of products and services relating to metrology, and advances in technology continue to happen at a breathtaking rate. Components that are of the highest precision are vital in the electronics Industry as well as with vehicle manufacturing.

Some of the ways in which this field may grow in the coming years include the manufacturer of new measurement tools that are more accurate than the ones currently available. In addition, many industries are going to be using computers for the design and manufacture of products, and this will also affect the metrology industry.

All three of the primary consumers of metrology ( automotive, electronics and power generation) are continually attempting to improve not only the products and services that they offer, but also the manufacturing process in order to be more efficient. This will probably lead to growth all by itself.

But it is the future technological advancements that are the most exciting, and will make the most use of metrology. 3D printing, while not exactly new, is slated to become one of the most popular new tools on the market for consumers. In a few years or decades, having a 3D printer in the home will be just as common as having a microwave oven is right now

openPR-Tip:  Robotics is another exciting field that will make use of metrology. No one knows exactly when viable, consumer-friendly robots that are actually useful for household chores or companionship will be available, but there are hundreds of companies working on or researching robotics as a consumer item.

If you were to generalize the products that rely on metrology, you would have two categories: the optical digitizer and scanner and the coordinate measuring machine. ODS was responsible for 57% of the revenue share in the year 2014, and is expected to grow by between 7% and 8% over the next few years. These products include 3D laser scanners, white light scanners and much more.

CMM products measure physical characteristics and this need is expected to grow by about the same amount over the next few years. Consumption demands like repair, installation, retrofitting and calibration are all factors