3D printing is an industry that promises to change the way we design, purchase and recycle our goods. The market is set to reach $4.8 billion next year and is very much one to watch. But what do you need to know about this exciting industry? And how can you try your hand at 3D printing right now?

3D printing essentially allows any three dimensional object to be printed based on a 3D model file. This works by adding layer upon layer of a material until the entire object has been built from the ground up.

3D printing is a technology that was all the rage and the latest buzzword in the technology industry for the past several years. Many of the superstar products seen at recent CES tradeshows were based around 3D printing. 3D printers routinely make big money on crowdfunding sites like IndieGogo and Kickstarter. Commercial 3D printers regularly make their way onto the cover of Wired.

Has 3D printing gone quiet? Not at all. While commercial 3D printers might not yet have found their way into every home, continued innovations make this an exciting market to watch and it has every potential still to change our lives. The market is currently expected to reach $32.78 billion by 2023 and even in the next year it is anticipated to grow from $1.15 billion to $4.8 billion due to consumer demand.

Let’s take a look at some of the applications for 3D printing technology and how it is shaping up to change the future.

How to Try 3D Printing for Yourself

3D printing does not need to be an obtuse, futuristic concept. This is something you can try for yourself right now thanks to sites like Shapeways and tons of free software and tutorials. This way you can design a model, print it and order it to your home!

The software you need is anything that can be described as '3D modelling software'. This is the software that graphic designers use in order to come up with characters in CGI films, and the software that engineers and inventors use to visualize their designs and products. There are a vast range of different software solutions available to you here that range in terms of their capabilities as well as in terms of their price. Some of these solutions are free such as CB Model Pro, or such as K3D, while others are available on a good budget such as Rhino 3D. Blender in particular is a great solution for someone who is just learning but also has all of the features that would be available in a more top-end piece of software such as Auto CAD.

To begin using these pieces of software you then will need a tutorial in how to go about it – which is something you can achieve easily enough by browsing YouTube and other such programs. At the very least you should find that creating basic shapes such as cubes and spheres is quite intuitive and only really a matter of selecting the tool and drawing them onto a grid (a grid that will define the dimensions of your image). 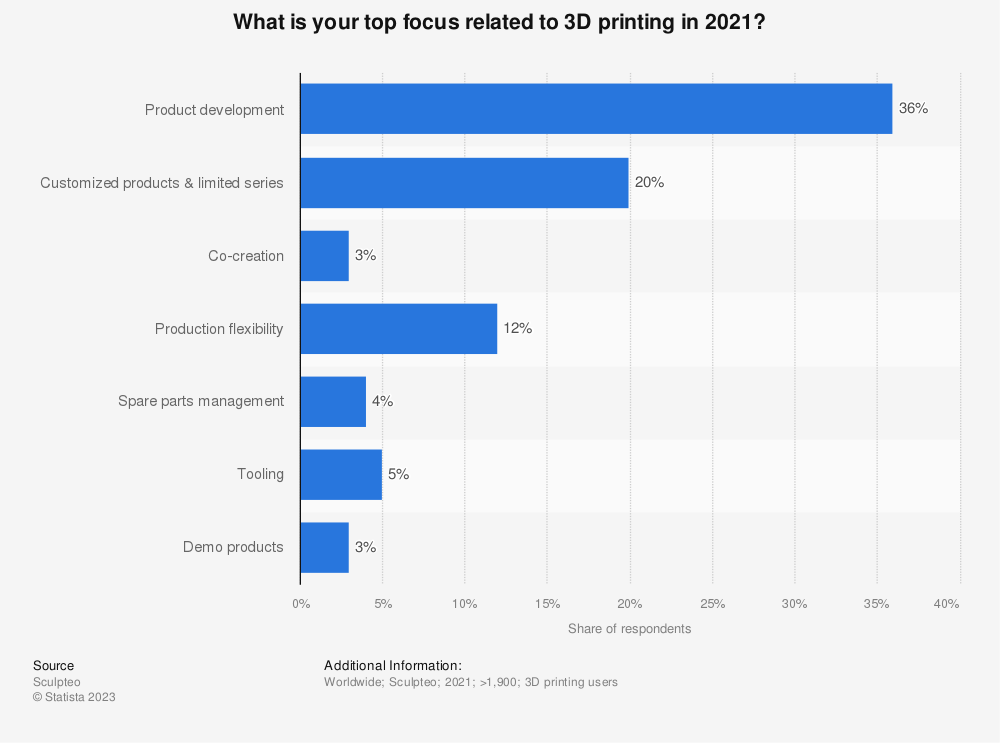 From here you can then save your model as an .STL file which is compatible with most 3D printing services. Simply sign up to a service such as Shapeways (there are others but Shapeways is a good place to start), and then choose your .STL file to upload. You will then get an e-mail confirmation within ten minutes of uploading your file telling you if it was successful or not – and if it is then you can view it by clicking on 'My Models'.

Other things you can then do are to rotate your object to view the complete design, and to change the material it's being made from. If you find that the item is too expensive to begin with, then you might find you can make it significantly cheaper by changing the default material to something cheaper. Click to buy and you’ll have your own 3D printed model in no time!

While 3D printing is incredible as it stands, it still has its limitations and there are still things that just can’t be done at this stage. Often this comes down to the materials used, or the fact that the structure must be built layer by layer.

At the moment, most commercial applications for 3D printing are limited to small plastic objects. However, research being conducted at the University of Warwick could change this and allow for the creation of entire electronic devices.

These researchers have createad a plastic composite that can be used in electronic devices. This composite is simple and inexpensive and can be used with the current generation of low-cost 3D printers. That means there’s no reason this technology might not be available to a wide audience to use via 3D printing sites.

The material has been named 'carbomorph' and should allow users to add electronic tracks and sensors to their 3D parts, to be later integrated within circuit boards and other power sources as needed.

Dr Simon Leigh, Assistant Professor in the School of Engineering, at the University of Warwick, said: 'It's always great seeing the complex and intricate models of devices such as mobile phones or television remote controls that can be produced with 3D printing, but that’s it, they are invariably models that don't really function. We set about trying to find a way in which we could actually print out a functioning electronic device from a 3D printer.'

This technology has the potential to completely change the technology industry. Someday we might see a time where we buy phones and other devices from indie developers online rather than from OEMs such as Apple and Samsung.

In the shorter term, we’re likely to see this kind of technology make its way into classrooms very soon indeed.

Countless more innovations and breakthroughs continue to paint a bright future for 3D printing too – from 3D cameras that can instantly capture entire models, to satellites that are capable of printing new models in space with zero human input. Researchers are even finding ways to 3D print prosthetics, foods and even organs.

UAE 3D Printing Market (2018-2024)-6Wresearch
Market Forecast By Technology (Fused Deposition Modelling (FDM), Selective Laser Sintering (SLS), Stereolithography (SLA), Binder Jetting and Other Technologies), By Sectors (Architecture, Medical, Automotive, Construction, Education & Research, Consumer products and Others), By Regions (Dubai and Other Emirates) and Competitive Landscape UAE 3D printing market is at a niche stage of
Global Automotive 3D Printing Market in 2025
This report studies the global Automotive 3D Printing market, analyzes and researches the Automotive 3D Printing development status and forecast in United States, EU, Japan, China, India and Southeast Asia. This report focuses on the top players in global market, like Stratasys 3D Systems Renishaw Materialise Arcam AB SLM Solutions ExOne Company Alphaform VoxelJet Organovo Holdings Market segment by Regions/Countries, this
Global 3D Printing Market Trends- 2019
3D Printing Market is a form of additive manufacturing, where a 3D object is created by layer-by-layer deposition of a printing material. The basic principles in 3D printing include flexibility of output, material cartridges and translation of code into a visible pattern. Various industries such as footwear, architecture and automotive
Global 3D Printing Market Opportunity Analysis
3D printing technology is considered to be one of the fastest growing technologies with numerous uses and applications for 3D printers and services across different application sectors. It has revolutionized various industries such as medical, aerospace, consumer products and automotive. This technology facilitates the printing of products of finest quality
3D Printing Market Lucrative in Various Regions
An up-to-date study by Transparency Market Research (TMR) has detected that the global 3D printing market is distributed among a vast number of large and mid-level vendors, and going forward, the competitive landscape will remain fragmented. However, a few companies do hold a position of strength in the global 3D
© 2004 - 2022 openPR. All rights reserved. FAQ | Imprint | Privacy Policy | Terms & Conditions | Cookie Settings