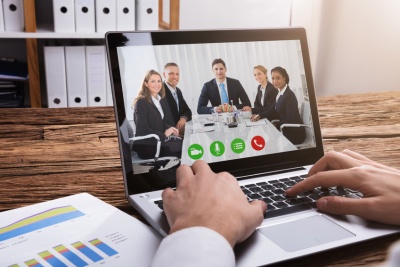 Internet marketing is moving all the time to the point where it’s a case of ‘blink and you’ll miss it’. This is highly apparent when we look at live video streaming. This is a new concept that has only now been around a couple of years and which looks set to change the way we market and communicate online. What is this movement? What does it mean for your marketing? Let’s find out.

Live video marketing is very much a case of ‘what it says on the tin’. Essentially, live video streaming enables anyone to start a live stream from their smartphone camera and then ‘stream’ this around the world to anyone who decides to tune in over an internet connection. This might seem like no big deal at first. How is it that different from Skype or Face Time? Is it really going to make a big impact when people have already been uploading videos for years? What is the real difference?

That is the short-sighted view. The difference between live video streaming and the likes of Face Time and Skype of course is the fact that you can broadcast to as many people as you like at once. This immediately gives it considerably greater marketing potential, as you can now reach a huge audience and potentially hundreds of future buyers.

And the reason that live is so different to regular video marketing is that it allows you to interact directly with your audience, to comment on things that are happening right now, to create a sense of voyeurism and to stand out from the crowd.

Live video allows anyone to comment on the footage as you’re filming it or to like it and as you are speaking, you’ll be able to see these comments and see the people signing in. From there, you can then choose to interact with them as you see fit and thus you are able to communicate directly, live, with thousands of people on your chosen platform.

There are a few more unique advantages to this too. One is that when you go live, your followers will receive a notification to let them know. This is partly because many channels are trying to promote the feature and partly because of the inherently immediate nature of live streaming, which ensures people won’t want to miss the opportunity to see it as it goes out.

Not only that, but this is still a relatively new form of marketing. That is to say that many brands don’t live stream. That means that if you go on a site like Periscope that is entirely focussed on Live Streaming, there is still the opportunity to strike while the iron is hot: to capture your audience early before there is a lot of competition. Then, when the platforms are more competitive, you can be smug you got there early!

It also of course means that you can really stand out as that brand that actually talks to its audience.

Here are just a few potential uses for live video streaming that could be beneficial to a typical marketing campaign:

An influencer could review a product live and this way have the opportunity to answer questions that the viewership might have. This way, they can provide details that might otherwise have been missed. And there’s nothing to stop a creator showing off their own product in this way too, or simply promoting it.

You’ve heard of AMAs on Reddit (Ask me Anything), but how about taking that to the next level by being able to answer questions live as they come in and actually speak with your audience that way. Likewise, if you want to interview someone else, you can this way open them up to your audience for questions.

Several creators have had a similar idea, that being to let their fans ‘join them’ for a morning coffee. They can this way invite people to watch along as they have their first coffee of the day and share insights, ideas or useful tips and advice. Either way, this feels like meeting a friend and makes the content much more intimate, personal and ultimately interesting as a result.

A View of Your Store

Another option is to invite people to virtually ‘visit’ a store or a shop. For instance, if you have a cafÃ© and it has a particularly great atmosphere one morning, then why not go live and let people nearby see what they’re missing out on! You could even have a quasi-permanent live feed in order to allow people to check in and see how busy it is before they leave their home.

Live video is made for covering live events. Imagine if there were a large news event and you could immediately tune into thousands of devices being used by anyone with Periscope, Meerkat or Facebook on their device. Imagine being able to see these events unfold live but from countless different angles all at once. And imagine being able to do that, while commenting and asking if people are okay.

Likewise, you can use live video in order to cover events like concerts or shows and of course press conferences or launch events which then allows more people to ‘attend’ virtually.

These are just some of the uses for live video streaming. There are many more and over the coming years, we’ll see even more inventive options appearing as well. This is only going to get even more exciting as data connectivity improves, as we see more people start using virtual reality and 360 cameras and as we can eventually be anywhere in the world, at any given time.