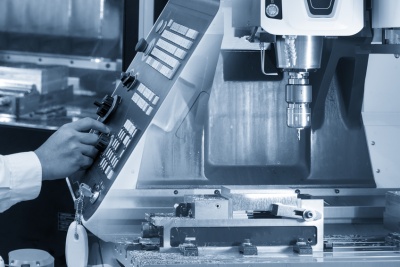 Experts project that the global machine tools market will be valued at more than $120 billion by the year 2020, or an annual compound growth rate of more than 6 percent between 2016 and 2020.

The global machine tools market is expected to show positive growth between 2016 and 2020. Industrial divisions that utilize automation on a large scale, such as the aerospace, automotive, defense, medical devices, electrical and electronics, renewable machinery and industrial machinery will all play a key role in the growth of this market.

Trends Influencing the Growth of the Global Machine Tools Market

It is anticipated that the following three trends will contribute immensely to the growth of this market:

The incorporation of 3D printing technology with machine tools

Originally, 3D printers were introduced into the machine tools market as a way to make small plastic prototypes and models. Since they have been introduced, however, 3D printers are widely being used in the creation of full-scale clothing, prosthetics and electronic products. Moreover, 3D printers are showing incredible potential for use in the industrial sector.

The creation of hardware technology and software applications has allowed the machine tools industry to evolve. This has lead to faster, smarter and more adaptable machines. For example, machines are more multifunctional and are much more capable of executing a wide range of tasks within a single application. In particular, the development of ultrasonic and electrical beam technologies, as well as electrical discharge machines, has transformed mechanized technology.

Several software products can now be standardized onto a single platform, for instance. Additionally, advanced CAM technology is now being utilized for the creation of multi-spindle, multi-axis and multi-turret machines. Moreover, software is being used more often in the automation of both manufacturing and engineering processes. Using this software allows for an compound built-in view of operations through the precise integration with the management of product lifecycles, process planning and services related to manufacturing execution.

Rapid increases in the automation process

The increased demand for products of exceptional quality has sparked several companies to incorporate automation into their manufacturing processes. Large investment in global process automation continues to increase at a rate of about 6 percent, and is expected to reach an estimated $120 billion by the year 2019. This expansion primarily applies to technology, software, hardware, communication protocol utilized in automation and services.

Increase in productivity largely contributes to the growth of the global machine tools market, which largely benefits the corporations that make use of the automation process. Furthermore, applying process automation increases profit margins and positively impacts the regulation of resources, as well as the loss of control.

Growth of the Global Machine Tools Market per Production Segmentation

The metal forming, metal cutting and accessories product segmentations are all fueling the growth of the machine tools market on a global scale.

In 2016, the metal cutting segment stood at the top of the market, thanks to the increased application of tools that are used to cut steel. As a result of increased used of these tools, there was a sharp increase in their development. This also gave rise to more research and development of metal cutting tools that offered greater dimensional accuracy. Moreover, the improvement in technological advances is fueling the production of smaller metal cutting machine tools. These tools are widely being used in the production of electronics and electrical equipment, fabricated metal products and machinery, as well as the manufacturing of transport equipment.

Over the projected time span, the increased growth of end-user industries, including the automotive and aerospace sectors, is expected to contribute large to the overall growth of the global machine tools market.

While the growth of the global machine tools market is increasing amongst many established regions, the following locations are contributing the most to the increased expansion of this market:

Europe, the Middle East and Africa currently accounts for the highest market share. Combined, these regions are expected to experience a compound annual growth rate of 7 percent during the forecasted period. Growth in these regions is largely due to the growth of the automotive and industrial industries.