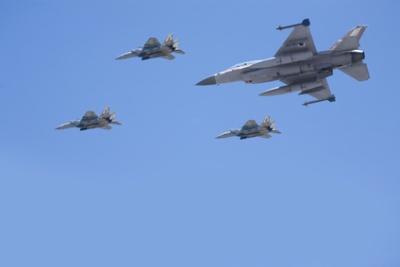 The global aerospace and defense market has been growing at a steady rate in recent years. During the year 2017, this market has continued to grow. By year end, it is projected that this industry will experience a 2 percent compound annual growth rate worldwide.

Several elements have boosted the size and value of the global aerospace and defense market. Some of the most notable factors that have contribute to the growth of this industry include ever-rising geo-political tensions, an increased number of terrorist attacks that have threatened the security of countries, and intra-national conflicts that have given rise to several civil wars throughout the world.

All of these factors have translated to a boost in the global aerospace and defense industry, as they have created ample opportunities for defense contractors.

Moreover, a substantial increase in the defense budget of the United States as per President Donald Trump and the increase spending on defense by other key regional powers, including India and Japan, has helped to bolster the optimism of investors in this industry.

North America dominated the global aerospace and defense market in 2016, and is continuing to do so in 2017. This is largely due to the increase in the budget as per President Trump. The United States comprises the largest market for defense equipment, services and systems as compared to any other nation in the world. The growing international market for defense weapons with a greater number of developing nations, the introduction of new and more advanced technologies in warfare, and the increasing application and demand for more cost-effective production of weapons are all driving the growth of the market in the United States. President Trump unveiled the fiscal budget proposal for the fiscal year of 2018, which projected a total increase of $54 billion US dollars above the current fiscal year 2017, which will increase the country’s aerospace and defense budget to $639 billion US dollars.

In Europe, France and the United Kingdom have also seen substantial growth in the year 2017. This has been attributed to the increased amount of terrorist attacks. Several countries in the Middle East, as well as Japan, have also seen growth in this market, as threats to their national security have increased and governments are equipping their military forces with more advanced defense weapons platforms, as well as next-generation technologies, such as intelligence gather, cyber, defense electronics and high precision striking capabilities.

The revenues of defense sub-sectors are projected to increase by as much as 3.2 percent by the end of 2017. This growth will be attributed to the increase spending on aerospace and defense in the United States, which had seen declines in their defense budget over the past few years.

The increased amount of tensions worldwide have led to an increased demand for defense and military products. This is particularly true in the Middle East, Europe, North Korea, South China, the United Arab Emirates, South Korea, Arabia, Japan, India, China and Russia.

It is projected that the commercial aerospace subsector will continue to see a trend in higher than expected growth rates. This increase will be driven by the growth of passenger travel, as well as a faster equipment replacement cycle.

Global Aerospace and Defense Market: Review and Outlook of Earnings

The Aerospace sector experienced positive growth in the first quarter of 2017, with an impressive 80 percent earnings and a revenue of 40 percent. Looking forward to the end of the year, this industry is expected to continue seeing growth, with a projected improvement of about 60 percent. However, revenues are projected to slightly decline.

Aerospace and Defense Stocks to Keep an Eye On

Anyone who is interested in investing in the global aerospace and defense market will want to keep their eye out on some of the biggest defense options that are expected to offer financial strength.

AeroVironment Inc has seen long-term growth in regard to earnings over the past few years, and it is predicted that it will see a growth of 15 percent by the end of 2917. This stock has seen positive earnings, and in 2018, the estimates for the stock’s fiscal earnings have increased substantially.

The Boeing Company has also seen long-term earnings, with a growth projection of about 13 percent by the end of 2017. This stock also saw positive earnings throughout the year, with estimated average beat of 13.7 percent. By the end of the year, this earnings potential of this stock is expected to increase by a little more than 6 percent.

Huntington Ingalls Industries is another stock that has seen long-term earnings, with a growth of about 15 percent. The stock saw positive earnings over the course of 2917, with an estimated average beat of slightly over 3 percent. By the end of 2017, the earnings for this stock are estimated to move up.

Overall Assessment of the Global Aerospace and Defense Market

With escalating tensions among nations across the globe and increased security threats on a global scale are all factors that have lead to the growth of the global aerospace and defense industry. The increased budget for military defense by President Trump will solidify the United States as the top ranking contributor to this market in the coming years. Moreover, improvements in the geopolitical environment on a global scale will also help to fuel the growth of this market in the coming years. As such, stocks in this market will continue to rise, making this market one that is worth investing in.