Freedom of the Press definition 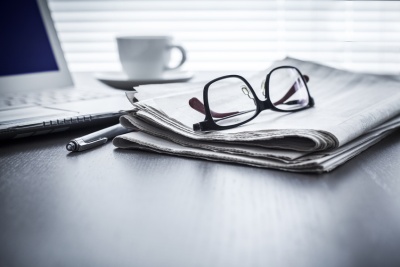 Freedom of the Press (© sebra / Fotolia.com)

Freedom of the press refers to the protected freedoms that the press has to write stories of their choosing and to share opinions. This is crucial for democracy to function and when this freedom is threatened, it places us all in danger. But it’s not quite that simple…

This is an incredibly important right and it is something that we all must fight to uphold. In this post, we will look at why this is so crucial and at what can happen when it isn’t upheld.

Why Freedom of the Press Matters

While on the face of it, you might be forgiven for thinking that the press should not be allowed to print whatever it likes without intervention, the question you need to ask at this point, is who would be intervening?

The answer is of course the government. If it wasn’t for freedom of the press, then the government would be allowed to censor and alter what was printed. This could have potentially positive benefits: this could help governments to ensure that certain information was received by the general public, it could prevent inflammatory statements, liable and erroneous information from being shared and it could potentially result in a higher-quality of press.

But on the other hand, this could also lead to some serious problems. If the government were permitted to intervene with what was printed in the press, then it could make the decision to prevent any bad press for itself. A government could that way ensure that all news printed showed it in a good light, that facts were skewed to make it appear as though that government was doing a better job at reducing poverty and unemployment. It could likewise cover-up stories that it didn’t want people to learn about. It could torture prisoners of war and prevent anyone from knowing about it, it could hide the misdeeds of its representatives and so forth.

At the same time, a government with complete control over the press would be at liberty to print defamatory news about the other parties. If the democrats were in power, they could choose to share only bad news about the republicans and vice versa.

This could eventually result in a scenario where the likelihood of that other party being able to beat the reigning power would be severely reduced.

Does the Press Control Public Opinion?

So, in that case, is it fair to insinuate that the press controls public opinion? While that might be a stretch, it certainly is true that the press holds great sway and helps to form opinions. After all, we can only make decisions and form opinions based on the information that is available to us. If we don’t know that a government has done a good thing, then this won’t raise our opinion of that government. At the same time, there is the influence of group think and of social influence. That is to say that when we believe that ‘everyone’ feels a certain way, it is much harder for us not to also feel that way – or at least to be more inclined in that direction.

So if the press were controlled, then the party in power would likely hold onto its position for a long time and only strengthen that position more and more over time.

This is why it is so important that the press be objective and be able to operate without government intervention. Without that right, it would entirely undermine democracy itself!

This is also why it is so dangerous when we see someone like Donald Trump constantly and repeatedly undermining the importance of democracy. This is damaging because it causes us to question the validity of what we read and it essentially allows the politicians to attempt to write their ‘own’ version of events.

When you take this view, it is easy to see just how important freedom of the press is.

But at the same time, it also introduces a lot of new issues and questions and this certainly is not a perfect system.

Because of course, when you grant freedom, that does not ensure objectivity – in fact it almost always affords the opposite.

Most papers and publications have other interests that will introduce bias into their stories. For instance, most papers will have a slightly left or right leaning in terms of their politics. That is to say that a paper might be more likely to publish stories and opinions that take a right wing stance. This will then result in those stories attracting more right wing readers and those right wing readers will therefore want to read more of the same stories. Often the owners of the papers will likewise have their own agendas.

This means that the information in the papers can be highly persuasive in one direction. In the UK during the recent election, some papers such as the Daily Mail were running stories that made no attempt to be objective. They ran stories with headlines such as ‘comrade Corbyn’ – to please their right leaning readers and to benefit their own political agendas.

With freedom of the press, the hope is that there will at least be options for readers, but this is when we see the issue of confirmation bias come into play. This is a cognitive bias that tells us that people will constantly seek out opinions and information that back up the opinions they already hold. Rather than looking for contradictory information to help evolve their worldview, they will look for information to support their view – and thus become more and more extreme in that position.

In short: someone who is left wing will seek out left wing publications and become increasingly left wing!

This is why in some countries, the press is forbidden for showing a bias to either side and from showing a preference for either party. This undermines freedom of the press, but is it a boon to democracy nevertheless?

We also see other issues raised with regard to freedom of the press. For instance, there is the issue of privacy. This is where we see the term in the public interest.

Just because someone is a public figure, that should not necessarily mean that they should have every fact about themselves made public. The question is at which point a story presents a breach of privacy. In many countries and states, it is agreed that images can only be shared that were taken while the subject was in a public space. That means no long lenses taking photos of people in their bedrooms.

There is still a blurry line here with regards to what should be made public and what should not and in many cases, celebrities and politicians have had their reputations and their lives ruined when in fact they ended up being proven innocent of the crimes or wrongdoing they were initially accused of.

Theoretically, the web has the potentially to provide huge benefit to democracy and freedom of the press. The internet and social news has been considered at least partly responsible for instance for the ‘Arab Spring’ – this being the revolutions that occurred in many Arab countries where the press is controlled.

The web gives us more access to news and opinions and often exposes us to news that we otherwise would not have sought out.

However, the danger here is with what is called fake news. Fake news is news that is often written to be intentionally misleading, to be clickbait or otherwise to attract readers with little regard for the accuracy of the content.

Fake news is a big issue right now, with many sites and blogs running stories that are factually inaccurate. If readers base their voting behavior on this news, then of course it will lead to people voting incorrectly and could damage the economy and politics in general.

Status of Human Rights, Juvenile Justice and Freedom of the Press in India
Indian Media remembers Lippmann quote that there can be no higher law in journalism than to tell the truth and to shame the devil but forgets Section 21 of Juvenile Justice Act which is inspired by the UNCRC. The Juvenile Justice Act [JJ Act] inspired by nothing less than the UNCRC
Organization for Security & Co-operation in Europe supports World Border Security Congress
The organisers of World Border Security Congress have announced the support of the Organization for Security & Co-operation in Europe (OSCE) for next year’s World Border Security Congress in Madrid, from the 20th-22nd March 2018. The OSCE is the world's largest security-oriented intergovernmental organization and has a comprehensive approach to security
Author's New Book Set in the '70s Is Not Fake News
An idealistic young reporter risks her life to expose corruption in a small town in Digging, the first novel by author Lu Anne Stewart. In shaping the book, Stewart drew on her own memories of working as a newspaper reporter and editor in the late 1970s. “I wanted to capture the
The Spill, the new online publication with representation at the top of its agenda.
“The recent civil, political, and racial unrest in the USA underline the importance of the role of the media and changes that need to happen to the system.” LONDON, UK - The Spill - www.thespillmag.com - the new UK-based online publication on a mission to take up space, launched on 1
International Day of Peace Celebrated at Pilani Rajasthan Shridhar University
The Theme for this year is “Peace and Democracy: Make Your Voice Heard” Shridhar University Pilani located in the Shekhawati region of Rajasthan has a rich tradition of observing various International Days to bring awareness to the enrolled students and thus prepare them for a global future. Prof BR Natarajan Pro
© 2004 - 2022 openPR. All rights reserved. FAQ | Imprint | Privacy Policy | Terms & Conditions | Cookie Settings