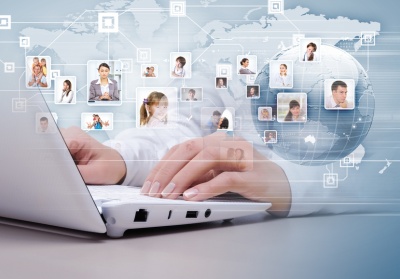 Privacy is something that we all have a right to. While this may seem like an obvious statement, in the digital age, these lines have become increasingly blurred as the definition becomes ever-more important. Privacy as it applies to journalism and social media has never been a more pressing concern, and this is something that creators, marketers and site owners are increasingly having to wrestle with.

The biggest issues facing privacy today revolve around the use of social media. In particular, Facebook has recently been in the press over the controversies surrounding the data use by Cambridge Analytica. While this is a ‘hot topic’, it really draws light onto a much broader discussion that needs to be had about the way our data is used in general.

Because tools like Facebook and Twitter are free. However, they still need to make their money and so the question we need to ask is: what is the product?

And the answer – in the eyes of many analysts – is that the ‘product’ as it were, is ‘you’. You are the product in terms of all the data that you freely give to Facebook, which it can then use to show you the correct adverts.

Facebook Ads allows advertisers to advertise to you based on your

The issue is not surrounding this practice, which is common, but rather with the amount of information being shared and whether or not users are complicit in the way their data is used. When you sign up to Facebook, you implicitly agree to certain terms and agreements – and some of these you also agree to explicitly when you click ‘Agree’. Of course, most people don’t read those things.

It takes a savvy and very ‘aware’ user to realize certain things about their Facebook profile. For instance, did you know that Facebook technically owns all of your pictures you upload and is legally entitled to use them in any way they see fit? Including in advertising and other formats?

Likewise, did you know that Facebook will regularly log your location via your app? If you check into a hotel or anything else, that information becomes available.

All of this is publicly available information, but the argument is that it’s not made clear enough and it’s too complicated and fiddly to change. And in many cases, opting out means essentially opting out of Facebook altogether. At this point, that comes with major social and professional disadvantages.

In fact, there are even ‘ghost profiles’ which means that Facebook can track a user via their IP address and their likes and dislikes even if they aren’t a member of Facebook.

And think about all the photos that friends might have taken of you and uploaded to their accounts – without turning on privacy settings. If you were trying to hide someone – an abusive ex partner for instance – they could likely track down where you lived simply by looking at the photos you appeared in and the profiles of those friends.

openPR-Tip: The issue with Cambridge Analytica, was that the company created an online quiz. Not only did this quiz harvest the data from those that took it – and reportedly used that information in order to help influence the outcome of the US presidential election through fake news and other strategies – but it also used a loophole in the Facebook API, allowing it to retrieve data from the friends and contacts of the people who took the quiz!

It’s not just Facebook that faces these issues around privacy. Google has also been guilty of using user-data in order to provide more tailored adverts, sometimes without making that clear enough to its audience.

In fact, one of the relatively big scandals that Google faces, was for using robots to trawl user’s emails in order to show them relevant adverts based on the content of that mail!

It’s important to understand at this point that Google doesn’t learn anything about the user specifically – this is all run into an algorithm and never seen by a human. Still though, the issue is one that needs considering.

Likewise, note that Google’s cookies track you all around the internet and use this information to show you relevant advertisements. Ever been looking at holidays and then later had an ad pop up for a holiday in the destination you were looking for? That is Google!

And Google’s AI assistant can sometimes become a little creepy too. By using the huge amount of data collected from your use of all of Google’s apps, it will do things like remind you of appointments based on emails you received, or tell you that you need to run to catch the last train home.

The other problem is that all of this data is stored somewhere, which means it could theoretically be hacked. Many users are surprised to find that all of their interactions with tools like Alexa are recorded and can be retrieved. In fact, Alexa has been suggested as being useful in a recent murder case!

As the internet of things becomes more prevalent, this issue will only increase. The bottom line is that privacy is a huge issue and something that we need to spend a lot of time and energy discussing before it is too late and we have given up too much of our information freely.

Data Privacy Day: 6 Online Privacy Tips for Everyone
January 28 is Data Privacy Day, and NordVPN is issuing a reminder about simple online privacy rules that each user should follow to stay safe and secure. “We are glad that Data Privacy Day exists,” says Ruby Gonzalez, Head of Communications at NordVPN. “However, Privacy Day should be every day. There
Hospital Privacy Screens
Business NEWS 2018 : Hospital Privacy screens are designed to provide privacy and protection and create more pleasant environment for patients in private clinics, hospitals, nursing homes, and specialty care centers. It is one of the best alternatives to the curtains, which is the source of infection that cannot be
Privacy through solar power
The vertical “Shadeplus” blind is to be operated via a new solar module Awnings are not only available as individual items, but also come in a double pack. One of these awnings protects against UV radiation and heat, and the other against glaring light. They achieve this with the assistance of
Privacy with a special appeal
New wind protection and extra privacy for patios and gardens When you're enjoying a relaxing moment, you do not want to be disturbed by prying eyes. On your patio or balcony, you usually need extra protection to ensure privacy, for example with the textile screen system "format" from markilux. The more hectic
Australia Strengthens Data Privacy Laws
Australia Amends Privacy Laws: Key changes The current dual system of Information Privacy Principles and National Privacy Principles applicable to the public sector and private businesses respectively, will be replaced with the new unified Australian Privacy Principles (APPs). Companies will be required to maintain an active privacy policy and also make sure
© 2004 - 2022 openPR. All rights reserved. FAQ | Imprint | Privacy Policy | Terms & Conditions | Cookie Settings