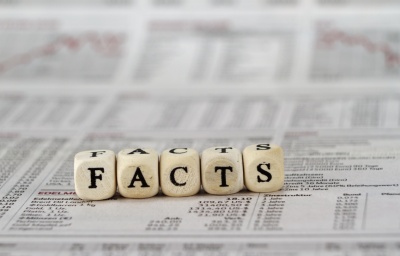 Fact checking is an integral part of the public relations world and it has been a buzzword on the national news channels for a long time.

Fact checking is fairly simple because there are only two ways that you can check facts:

1. Check facts before the information you are compiling is released or

2. Watch someone else check your facts and suffer the consequences if you weren’t thorough enough.

The reason why it is so important to fact check before any information gets released, from a public relations standpoint, is public trust. If you send out information to customers or the general public that isn’t true, and someone finds out, then your trust factor is going to down with many people. If you want the public to trust the company you work for, make sure that everything that you release is fact checked.

As a public relations representative, you must adhere to the highest standards of professionalism and integrity. PR reps take pride in their work, their ability to keep secrets and the influence that they have with company executives. Fact-checking is one of those things that must be done thoroughly in order to maintain this balance between the PR rep and those at the top.

The internet is arguably the greatest invention of the 21st century. It gives everyone access to all of the information they could possibly want. Before the internet, you were restricted to the information that you could find from places around you.

But now that everyone has the web, you can look something up and find out if it's true immediately. Take fake news stories for example. It is quite easy to fact check a fake news story. If you read somewhere that one of the public's favorite celebrities has died, you could easily type in that celebrities name and death, and look for legitimate news services that are carrying the story, statements released by family and friends and other such things. Most of the time, you can tell immediately when something is fake.

But sometimes it is not that easy to spot false information. Sometimes, it takes some real research and a couple hours of browsing the web, talking to people and even checking out original sources such as books, magazines or newspapers. So, if a PR rep was writing press releases for very small audience, there is a good chance that nobody would take the time to check up on every fact that was in the press release.

But when you release information to a massive audience, you make it almost a certainty that someone is going to read it and then want to double-check to ensure accuracy. Press releases, statements and all of the other items that a PR person writes needs to be carefully worded, impeccably researched and thoroughly gone through with a fine-tooth comb to look for errors.

In 2016, Google announced that they were putting money into a research project that would do automatic fact-checking. In fact, a fact-checking company in the United Kingdom was given the money and tasked with making a fully automated fact-checking system that actually worked.

Google believes that automatic fact-checking was absolutely essential, based upon the prevalence of fake news stories all over the internet, and what some are calling a post-election Twilight Zone.

Another innovation in 2016 also came from Google, through their popular and powerful Google News service. They will now be including labels to show if an article has been fact-checked. You’ll have to check out their publishing tools to find out how this will work exactly, but news organizations will have to work with Google in order to get their stories tagged with that label.

If you are in PR, then you need to be releasing to Google News because it is one of the largest publishers of news stories in the world. But as you can see, all these changes mean that fact-checking is going to be more important than ever when it comes to public relations.

We live in an interesting world. People seem to put less importance on the facts right now, instead, believing what they prefer to believe. On one hand, we have a president who is convinced that most of the media are publishing false news stories on purpose, while on the other hand we have evidence that there are people out there that actually do publish fake news stories in order to achieve some level of infamy or to make money through web advertising.

How to Do Proper Fact-Checking

There are a few things that you should remember if you are going to do proper fact-checking for PR. The first is, always investigate your sources. If you are going to put something in a press release or other document, make sure that you track down all of your original sources and vet them carefully.

You also want to make yourself available to the media, assuming that you are the contact person at your company for media inquiries, because a news organization doing a fact check on something that you have released may have a difficult time tracking down your source and verifying the facts. If the article is due to run on a deadline, they may opt for verbiage that makes you your company look bad, or at the very least, inattentive. For example, they could release something that says that they were not able to verify the facts in the release or that the media person at the company was not available for comment, which is technically true, but it may lead some people to believe that your company has something to hide.