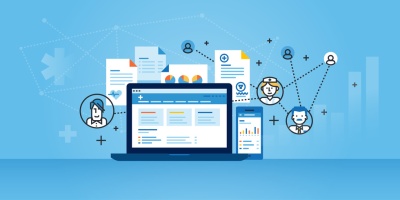 A buzzword refers to a term or a phrase that gains extreme popularity in a specific context. They tend to be words that have been newly coined, or existing terms that are used in a different way than they were previously used. Often, they are words that are used to describe a new concept or technology. In this article, we’ll explain the significance of buzzwords, and offer tips and tricks for creating them.

Despite what a lot of industry professionals may say, buzzwords are extremely important in the world of public relations and marketing. While they may make some people’s eyes roll, in truth, they get attention and call to mind something in particular, which is why they are such an important part of PR and marketing. After all, the entire point of these two industries is to get a client, a product, a brand – whatever it is that you are representing – noticed. Buzzwords do just that.

What Exactly is a Buzzword?

A buzzword is either a written or a spoken phrase or term. It tends to be technical in nature, and it is extremely popular to use. These words are associated with something in particular, and when they are heard or seen, they automatically call to mind whatever it is that they are relate to.

For many people, a buzzword might be cringe-worthy, but they are very important to be mindful of. Why? – Because they represent the evolution of thought. Like all new words and phrases, some are short-lived and only create a “buzz” for a short period of time, while others will become a common part of everyday vernacular and can go on to reshape an entire industry.

Buzzwords can be either good or bad, but ultimate, it is important to be aware of the purpose that they serve, as well as the possibilities that they can provide.

Where did Buzzwords Originate?

Buzzwords have actually been in existence for some time. Their origin actually dates back to the 1940s when they were used by students who were studying at Harvard University and served as a way to help them attain better results from their studies. Eventually, these linguistic terms became collate and became what we now know as “buzzwords”.

The buzzwords that students were using became a very prominent part of their speech. In fact, those terms were used more frequently than the words that they actually described.

The Importance of Buzzwords in Marketing

Today, buzzwords have become commonplace. In fact, they are so commonplace that people use them without even knowing that they are! However, with that being said, when a new buzzword arises, many people roll their eyes. Why? – Because often people believe that buzzwords are used as a way to show off; a way to impress other people. When they aren’t used properly, that is, in fact, what buzzwords can come off as. However, if they are used properly, buzzwords can be a highly effective tool for marketing. Here’s why:

openPR-Tip: When used for the purposes of Internet marketing, buzzwords can be an excellent way to get noticed by search engines, increase rankings, and boost visibility, thereby improving the overall success of a business.

Believe it or not, search engines like Google crawl websites and look for certain words or terms. If your website is infused with popular buzzwords that people are searching on a regular basis, guess what happens? – Your search engine rankings go up! Google sees that your site contains useful and relevant information that their users are searching for, so therefore, they are going to put your site in a higher position.

In order to get the most out of buzzwords, you want to make sure that you are using them the right way. Like with all things in marketing and public relations, there is a right way and a wrong way to use buzzwords. Here’s a look at both:

Here’s a look at some buzzwords that you are going to want to steer clear of: