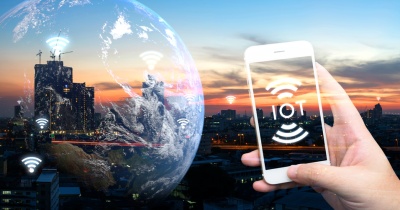 Cloud computing is a rapidly growing market that has the potential to transform the way we use technology. This is one of the less understood industries in technology right now but one that is likely to have a huge impact on a wide range of services, products and industries going forward. In this post, we will examine precisely what the cloud computing market entails and how it is likely to evolve in the coming months and years.

The ‘cloud’ is something of a buzzword. This is a term that is used to describe any outsourced computing resources – which could mean storage, could mean services, or could be pure computing power. Of course this ‘outsourcing’ normally relies on the presence of a network and the machines being outsourced to will normally be servers. In this post, we’ll take a look at some of the different forms of cloud computing and how the market is growing.

In colloquial use, we tend to refer to the cloud in terms of cloud storage. This means that files are being kept on a remote server and then accessed remotely. This is useful for backing up data, meaning that if you should lose crucial files due to the physical destruction of a hard drive or if you should have your data attacked by a ransomeware software, you’ll have a copy. Cloud storage can also be very useful simply for moving files between computers and can be very helpful for remote collaboration.

There are many companies specializing in cloud storage, which include the likes of Google, Apple, Dropbox, Microsoft and others. What many people don’t realize however, is that we have been relying on forms of cloud storage since long  before it was a buzz word. In fact, the internet entirely relies on a form of cloud storage.

openPR-Tip: More specifically, every website or page that you visit is actually hosted remotely on a server. This is a large computer connected permanently to the internet and which waits for other devices to request those files. When you type in www.google.com, you are retrieving files that make up the Google homepage and these are then ‘served’ up to your computer and displayed via a browser.

Cloud storage simply means using this same technology en-masse for the commercial and small business sectors. That said, some web hosts now offer ‘cloud hosting’ which takes the concept one step further by storing web page files on not one server but multiple servers. This ensures every website has numerous backups and it means that if any one server should go down or get damaged, the others will still be able to provide the files, ensuring zero down time from the end-user perspective.

But the term cloud computing is often meant to refer more specifically to processing tasks. Here, the power of multiple computers are leveraged in order to perform a task in a more efficient manner.

So, let’s say that there is a task that is too large or too complicated for a single computer to manage. Instead, that computer can outsource certain aspects of that task to different computers all around the world. This way, it can essentially divide the task in a manner similar to a multi-core processor. Except in this case, you have theoretically infinite cores!

We actually see this in a number of different scenarios. For instance, cloudsourced power like this is sometimes used to mine for bitcoins. This process involves cracking incredibly complex algorithms in exchange for a small amount of digital currency and it is a task that is generally too difficult for a single computer to manage these days. By combining the power of a whole network of computers, you can gain access to far greater power and complete the same math in a fraction of the time.

Likewise, it is possible for users to offer to ‘sacrifice’ a little of their computing power in order to help with research and even to help screen for diseases.

Cloud processing like this has commercial application too and in some cases, it only needs a single computer to provide the outsourced number crunching. This is actually what happens when you use a device like the Amazon Echo Dot or Google Home. These ‘smart devices’ don’t have enough processing power of their own to access artificial intelligence artificial intelligence functionality. Instead, what they do is to send your questions to a server somewhere which will then handle the processing for you and then send back the answers!

You can even outsource processing in your own home. For instance, the Steam Link is a product from Valve which is used to stream games from a remote PC. Steam is a piece of software that manages computer games and with this installed, your computer is able to compress and send video footage of the game to another machine in the house that in turn, receives and transmits the player input.

In other words, for all extents and purposes, the Steam Link device (which is often available for as little as $20) can appear to play games that would normally require thousands of dollars’ worth of PC.

And the reason this is relevant when discussing the cloud computing market, is that it offers a little insight into the future of this industry. We may be moving toward a time where all processing power is outsourced: where the components in your smartphone don’t need to be incredibly powerful, because all of the advanced functionality will be handled by another machine located in a dessert somewhere.

Imagine if you could buy a smartphone for $50 that did everything a high-end smartphone does today. In fact, by pooling the resources of multiple machines, it might be theoretically as powerful as the world’s most impressive super computers. The Xbox One is actually already experimenting with this kind of implementation and as connections become faster and increasingly ubiquitous, this may be an inevitability for technology and for the cloud computing market.