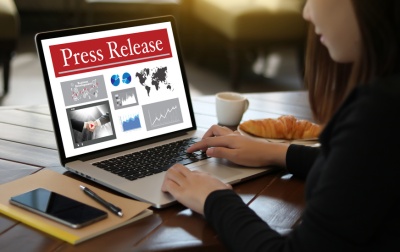 A backgrounder is a document or a piece of information that is designed to provide ‘background information’ or to act as an advisory. The idea behind this is that it will be included as part of a press release or a larger media kit and in this regard, it then gives the press or anyone else the information they need in order to cover the story.

What is a Backgrounder?

A backgrounder is a piece of supplementary information, often in the form of a document, that will contain information about a company or a product that can help to inform the press or anyone else that is covering an article. To understand the use of a backgrounder, it can be useful to consider it in the context of the press release.

A press release is a short, factual article that is often released in order to inform the press about the release of a new product, a new special offer or anything else. Companies release press releases because they hope that their news will be covered by the media and thereby they will gain free exposure. For example, if Apple were to release a new smartphone, it might release press releases out to the print media and they would then have all the information they needed in order to be able to cover the story.

OR they might release a press kit which contains significantly more information, including images of the product, key specs and details etc. This serves to put all of that useful information in one place and thereby helps the press to write their articles. Because the information is all there, it’s easier for a magazine or a website to cover the story. And because it’s easier… they’re more likely to do it!

The other key reason for this, is that a press release ensures that the media have the right details and this can prevent the spread of misinformation that might damage the business. It can help them to portray the story in the way they want it covered and try to avoid negative interpretations of the news. I.e. this new Apple phone is a brilliant and exciting product. It definitely is not derivative and dull!

Journalists would only be willing to cover the release of a new Apple phone because that is news. But say a small company was dropping the price of its older handsets? That’s not really news. Most people wouldn’t bother to read that article and thus the press has no real incentive to cover the news.

Thus there is a set layout and format for press releases and only specific information is included. This is a tool to help the writer to come up with their article and to inform them about the news – it should be nothing more and nothing less.

And thus, if you include lots of information about your organization, you will hurt the readability and flow of your press release and many writers will pass on it before they get to the ‘meat’ of your story.

This is where the backgrounder comes in. This is a piece of content that is designed specifically in order to provide additional information regarding the nature of the business, so that the journalists can learn more about you and the products if they need it and if they decide to write the article.

A backgrounder may effectively build on and expand upon the brief description that you include as your boilerplate. See that entry for more on this.

Tips for the Best Backgrounders

A backgrounder should conform to the format AP style (Associated Press). That is because you are writing for media organizations. Remember, these people are busy and they are professionals. They don’t want you to try and sell to them and they don’t want to be bogged down with jardon. Use lots of headers, references and graphics.

Citing references is particularly important if you are going to be talking about studies or surveys that back up your claims and your products. This way, the news outlet can also include those references, which readers will appreciate. Don’t be too biased – this is something that writers resent!

Consider editing your backgrounder in order to better fit the specific targeted media outlet. Spend some time on their sites, look at the kind of content they cover and then make sure that you are providing that kind of content for this story.

Things to consider including in your backgrounder:

Always keep your backgrounders brief however. Use lots of headers. Remember, you might also include this along with other elements of a press kit. This will include images of your product – and it pays to learn how to take these well – and it will include contact details and references to your website.

You might see backgrounders described by different names, including fact sheets. Ultimately, the specifics don’t matter quite as much as understanding the central objective of your backgrounder and getting that right. Remember, this is a tool to help writers. If you help them, then they will help you. Imagine you are sitting down to write up news.

What are all the things you would need to know to make this into a complete news story and how would you want that presented for you to access and find easily?