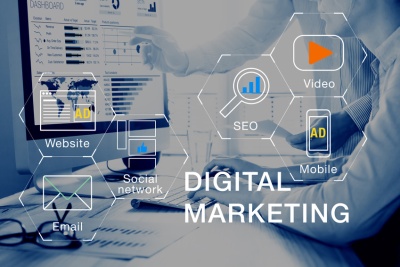 An ad unit is a single advertising ‘block’ that shows as part of an advertising campaign. This post explains what ad units do and how to make sure yours are highly successful in bringing business to your business.

An ad unit is an advert – a ‘unit’ - that is normally associated with a PPC campaign (PPC standing for pay per click). PPC campaigns charge the advertiser only each time someone clicks on an advert. This means that you can tightly control your budget and spending and ensure that each of your ads is making a definite profit.

Ad Units will typically show up in pre-set locations on websites, social media platforms and search engines. Some of the most popular examples include Google AdWords, Google AdSense and Facebook Ads.

openPR-Expert-Tip: Carefully designing your ad unit, as well as thinking about where it goes and who sees it, can ensure that you will not only get the most clicks (a high ‘CTR’) but also he most clicks from relevant targeted customers.

Certain words and images are of course more eye-catching and likely to draw the attention of users more than others. Bright contrasting colors work well for instance, as do faces. The human brain has evolved to look at faces!

Be Honest and Up-Front

Getting a high CTR on your ads (Click Through Rate) is not your most important ambition. Rather that honour would go to getting high quality traffic to click on your ads. In other words, you don't want lots of indiscriminate clicks, you just want lots of clicks from people who are willing to spend money. That's why it's a good idea to put your price right there in your advert - 'Ebook for $35!'. This way no one will click on your ads unless they're at least somewhat open to the idea of paying $35 for an ebook.

AdWords, AdSense and Facebook allow you to limit your campaign to show only in certain countries. This can be very useful if the product/service you're marketing is only available in particular locations, or if it's likely to be particularly popular in one area. For instance, if you were promoting a Kickstarter campaign for instance, you might choose to show your ads only in the USA where Kickstarter is particularly popular, thus saving yourself wasted money on wasted clicks.

And talking about narrowing down the places that you show your ads, it's also important to target the search market specifically for most advertising campaigns. This way your links will only show on Google when someone actually searches for a related keyword rather than appearing on websites like a banner. This is preferable in most cases because it's more targeted advertising. The people who are looking at your ads will have searched for them and that means that they'll be more likely to be interested in the content. As a rule, ads elsewhere won't be as successful - though they can be useful if you just want increase your brand awareness.

Negative keywords are keywords that Google allows you to 'blacklist' meaning that anyone who includes them in their search term won't see your ads. For instance then, you could use the word 'free' as a negative keyword were you selling a bodybuilding ebook, and that way you would rule out any people who were actively avoiding trying to pay (as these would be wasted clicks).