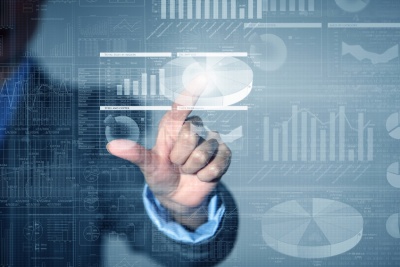 Click-through rate (CTR) is a commonly used term in Internet marketing. In basic terms, it is a metric that is used to measure the number of clicks an advertiser receives on their ads per number of impressions. Click-through rate is important because it helps you understand how well an advertiser’s keywords and ads are performing. In this article, we’ll dive deeper into CTR to help you better understand this important tool.

It’s no secret that advertisements are the backbone of marketing for any business. Before the Internet, determining the success rate of an advertisement was pretty difficult. In fact, there was no real way to figure out how a particular ad was performing. Essentially, the only way the effectiveness of an ad could be measured was by seeing whether or not it translated into sales. However, for companies that ran multiple ads, it was virtually impossible to tell which ones were offering the greatest results and which ones fell flat.

In today’s world of marketing, particularly Internet marketing, gauging the success of an ad is a lot easier. There are multiple tools available that marketers can use to monitor the success of their advertising efforts. Click-through rate is one of those tools.

What Does Click-Through Rate Mean?

In the most basic terms, click-through rate (CTR) is the rate at which ads are clicked on. It highlights the percentage of people who see your ads (impressions) and then actually click on the ad (clicks).

The formula used for click-through rate is rather simple:

In other words, click-through rate tells you how many people that have seen your ad have actually clicked on it.

What Click-Through Rate Does and Doesn’t Reveal

There is an exception, however:

for ads that do not display identifiable information about the destination site, the click-through rate is considered the overall rate.

What is Considered a Good Click-Through Rate?

That’s a difficult question to answer. From a statistical standpoint, what is considered to be a good click-through rate depends. That’s because the CTR varies from ad campaign to ad campaign. It can even vary from keyword to keyword. There are so many factors that play a part in determining a good click-through rate, such as the copy that is used in your ad to the ranking of the ad on the results page. While the goal is to attain a high click-through rate, there really isn’t any definite number that is considered to be the “best”.

Though click-through rate certainly offers important information, not everything about it is important.

The generally belief is that a high-click through rate is always a good thing. In truth, however, it isn’t always good. If a specific keyword isn’t really pertinent to your business, or it isn’t going to do anything to generate leads or sales, then a high click-through rate for that keyword is bad for your business. Here’s why:

openPR-Tip: In other words, a high-click through rate does not always translate to a good conversion rate. In fact, the two can actually have an inverse relationship. If an ad is attracting curiosity clicks, it’s not going to result in sales, which means that you aren’t going to see a good return on your investment.
Boost Your PR – Submit Your Press Releases to openPR NOW! Click Hier for FREE Press Release Submission

The Mobile Advertising (mAdvertising) Market to 2014 – 2020, Promises to Drive Revenue Generation Opportunities for App Developers, Advertising Networks, Mobile Platform providers and Driven by a higher Click Through Rate and Growing User Penetration
The Mobile Advertising (mAdvertising) Market: 2014 - 2020 - Opportunities, Challenges, Strategies & Forecasts Size and Share Published in 2014-04-24 Available for US$ 2500 at Researchmoz.us Description To Access the Full Report, Please Visit : http://www.researchmoz.us/the-mobile-advertising-madvertising-market-2014-2020-opportunities-challenges-strategies-and-forecasts-report.html Mobile advertising refers to a form of advertising via mobile phones or other mobile devices such
Doctors Email List | Doctor Mailing List | Doctor Email Addresses Directory
Medical professionals need numerous services and products to render their service to the patients. If you are a marketer of commodities and services to doctors then B2B Email Listz is the perfect aid to support your endeavor. Utilize our list of Doctors Email List to engage doctors from various medical
SmartyAds invents the CTR-booster
SmartyAds brings Deep Machine Learning into the world of digital marketing with its brand new CTR-booster. The CTR-booster is an innovative advertising solution which improves the CTR or click through rate of long-term campaigns thanks to the algorithms of Deep Machine Learning. The CTR-booster came out of an in-house testing
Sophic launches re-designed Taxpayers Negotiation Group website
Sophic has completely re-designed and launched the new Taxpayers Negotiation Group website in time for the upcoming 2007 tax season. Sophic was hired by the nationally reknown taxpayer’s advocate group to re-brand their business image. Not only is the site aesthetically pleasing, but it has intelligent code that runs under the hood.
Integral Impressions Launches Nourish, a Web App that Converts RSS Feeds to Email Newsletters
San Diego, CA January 24, 2008 – Integral Impressions announced today the launch of its newest web app, Nourish. Nourish is a next generation newsletter service which allows any RSS feed from published content, like a blog, to be converted into an automated email newsletter readers can subscribe to.
© 2004 - 2022 openPR. All rights reserved. FAQ | Imprint | Privacy Policy | Terms & Conditions | Cookie Settings