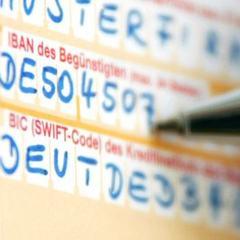 The European Liberal Youth LYMEC strongly criticizes plans to grant US officials access to European bank data. Recently, member states have mandated the Presidency of the Council to negotiate new conditions under which the US will get unlimited access to private banking data. The US wants to have access to a new European database that SWIFT, a huge inter-bank network, is setting up in Switzerland. Currently the US treasury already can access SWIFT's American database. SWIFT handles millions of transactions daily between banks and other financial institutions worldwide. It holds the data of some 8,000 banks and almost all transactions between banks from different EU member states are handled by it. Reacting to this, LYMEC President Aloys Rigaut states: 'It is utterly inacceptable to negotiate a deal, that basically is about giving away the financial privacy of all Europeans, during the summer recess and without even involving the parliament. If the US gets automatic access to our financial data, there will be no legal protection against this for the individual citizen. We move more and more into the direction of a big brother state – and now this big brother is sharing his knowledge with his pals who are even more reckless when it comes to ignoring data protection.' LYMEC Vice President Alexander Plahr adds: 'This data sharing agreement must be stopped. The number of European transactions handled by SWIFT will become a lot higher in the coming years, as the Single Euro Payment Area (SEPA) replaces traditional national clearing infrastructures. Doing your wire transfers by IBAN and BIC number will then be the standard even within member states.' Before continuing: 'SWIFT moves its servers to Europe with the very purpose to protect their customers –basically everyone’s- privacy from unlimited access which is not allowed by a judge in a rule-of-law way. Now member states foil that intention by making the European database just as un-private as the current one in the US. This is a sellout of our bank data which can not be tolerated! Us liberals believe that especially in the fight against terrorism we as a free society must stick to our ideals and moral high ground. We do not protect our liberty by abolishing it!' The European Liberal Youth, abbreviated as LYMEC, is a pan-European youth organisation seeking to promote liberal values throughout the EU and particularly through and as the youth organisation of the European Liberal Democrat and Reform Party (ELDR) and its parliamentary group in the European Parliament (ALDE). Involving about 210,000 members from all across Europe, LYMEC is made up Member Organisations (MO) and Individual Membership (IM) and it is active across the European continent. Our central aim is the creation of a liberal and federal Europe. LYMEC Secretariat c/o ELDR Party, Rue Montoyer 31/7, B-1000 Brussels, Belgium Tel: +32 2 237 0146 Fax: +32 2 231 1907 Email: office@lymec.eu Website: www.lymec.eu

You can edit or delete your press release LYMEC: No sellout of personal bank data here

09-18-2018 | Health & Medicine
Euroscicon Ltd.
Euro Ophthalmology 2019
The 2nd European Congress on Ophthalmology going to be held amid March 21-22, 2018 at Amsterdam, The Netherlands, which unites a one of a kind and worldwide blend of substantial and medium pharmaceutical, biotech and symptomatic or diagnostic organizations, leading universities and clinical research companies making the meeting an ideal stage to share understanding, encourage coordinated efforts crosswise over industry and the scholarly community, and assess rising advancements over the
03-19-2018 | Health & Medicine
Conference Series LLC LTD
Euro Surgical Pathology 2018
Rome, Italy welcomes you all to share Medical Knowledge and Experience at our upcoming "14th International Conference on Surgical Pathology and Cancer Diagnosis, May 17-18, 2018. Some of the main sessions "to-be-covered" are • Surgical Pathology and Diagnosis • Cancer Pathology • Breast Pathology • Gynecologic Pathology • Gastrointestinal and Liver Pathology • Neuro Surgery and Pathology • Oral and Maxillofacial Pathology • Dermatopathology • Genitourinary Pathology • Cytopathology & many more! Holiday Inn Rome - Aurelia Via Aurelia Km 8,400 00163 Roma Italy
01-13-2017 | Health & Medicine
ConferenceseriesLLC
20th Euro Congress on Psychiatrists and Psychologists
Theme: Achieving mental wellness by understanding human mind through Psychiatric approaches Description: Euro Psychiatrists 2017 (CME Accredited Event) will provide an opportunity for all stakeholders working on mental health issues to talk about their work. Euro Psychiatrists 2017 will congregate renowned speakers, principal investigators, experts, psychiatrist and researchers from both academia and health care industry will join together to discuss their views and research. Conference highlights 1. Psychiatry 2. Psychology 3. Child and Adolescent Psychology 4. Psychosis And Adverse
01-02-2017 | Health & Medicine
Euro Biotechnology
17th Euro Biotechnology Congress
Conference Series LLC extends its warm welcome to 17th Euro Biotechnology Congress during September 25-27, 2017 at Berlin, Germany with a theme “Novel Trends and Innovations in Biotechnology for Making Life Better”. Conference Series LLC through its Open Access Initiative is committed to make genuine and reliable contributions to the scientific community. Scope and Importance Euro Biotechnology Conference aims to bring together the Professors, Researchers, scientists, business giants, and technocrats to provide
06-30-2016 | Industry, Real Estate & Constr …
Euro Facade Tech
Euro Façade Tech Glazing Systems
Virtually any type of glazing system can be used with structural glass facades. Check out the options with Euro Façade Tech. FRAMED Framed systems support the glass continuously along two or four sides. There are many variations of framed systems, most of which fall into two general categories. Conventional unitized curtainwall systems are seldom used with structural glass facades. STICK Stick-built glass facades are a method of curtainwall construction where much of the fabrication
05-18-2016 | Tourism, Cars, Traffic
Traveltext Ltd
Traveltext's alternative Euro 2016
You don’t even have to be a sports fan to know that this summer, the England football team will be heading off to the latest major international tournament with the hopes of a nation resting on the shoulders of the likes of Wayne Rooney, Jamie Vardy and Dele Alli. The fact that the tournament has expanded this year to include no fewer than 24 nations means that the eyes of Europe
Comments about openPR
OpenPR is clearly structured and remains true to its principle of confining itself to the essential parts. OpenPR has proven to be a very good and reliable partner to our media agency: Within the shortest time the releases are online and go down well with the media representatives. The success of OpenPR is reflected in the steadily increasing number of press releases. It is good that OpenPR exists!
Ursula Koslik, Director Marketing & PR, F+W Hamburg