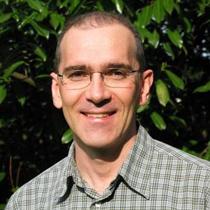 Atlanta, GA -- Euro Coin Exchange, the leading buyer of euro coins in the U.S., announced the appointment of Christian Rayner as Director of the company’s U.K. operations. The announcement accompanied the opening of the company’s new coin processing center in the Thames Valley, near London, serving customers throughout the U.K. Initially, the U.K. office will exchange euro coins and banknotes for pounds exclusively.Kenneth Mitteldorf, the founder of Euro Coin Exchange, made the announcement from the company’s principal office in suburban Atlanta, GA. ‘Christian is a perfect fit for our business,’ Mitteldorf said as he welcomed Rayner to his new position. “The key to our success in the U.S. has been an almost religious commitment to first class customer service. Fair prices. Prompt payment. Customer communication. Ease of use. These principles have always been the foundation of our business. I’m thrilled to see our first international office being run by someone who shares this commitment.”Mr. Rayner has spent 25 years working in the IT industry, including ten years with Microsoft UK. As a seasoned business traveler and regular visitor to the Eurozone himself, Mr Rayner relates closely to the problem of amassing a collection of foreign coins and then not knowing what to do with them. A recent trip to the Middle East prompted him to think about how to solve this problem, which is ultimately what led him to join Euro Coin Exchange. Mitteldorf also expressed his enthusiasm for Rayner’s plans to expand the company’s offerings of charitable giving opportunities. “We have historically encouraged our customers to support charities by donating their foreign currency to worthy causes, and by assisting charities in converting their own collections into dollars. Christian made it clear to me from our early discussions onward that his vision for our U.K. operation included his insistence upon facilitating charitable work. Our new U.K. website, http://www.WeBuyEuros.co.uk, reflects his bold first steps toward fulfillment of that goal.”The U.K. operation is the company’s first venture outside the United States. Founded by attorney Ken Mitteldorf in Atlanta, Georgia, Euro Coin Exchange has established itself as the leading North American buyer of non-collectable euro and British coins from individuals and businesses on the internet. In the U.S., the company buys euros, pounds and Canadian coins, as well as pre-euro paper money, and imports bulk U.S. coins from other countries.For more information, see http://www.webuyeuros.com or http://www.webuyeuros.co.uk.###About Euro Coin Exchange: Euro Coin Exchange is a web-based, mail-order currency exchange providing U.S. businesses and individuals a convenient way to sell their Canadian, British and euro coins for a fair price. The company also buys old (pre-euro) paper currency. In addition, Euro Coin Exchange buys American coins and mutilated banknotes from overseas currency exchanges and other businesses, and assists those customers with shipping their bulk coins back to the U.S., clearing customs and arranging for secure transportation and deposit into an American bank. In August 2011 Euro Coin Exchange opened an office near London with a dedicated website (http://www.webuyeuros.co.uk) to serve customers throughout the U.K.Contact:US:Ken Mitteldorf Euro Coin Exchange (US) 9165 Martin Road Roswell, GA 30076 USA ken.mitteldorf@webuyeuros.com 678-559-6796 Toll-free (w/in US): 855-EUROCOIN (855-387-6264)UK:Christian Rayner Director, Euro Coin Exchange (UK) PO Box 4201 BRACKNELL RG42 9NP UK crayner@webuyeuros.co.uk +44 1344 206226 Freephone (w/in the UK): 0800 612 4465