LYMEC: GMO legislation is a black day for the internal market 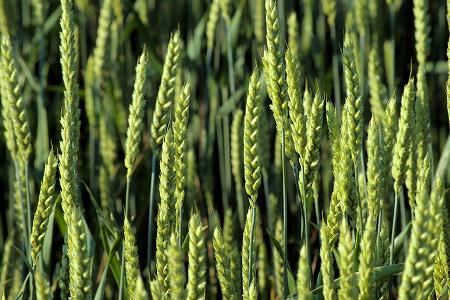 Yesterday the European Parliament adopted a report which allows to ban or restrict the cultivation of GMOs (Genetically Modified Organisms) individually on Member State level.Reacting to the news, LYMEC President Alexander Plahr commented: "This is a black day for the internal market. In the future the same GMO crops will be allowed in some, but forbidden in other Member States. If any kind of crops has to be forbidden, this should be done on Union level instead and solely based on safety considerations. Allowing Member States to have arbitrary and diverging criteria such as 'to protect agricultural practices on socioeconomic grounds' will fragment the framework conditions for agricultural entrepreneurs in Europe. Either certain genetically modified seeds are safe for consumers and the environment alike in all of Europe, or they are unsafe in all of Europe. This is the only criteria that should be applied." LYMEC Vice President Mette Lykke Nielsen adds: "This legislation, should it come into force, will lead to vastly different chances for farmers in different Member States. This actually is a step back towards national agricultural policy and the opposite of what should be done. Fragmenting the EU’s agricultural space only hurts us in the upcoming WTO talks vis-à-vis the big agricultural producers, namely China, the US and Brazil."About LYMEC:The European Liberal Youth, abbreviated as LYMEC, is a pan-European youth organisation seeking to promote liberal values throughout the EU and particularly through and as the youth organisation of the European Liberal Democrat and Reform Party (ELDR) and its parliamentary group in the European Parliament (ALDE).LYMEC - European Liberal YouthRue Montoyer 31/7 B-1000 Brussels Belgium (EU)Tel: +32 2 237 0146 Fax: +32 2 231 1907Email: office@lymec.eu Website: www.lymec.euPress contact:Jeroen Diepemaat, LYMEC Press Officer: jeroen@lymec.eu, +31 6 12 909 348 (NL/EN)

You can edit or delete your press release LYMEC: GMO legislation is a black day for the internal market here

07-12-2011 | Politics, Law & Society
LYMEC - European Liberal Youth
European Data Protection Supervisor on data retention: Directive does NOT meet f …
In his recently fully published report on the Data Retention Directive, the European Data Protection Supervisor (EDPS) Peter Hustinx criticizes the directive as incompatible with the values and laws of the Union. Neither is the legislation that forces member states to store communication data of all 500 million EU citizens for 6 to 24 months deemed necessary, nor proportional. The directive is rated as "the most privacy invasive
05-12-2011 | Politics, Law & Society
LYMEC - European Liberal Youth
LYMEC: The European Commission needs to defend the spirit of Schengen
Reacting to today's statement by the Danish finance minister Claus Hjort Frederiksen that the Danish government plans to reintroduce a significant number of border controls, LYMEC President Alexander Plahr states: "Border-free travel within the European Union is one of the great achievements of the last years. To roll it back would seriously undermine European integration and hurt everyday travellers between Denmark and its neighbours Sweden and Germany. This agreement of the
03-04-2010 | Politics, Law & Society
LYMEC - European Liberal Youth
LYMEC: Stop data retention now
Already the second Constitutional Court of an EU Member State has ruled the implementation of the data retention directive (directive 2006/24/EC) and the subsequent general storage of citizens' communication data as unconstitutional: first the Romanian Constitutional Court (Curtea Constituţională a României), and now on Tuesday the German Federal Constitutional Court (Bundesverfassungsgericht). LYMEC President Aloys Rigaut reacted to the news: “We can only warmly welcome such judgement! This is yet another blow
11-30-2009 | Politics, Law & Society
LYMEC - European Liberal Youth
SWIFT: Liberals oppose erosion of individual privacy rights
This Monday, the 30th of November, the Council of the European Union is set to decide on the controversial issue of giving the United States of America access to so called SWIFT banking data. This is an issue that has been under preparation for a couple of years and aims at enhancing the odds of tracking down and countering potential terrorists and terrorists acts through the coordination of this data