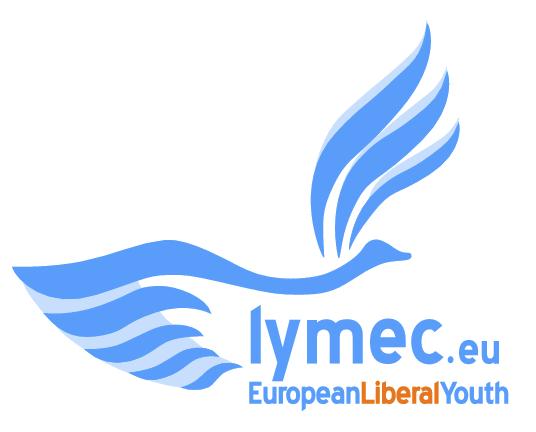 Already the second Constitutional Court of an EU Member State has ruled the implementation of the data retention directive (directive 2006/24/EC) and the subsequent general storage of citizens' communication data as unconstitutional: first the Romanian Constitutional Court (Curtea Constituţională a României), and now on Tuesday the German Federal Constitutional Court (Bundesverfassungsgericht). LYMEC President Aloys Rigaut reacted to the news: “We can only warmly welcome such judgement! This is yet another blow to the directive which required member states to store communication data of all their citizens for at least six months. While the actual content of phone calls and emails is not stored, the persons involved in the communication as well as all surrounding data is. For a phone call this means telephone number, name and address of the caller and the person called, duration of the call, in case of mobile phones the locations from and to where the call was made. For emails the name, address and IP-address of all persons involved, time of sending, as well as the whole header of the email message has to be stored. That data is collected for 500 million citizens and kept for six up to twenty-four months. Is that proportional to the terrorist threat? We do not think so.” LYMEC Vice President Alexander Plahr adds: “This rightly is the beginning of the end of the data retention directive! In two big member states the implementation of the directive has already been declared unconstitutional, in many more the courts are still occupied by it, all across Europe the data retention directive is heavily criticised by civil society, political groups and human rights organisations. However, every day the laws implementing this directive are still effective in the parts of the European Union where the constitutional courts have not yet annulled them, is a day to long! Therefore we call on the European Commission to now immediately revoke the directive!” About LYMEC: he European Liberal Youth, abbreviated as LYMEC, is a pan-European youth organisation seeking to promote liberal values throughout the EU and particularly through and as the youth organisation of the European Liberal Democrat and Reform Party (ELDR) and its parliamentary group in the European Parliament (ALDE). Involving about 210,000 members from all across Europe, LYMEC is made up Member Organisations (MO) and Individual Membership (IM) and it is active across the European continent. Our central aim is the creation of a liberal and federal Europe. Press contact: LYMEC - European Liberal Youth Srd Kisevic, Secretary General Rue Montoyer 31/7 B-1000 Brussels Belgium (EU) Tel: +32 2 237 0146 Fax: +32 2 231 1907 Email: office@lymec.eu Website: www.lymec.eu

07-12-2011 | Politics, Law & Society
LYMEC - European Liberal Youth
European Data Protection Supervisor on data retention: Directive does NOT meet f …
In his recently fully published report on the Data Retention Directive, the European Data Protection Supervisor (EDPS) Peter Hustinx criticizes the directive as incompatible with the values and laws of the Union. Neither is the legislation that forces member states to store communication data of all 500 million EU citizens for 6 to 24 months deemed necessary, nor proportional. The directive is rated as "the most privacy invasive
07-07-2011 | Politics, Law & Society
LYMEC - European Liberal Youth
LYMEC: GMO legislation is a black day for the internal market
Yesterday the European Parliament adopted a report which allows to ban or restrict the cultivation of GMOs (Genetically Modified Organisms) individually on Member State level. Reacting to the news, LYMEC President Alexander Plahr commented: "This is a black day for the internal market. In the future the same GMO crops will be allowed in some, but forbidden in other Member States. If any kind of crops has to be forbidden,
05-12-2011 | Politics, Law & Society
LYMEC - European Liberal Youth
LYMEC: The European Commission needs to defend the spirit of Schengen
Reacting to today's statement by the Danish finance minister Claus Hjort Frederiksen that the Danish government plans to reintroduce a significant number of border controls, LYMEC President Alexander Plahr states: "Border-free travel within the European Union is one of the great achievements of the last years. To roll it back would seriously undermine European integration and hurt everyday travellers between Denmark and its neighbours Sweden and Germany. This agreement of the
11-30-2009 | Politics, Law & Society
LYMEC - European Liberal Youth
SWIFT: Liberals oppose erosion of individual privacy rights
This Monday, the 30th of November, the Council of the European Union is set to decide on the controversial issue of giving the United States of America access to so called SWIFT banking data. This is an issue that has been under preparation for a couple of years and aims at enhancing the odds of tracking down and countering potential terrorists and terrorists acts through the coordination of this data

01-28-2019 | Health & Medicine
MAXIMIZE MARKET RESEARCH PVT. LTD.
Synthetic Biology Market – Europe
Synthetic Biology Market Europe is expected to reach USD XX Billion by 2026 from USD XX Billion in 2016 at a CAGR of XX% (Detailed analysis of the market CAGR is provided in the report). Synthetic biology has expanded into various interdisciplinary fields that may be defined as the combination of artificial design and engineering to produce biological systems, chemicals or living organisms. Synthetic biology is also used for improving applications
09-10-2018 | Industry, Real Estate & Constr …
QandQ Market Research
Europe Wooden Doors Market
Europe Wooden Doors Market https://www.qandqmarketresearch.com/reports/wooden-doors-market-78 This report studies the Wooden Doorsmarket status and outlook of Europe and major countries, from angles of players, countries, product types and end industries; this report analyzes the top players in Europe and major countries, and splits the Wooden Doors market by product type and applications/end industries. The global Wooden Doors market is valued at XX million USD in 2018 and is expected to reach XX million
05-12-2016 | Associations & Organizations
Europe Business Assembly
Europe Business Assembly
The Europe Business Assembly (EBA) is an international corporation for the evolution and implementation of economic and social development. The company was established in April 2000 and its history shows a plethora of promising initiatives, creative growth and professional victories. EBA’s activity demonstrates the capabilities and power of professional partnership. The year 2000 saw the beginning and the foundation of EBA with the signing of the memorandum of cooperation and
10-01-2008 | IT, New Media & Software
TEAM International
Smartsourcing in Eastern Europe
In 2008 the outsourcing business of Eastern Europe was estimated at nearly $2 billion, representing just a tiny fraction of the global IT outsourcing market, estimated at about $386 billion. According to the Gartner Dataquest predictions, in the next four years Eastern Europe is expected to outstrip the rest of the offshore market concentrated mainly in the “classical” locations like India. By 2010 Eastern Europe’s IT outsourcing market share is
03-03-2008 | Energy & Environment
Zensys Inc.
Home Control conquers Europe
European Home Control Summit attracts participation from leading International companies and organizations 29. February 2008 - Copenhagen/Frankfurt - The first European Wireless Home Control Summit on 9 April 2008, taking place parallel to Light + Building, features leading companies such as Merten, Horstmann, Danfoss, and market researcher Parks Associates as well as publicly funded organizations like the Danish Energy Saving Trust (DEST) presenting the newest trends, products and market strategies pertaining
03-19-2007 | Business, Economy, Finances, B …
Michael Richter - International marketing and sales consultant
Marketing in/to Europe
Internationalization is important for every company. Europe - with its now nearly 500 million inhabitants, however, only looking towards the European Union's countries - is a perfect place for companies to go. Especially the Western countries are highly industrialized. Find some reasons and help in this article. Most of the European companies - actually more than 90 % / country on an average - are fighting the more or less stagnating
Comments about openPR
OpenPR ist the nicest and most clearly laid out PR platform I have seen to this day. The press releases are displayed very nicely and clearly and without any unnecessary frills. The updates are fast and the finished release looks appealing and is clearly legible. Even with 16 years of experience one discovers new things from time to time. Congratulations!
Gabriele Ketterl, Director Marketing & PR, Menads