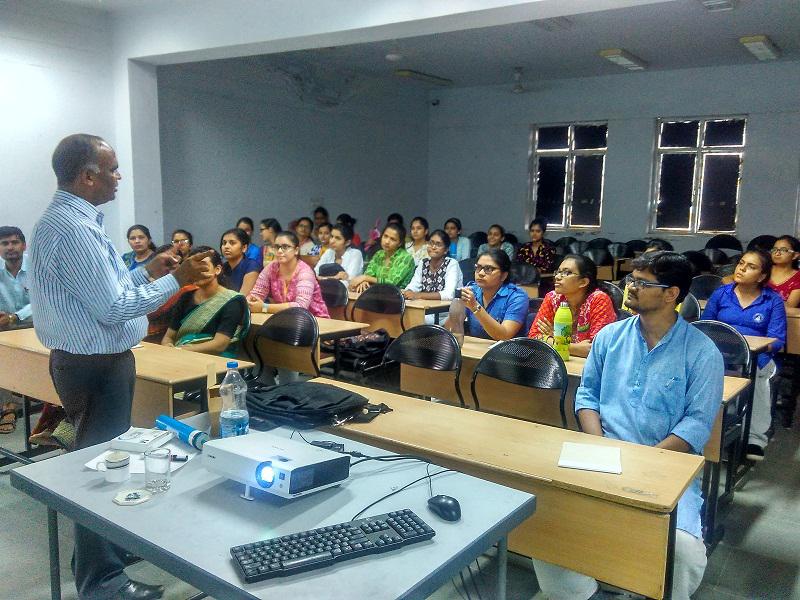 Globally, there are over 663 million people living without a safe water supply close to home, spending countless hours queuing or trekking to distant sources, and coping with the health impacts of using contaminated water. 1.8 billion People use a source of drinking water contaminated with faeces, putting them at risk of contracting cholera, dysentery, typhoid and polio. The Sustainable Development Goals, launched in 2015, include a target to ensure everyone has access to safe water by 2030, making water a key issue in the fight to eradicate extreme poverty. Water safety and quality are fundamental to human development and well-being. Providing access to safe water is one of the most effective instruments in promoting health and reducing poverty.Dr SP Chaurasia who holds BTech and MTech from HBTI Kanpur and PhD from IIT Bombay is presently Professor of chemical Engineering at Malaviya National Institute of Technology - MNIT Jaipur. His research interests include Oil/ Fat Processing, Bioprocess Engineering, Environmental Engineering, Membrane Separation and Biofuels. His professional affiliations in various capacities include Indian Institute of Chemical Engineers IIChE, Indian Society for Technical Education ISTE, Indian Desalination Association InDA, Indian Membrane Society ISM, Oil Technologists Association of India OTAI and American Institute of Chemical Engineers AIChE.Prof SP Chaurasia who has had close association with Banasthali for the past one decade visited Banasthali on 25 Sep 2017 and interacted with faculty members of Chemical Engineering regarding research work. He conducted a three hour marathon session giving an Overview of Separation Technologies and Membrane Processes for Water Purification. Starting with global and Indian scenario of water, he outlined the separation technologies under Fluid Particle Mechanics, Mass Transfer Operations and Advanced Techniques. He summarized details of Reverse Osmosis RO, Nano Filtration NF, Ultra Filtration UF, Membrane Filtration MF, Membrane Distillation MD, Electro Dialysis ED, Pervaporation PV, Dialysis, Gas Separation, Super Critical Fluid Extraction, Ion Exchange, Foam Separation and Chromatography. In detail, he explained the types of membranes, Configurations, characterization, transport mechanisms, fouling, scaling, biodfouling and organic fouling. After the session, Question answer session followed. Prof BR Natarajan introduced the speaker to the audience and proposed vote of thanks. The students and faculty who attended the talk left with beaming faces and pride that they were indeed part of an institution which is a jewel in the crown among the women’s universities not only in India today but across the globe.For more details about Banasthali see http://www.banasthali.org/About Banasthali: The Institution which is also the largest fully residential women’s university in the world has played a big role in revolutionizing women’s education in the country for the last eight decades with a belief that there is a tremendous role of higher education in empowering the women. Banasthali has scripted numerous success stories in a wide range of fields, and stands tall among the citadels of learning in India today. Team Banasthali with Vice Chancellor J C Bose Memorial Award for eminent scientist recipient Prof Aditya Shastri a highly acclaimed alumnus of BITS Pilani, SUNY State University of New York Stony Brook and MIT USA is indeed racing forward to be the very best among global women universities. Proud to be Banasthali alumni who call themselves as Banasthalites can be found in all latitudes, longitudes and altitudes in all walks of life across the globe.Banasthali University P.O. Banasthali Vidyapith Rajasthan – 304022 Phone 91 1438 228456 / 228341 Email: info@banasthali.ac.in Website: http://www.banasthali.org Facebook: www.facebook.com/Banasthali.org