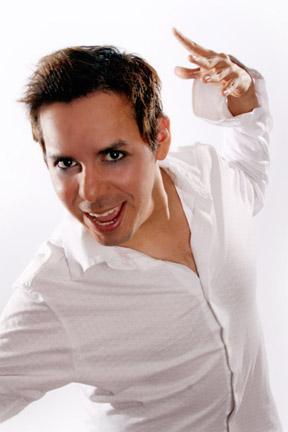 Vargas is also one of the founders of the San Antonio Lesbian and Gay Chamber of Commerce and a member of Metropolitan Community Church of San Antonio. He was also one of the organizers for the National Day of Protest in San Antonio which expressed opposition to the Proposition 8 measure that banned gay marriage within the State of California.

“We are San Antonio’s own GLBT magazine,” Vargas stated in his interview with Estrada which is available at http://www.youtube.com/watch?v=buDqzCWD2gc. The magazine was recently endorsed by State Representative Mike Villarreal.

Open Mic Thursdays began in January 2008 with a variety show format that featured comedians, musicians and special guests which have ranged from politicians, activists to artists. The event is hosted by comedian/singer Jade Esteban Estrada who has been featured on “The Graham Norton Effect” (Comedy Central) and was the host of the 19th Annual South Florida GLAAD Media Awards (Bravo).

Estrada is also the director and star of the comedic documentary “Ennis Does Southtown” (Best Comedy – Seguin Film Festival).

The Canadian-based comedy web site The Comedy Green Room named Estrada “Comic of the Week” in September 2008. The Richmond Times-Dispatch calls him “a master entertainer.” The Fresno Bee calls him “passionate and sophisticated.”