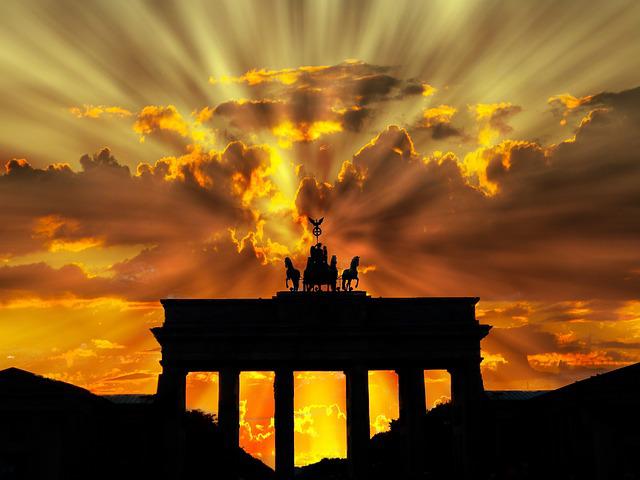 Why Language Continues to be an Obstacle for Investing in GermanyGermany is one of the prime markets for foreign investments, with an estimated 4% of global direct investment making its way into the country. In fact, the world’s second richest man, Warren Buffett, who is only beaten to the top spot on the financial leaderboard by Microsoft Founder Bill Gates, believes Germany to be a ‘great market’, and confirms the holding of a number of investments in the country.Benefits of Investing in GermanyWith solid regulatory and legal frameworks, high levels of productivity, and pretty decent purchasing power, there are plenty of advantages to choosing to invest in German businesses. However, there is one additional advantage which is somewhat of a gray area: language. Klaus Jankowski of First Law International Germany says that it is a big advantage that ‘business people and representatives of public authorities are able to communicate in English’ — and it is! It’s true that the use of English in Germany is very, very good. It is elsewhere, too, with English being the most widely spoken second language in Europe. However, it is irresponsible to use this skill as a technique for attracting foreign investors.Despite the country’s widespread use of English, and the ability of many residents — particularly younger people who learn English as part of their school curriculum — to understand the language, it is simply not possible to invest in Germany while conducting day-to-day business wholly in English. Why? Here are three primary reasons that are worth taking into consideration:Legal AspectsRecent language-based news has focused upon the increase in the number of companies around the world adopting English as a corporate language. In some places, such as Japan, this technique is proving to be successful. However, it is not a method that is becoming particularly common in Germany. The German language is already remarkably anglicized, and the German’s aren’t exactly thrilled with this. In fact, in one survey, 39 percent of Germans questioned claimed that they did not like anglicisms at all. The German Language Association is doing more to prevent German from becoming a peripheral language, which means that many German businesses are choosing not to adopt a foreign corporate language. For investors, this means a lack of availability of bilingual documents, with founding documents, bank statements, business plans, and more paperwork likely to be available in the German language only.Marketing AspectsThere is a very common misconception that English is key for successful marketing in Germany. It is often said that borrowed words and phrases appeal to Germany’s younger generation, and can help a business to appear ‘trendy’. However, this couldn’t be further from the truth. In fact, because some English phrases cannot be directly translated, and because meaning can easily be lost during direct translation, this marketing method could actually be doing more harm than good. Reports show that only one quarter of English slogans used in Germany are understood by their target audience, highlighting the fact that foreign slogans are not having the desired effect. A prime example is Mitsubishi's ‘Drive@Earth’ tagline, which has been described as ‘clumsy’, while Audi’s native ‘Vorsprung durch Technik’ has become one of the world’s most instantly recognized slogans and, some may say, a true symbol of Germany.Respectful AspectsFinally, if we boil all this down to its most basic, it’s about respect for a historic language, and for those who speak it. After all, you wouldn’t walk into someone’s home and tell them what to do, would you? So why go into someone’s country and tell them how to speak? The German language has a very rich and vibrant history, and is understood to have developed around 2000 BCE. Derived from Latin, German was originally spoken by Roman settlers, and it has undergone massive transformations to get to where it is today. From Old High German to New High German, via Middle High and Early New High, the language has successfully evolved over the years to meet the demands of society. It is an important language that deserves to be kept alive, and the German Language Association is determined to achieve their goals.English-German TranslationsThe above helps to establish the importance of translations for investors, and highlights the need to understand that if you’re planning to invest in Germany you should be prepared to conduct business — at least to some extent — in the German language. It’s an obstacle, but it’s one that can easily be overcome through translation. The quickest way, of course, is through digital tools such as Google Translate, but it’s essential to realize that these solutions could significantly damage your investments.Machine translations may well be the perfect option if you want to translate a restaurant menu, or you want to get a vague idea of web content written in another language, but in terms of conducting business, a computer just isn’t going to cut it. These translators work on a word-by-word basis and don’t account for the meaning or overall context of the content. The damage created by poor translations is likely to be much bigger than the money saved by not opting for professional German translations (a quick Google search will show you just how much damage the ‘Drive@Earth’ tagline has already done to Mitsubishi’s reputation!) If you’re looking for professional, high quality translation, choose Teck. Teck Language Solutions provides you with reliable German translations in several fields such as marketing, legal, technical, and more, ensuring you always reach your target audience, no matter where they are.-- Teck Language Solutions Inc. with seat in Miami, FL, offers professional translations in numerous language combinations, including all languages of the EU and all major languages. More information: www.teck-translations.comTeck Language Solutions, Inc. 444 Brickell Avenue, Suite 51132 Miami, FL 33131, USA Web: www.teck-translations.compress contact: info@teck-translations.com phone: (786) 408-5672

01-04-2018 | Business, Economy, Finances, B …
Teck Language Solutions Inc.
What You Need from Express Translation
For those who need high-quality business, legal, or technical translations on a regular basis, you're used to the process of submitting it to your translation firm and giving them time to make the translated document perfect for your needs. You expect to wait weeks, sometimes months, for a high-quality translation because you know it will come back as smooth and clearly stated in the new language as it was in
12-28-2017 | Business, Economy, Finances, B …
Teck Language Solutions Inc.
10 Interesting Tasks for a Translator in America
When most people in America think of translators, they think of requiring them once they are in a foreign country or possibly while on the phone with distant business partners. However, the translator market is booming in America with many thousands of translators busily keeping international and multicultural relationships strong across the language barriers. Right here within our borders are communities, families, and businesses in which the primary language used
10-06-2017 | Business, Economy, Finances, B …
Teck Language Solutions Inc.
How Working with a Translation Agency Can Help with Inbound Marketing
Working with a translation agency can be a great idea to aid your marketing efforts. The whole idea behind marketing is to connect with people. And what better way to do this than by using their own language? As of now, inbound marketing is one of the most popular marketing techniques in the digital marketing world. So it can help you, as a company, to figure out what inbound marketing means
09-15-2017 | Business, Economy, Finances, B …
Teck Language Solutions Inc.
Connect with Your Ancestors through Professional Translation
America is the country of immigrants. We are the big melting pot and almost every family has a story of when their first ancestors came over the ocean, down from Canada or up from Central and South America. Whether your family's story comes from hundreds of years ago or there are still living members who proudly crossed the border, you probably have a collection of keepsakes and heirlooms preserved from

04-28-2020 | Business, Economy, Finances, B …
Your German Mortgage
Find the best conditions for your German mortgage with Your German Mortgage
During times of the Coronavirus, we are here to help you with finding the right financing for your property. Special times call for special measures, that's why it's now more important to find a trustworthy and experienced mortgage broker than ever. We got you covered from finding your property of dreams all the way to financing it. To ensure that, we have experts in almost every German major city,
11-16-2018 | Politics, Law & Society
i.b.s. International Operative Services e.K.
German Maritime Security 2018, German Government Statement!
Despite all international and national efforts, piracy remains a serious peril for the international shipping industry. Especially in Asia (i.e. Chittagong/Bangladesh or on the Strait of Malacca), but also in South America (e.g. Bay of Santos/Brazil or in the port of Callao/Peru) robbery or piracy there has recurred in the recent past. At the West African coast the number of incidents had raised even by 50% with 66 incidents this
08-18-2015 | Industry, Real Estate & Constr …
IKA®-Werke GmbH & Co. KG
German Design Award 2015
German Design Council Awards a Special Mention to the LR 1000 Laboratory Reactor and Nominates the Tube Mill Staufen, Germany, February 23, 2015 — For the second time, a device produced by IKA® Werke has received the "Special mention for exceptional design quality" award from the German Design Council. The company was presented with the award in the "Excellent Product Design — Industry" category as part of the German Design Award 2015
12-24-2011 | Politics, Law & Society
bunk-alliance Rechtsanwälte
German Local Trade Tax
All the companies in Germany are liable to pay not only corporate income tax, whose rate is nowadays about 15% of the annual profit of the company, but also trade tax (Gewerbesteuer), which is a tax of German characteristics. Why would we say that trade tax is of German characteristics? Because it is different from the corporate income tax, which is charged by the German Federal Government and it is difficult
05-20-2008 | Leisure, Entertainment, Miscel …
SkatMedia
ISPA – German Masters 2008
Magdeburg – Over the long weekend of the 4. Mai more than 1.000 Skat players filled the Mittelland hall in Barleben. The tournaments of the 30. German Mastery and the 27. open International German Single Mastership were held by the International Skat Players Association, ISPA Germany. Patrons of the Games were the 1st Barleber Skat sports club e.V. and the Skat club \"Burger Ihleskater\", whose good organization together with the
12-07-2007 | Science & Education
Educationconsult
German MBA Market
The German MBA-Market: An overview shows the MBA market in Germany contains both national players and also a number of overseas schools which have entered the market. In the late eighties, there were only 3-4 MBA providers in Germany, mostly from abroad. Between 1990 and 1995, this number increased to 35 providers and reached 100 by 2001. Today, students can choose from among 130 MBA-providers and over 250 MBA-programs in
Comments about openPR
I can't but agree to the positive statements about your portal: easy to use, clear layout, very good search function, and quick editing!
Jens O'Brien, Borgmeier Media Communication