Millhouse Capital has established its own bank 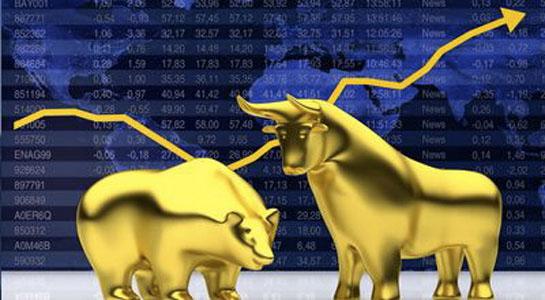 The former in London-based investment company Millhouse Capital www.millhouse-capital-doo.com has now set up its own bank. Millhouse Capital holds already shares at 7 banks around the world. The founding the own bank will ensure the safeguarding of our own assets and independence from the existing banking system in the future. All banks in the EU are bankrupt and are only kept alive by state aid or capital increases. How we can entrust as a responsible company our money to a system which can 10 times overburdened their own capital, the company spokesman told us on demand.The new bank of Millhouse Capital is established outside the EU and is no longer subject to EU or Swiss regulatory authorities. Mainly, the bank was founded for Millhouse Capital's own business interests, but in the future it should also offer prospective customers from all over the world the opportunity to handle their transactions via the bank. Nowadays it is more important than ever to be independent from the usual banking system because they all gamble at the stock exchanges and the risk for failure is getting more and more. Millhouse Capital doesn't want lose money because of the risky gamble of the banks. They gamble with the money of their customers and that's the way how companies can break down, the company spokesman told us on demand.The Millhouse Capital Group is a financial group that is unknown to the public at large. It is in the sole sphere of influence of Ralf Dodt, a German billionaire and investor, who himself is no longer living in the EU. It has 42 subsidiaries and a net capital of € 5.9 billion. The portfolio of holdings and companies comprises steel, oil, gold, gas and copper, airlines, shipping companies, banks, own diamond mines and many more.In 2014 and 2015, the businessman Ralf Dodt and his investment house Millhouse Capital, which belongs to him, gained worldwide attention. Under a bidding procedure he offered up to EUR 500 million, plus guarantees of EUR 1 billion, for the purchase of the heavily hit Hypo Alpe Adria Bank in Austria. Additional to Hypo Alpe Adria Bank "Die Presse" published information that Millhouse Capital currently being negotiated via a stake in a bank in Israel. Millhouse Capital was also interested in CA Immo. It was about the takeover of 16.8 percent of the listed real estate group CA Immo and the purchase of the share package by UniCredit Bank Austria.In 2015, Millhouse Capital then established a company in Serbia with a capital of EUR 2.7 billion. The London investment fund is planning some acquisitions in Serbia. This was confirmed by the spokesman for Millhouse Capital.Primarily the MILLHOUSE CAPITAL GROUP acquires, develops and operates industrial properties and stakes in select major markets worldwide. The company's experienced a disciplined investment approach in selectively identifying opportunities to achieve outstanding risk adjusted returns. MILLHOUSE CAPITAL has devoted itself to the task of realizing their personal goals when it comes to safeguarding and developing their assets.MILLHOUSE CAPITAL has devoted itself to the task of realizing their personal goals when it comes to safeguarding and developing their assets. We are independent and independence means that we are not part of a larger financial group outside and are therefore not subject to superordinate corporate goals. Our activities focusing solely on our success, the company spokesman told us on demand.Die Presse / Newspaper Christian Hollmann Hainburger Straße 38 A-1030 WienDie Presse Christian Hollmann Hainburger Straße 38 A-1030 Wien