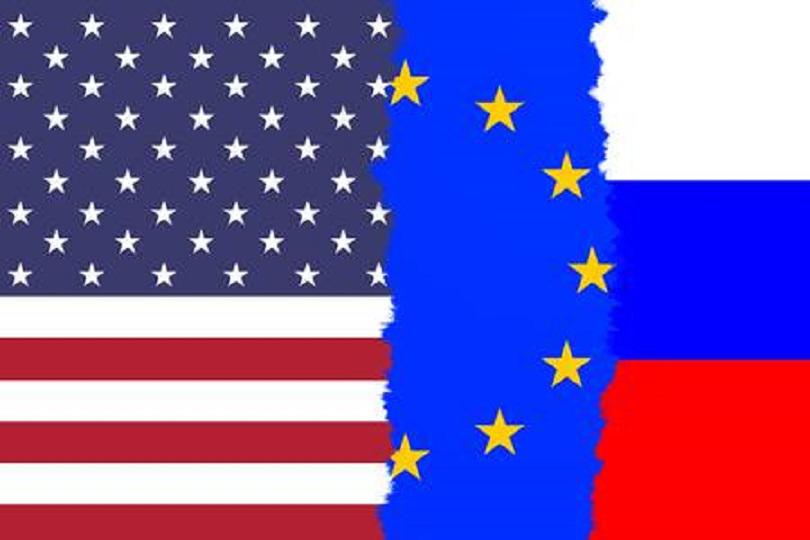 Speaking to SCMP reporter Shen Haixiong today, German billionaire Ralf Dodt says "if the USA and EU will not stop their hysterical aggressive behavior towards Russia it will not find an good end". Ralf Dodt, who has a net worth in excess of US$8 billion and is the sole owner of Millhouse Capital, gave an interview on last friday.

Mr Dodt, what do you think is the cause of the US / EU have such an aggressive attitude towards Russia ?
Maybe first we should ask what Russia and President Putin did wrong that USA / EU and NATO act with such hate towards Russia ? The simple answer is "nothing" except the circumstances that President Putin has stopped the clearance sale of Russia's former President Jelzin ! The second "big mistake" of President Putin was to make Russia strong again. Only a strong country can avoid to get a vassal of the Western countries. And the third “mistake“ was to implement an referendum on Crimea after the western countries has financed the Maidan in Kiev to get an violent change of the government.

So now there is this strengthened new Russia with a President who knows exactly how to govern such a big country. He does it with pride and honor, two characteristics that you can not find anymore in western politicians.

He makes the Russians feel to be Russians to be proud on their history. Show me one western politician who makes their citizen proud to be a german, dutch, france ?! Merkel for instance doesn't give german citizens the feeling to be proud to be a german. The opposite is the case, she makes them feel to be only „someone who lives longer in Germany than the refugees“. Refugees have more rights than german citizens.

What do you think about the statements of some western politicians regarding Russia and President Putin ?
After the Mainstream media's begun the politicians of some western countries to spread their anti Russia poison especially the 3 baltic countries Poland and Ukraine. That's intentional hate and hate speech towards Russians !

If the Latvian author Didzis Sedlenieks rushes against Russians and says "the essence of the Russians is of the lowest intellect level" then I can use my freedom of speech and say that Didzis Sedlenieks intelligence is lower than of a piece of bread ! If I would be in Germany and would say the same against Ukrainian it would be rabble-rousing and I would be punished. But the governments of EU allow everyone to say everything as long as it it a Russian ! This I call discrimination !

When the Lithuanian President Dalia Grybauskaite has called in an interview for the Italian newspaper Corriere della Sera to deploy US anti-aircraft missile systems "Patriot" on submarines. According to Grybauskaite, this should help strengthen the defense of the Baltic States.... then I can use my speech of freedom to ask, how such stupid person could get President of an country ?! She should learn that no one is interested to attack this small country, especially not Russia ! If she wouldn't be that stupid she would know that Russia has no interest at all to attack any of EU country !

When the Lithuanian president Dalia Grybauskaite said, Russia, which is the "danger number one", is leading an "untraditional war" I asked myself what did she eat the evening before to get such imaginations !? Fact is that the 3 baltic countries are the rabble-rouser in the EU along with Poland and Ukraine against Russia... supported by the USA !

When Lithuania Seconded Žygimantas Pavilionis said Lithuania must impose its interests on Russia I thought how megalomaniac and ridiculous such morons can be. For sure he also believe that he can force China to stop eating rice.

Ukrainian Minister of Infrastructure, Vladimir Omeljan wants that EU and USA to impose sanctions against Russian seaports on the Black Sea. A puppet government wants something, puppets are puppets and will stay puppets, they are good to be used against Russia. The current Ukrainian puppet government is nothing else than a piece of shit in the history of time ! The day will come and they will rinsed off the toilet when the West does not need them anymore.

This mad person wants to divide Russia in small pieces but he forget that he and his small country Latvia are a small piece of EU. If Russia would say "we want that EU will be divided in small pieces" then it would be already a war declaration of Russia ! There you can see the difference, if the megalomaniac EU and USA mention such "sick desires" then it is a good idea. If Russia would mention the same idea it would be a war declaration.

Do you believe that the world is facing a third world war ?
Yes I am ! The West wants to drive Russia into the war. Even if one considers the situation objectively without a friend / foe attitude towards West / Russia, one recognizes parallels to the First World War. Although the Americans were already politically perverse during the Soviet era, this spiral of provocation was aimed at the old goal of the British: the destruction of Russia. At that time it was the three European empires that they wanted to destroy. Now most of all the whole world. Exponential political perversion.

These exponential political perversion is not limited on Russia. Take a look in the whole world and you will find more and more violent conflicts, conflicts appreciated and wanted by the West. Around the world a chain of herds of war sets in which a global catastrophe can once again break out. West border of Russia, war threats are being instigated by the US and NATO, both directly and through the use of puppet governments.

First the western countries have financed the coloured revolution in Kiev and have told us they did it because the Ukrainian citizens need help. Then the western countries have helped to build a criminal puppet government with a so called president Poroshenko, but no help for the citizens. Afterwards the West has done all to enlarge the civil war in East Ukraine, thousands of civilians have lost their life. Of course this is called "help for the citizens". Nowadays the help for citizens look like that, Military aid for the criminal puppet government instead of money for the people. The goal, Russia to involve into an war. Of course this is great help for the citizens.

But ruining Russia and keeping us as simple people in fear is already frightening enough. Everything carries the signature of the US Deep State, of course via CIA, NSA & Co. The fish always starts to stink at the head. And in the White House it stinks beastly, then Downingstreet 10, then im Bundeskanzleramt / Federal Chancellery and in franz. Presidential palace.

What is your opinion about the sanctions towards Russia ?
Sanctions are the stupidest way to blackmail a country like Russia. The result of sanctions are counter-sanctions so not only the sanctioned country will be damaged. And the US sanctions against Russia are nothing else than a war. Since 2011, the US has already taken 54 sanctions on Russia Currently the US is too cowardly to attack Russia directly so the sanctions should help to weaken russia.

USA never will attack a strong country, they never did and never will do because they are too cowardly. They know that they will lose even if they always publish what great and strong army they have. No, hundred of thousands soldiers will pay the madness with their life. Russia will not sit simple and will not defend their country. It will fight back harder than the West can imagine and will use its full potential include the full nuclear arsenal.

To put it in a nutshell.... I would love to explain the goal of EU / USA regarding end of sanctions..... (irony).... on the day when Russia abolishes its military, transfers its economy and mineral resources to the US oligarchs.... on the day that Putin leaves and whines for American grace, the "glorious" and "far-sighted" President of the US take back the sanctions.... how much grace can come from this mouth...!

06-19-2018 | Politics, Law & Society
Die Presse
German Billionaire says "The EU is experiencing a crisis of existence. Everythin …
Ralf Dodt, who has a net worth in excess of US$8 billion and is the sole owner of Millhouse Capital is well known at Bloomberg, Reuters, DPA, Sputnik, and many other media's. In the European Union and USA Ralf Dodt and his company Millhouse Capital is accused of links to president Vladimir Putin, especially because Mr Dodt officiallyy declared that no one will stop him to support Russia against this
06-01-2018 | Business, Economy, Finances, B …
Die Presse
German Billionaire Vows to Help 'Any European Company Do Business in Crimea'
On May 15, President Vladimir Putin attended the inauguration of a strategic 19-kilometer bridge along the Kerch Strait, linking Crimea to the Russian mainland. This key infrastructure project is a major step forward in bolstering the Crimean Peninsula’s economy, and encouraging trade and access to other parts of the Russian Federation. Speaking to Sputnik reporter Suliman Mulhem today, German billionaire Ralf Dodt vowed to help European businesses enter and operate in
06-06-2017 | Business, Economy, Finances, B …
Die Presse
Millhouse Capital has established its own bank
The former in London-based investment company Millhouse Capital www.millhouse-capital-doo.com has now set up its own bank. Millhouse Capital holds already shares at 7 banks around the world. The founding the own bank will ensure the safeguarding of our own assets and independence from the existing banking system in the future. All banks in the EU are bankrupt and are only kept alive by state aid or capital increases. How we