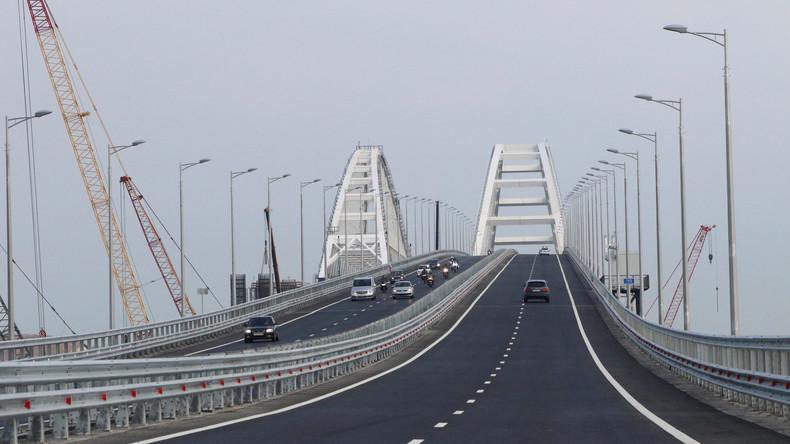 On May 15, President Vladimir Putin attended the inauguration of a strategic 19-kilometer bridge along the Kerch Strait, linking Crimea to the Russian mainland. This key infrastructure project is a major step forward in bolstering the Crimean Peninsula’s economy, and encouraging trade and access to other parts of the Russian Federation.Speaking to Sputnik reporter Suliman Mulhem today, German billionaire Ralf Dodt vowed to help European businesses enter and operate in the Crimean market, to aid the peninsula’s economy, which is undergoing a period of transition and transformation.“Via my companies, I pledge to help any European company do business in Crimea and Russia. People should not be afraid to visit Crimea and invest in its economy, which has huge unlocked potential. There’s lots of potentially lucrative business and investment opportunities there,” Ralf Dodt, who has a net worth in excess of US$8 billion and is the sole owner of Millhouse Capital, told Sputnik on Thursday. He went on to signify the importance of the bridge with regard to the peninsula’s reunification with Russia.“This newly constructed bridge cements the reunification of Crimea and mainland Russia. For Crimea’s residents, they are now feeling as they have returned home at last! Crimea has been Russian since the conquest of Catherine and it will remain always so.”The bridge serves as the only road link between mainland Russia and Crimea. It has eradicated the necessity for tourists and commercial vehicles to board a ferry to cross the Kerch Strait, slashing travel time.Mr. Dodt said the bridge is part of Moscow’s broader strategy to develop the peninsula’s infrastructure, after decades of neglect by Ukraine, to revive Crimea’s economy.“It will attract many tourists and that's economically very important for the Crimea, as it will help money flow to the area. It’s encouraging to see Russia building modern infrastructure on the island, as Kiev never invested in Crimea,” he added.The businessman, who owns shares in Gazprom Neft, the Royal Bank of Scotland (RBS), LUKOil and Metinvest, in addition to stakes in countless other corporations, and seven Mikoyan MiG-29 (Fulcrum) fighter jets, described Ukraine, under its current puppet government, as a “vassal state” of the US and EU.“The ruling so-called Ukrainian government is not worthy to be called government at all. Ukraine is now a vassal state of the US and EU, and therefore, of NATO. The puppet government in Kiev is used as mouthpiece to provoke Russia. For that they get financial help from their western allies,” he said.“With this behavior they are responsible for destabilizing Ukraine. If a puppet government doesn't look after its own citizens and risks millions of lives by escalating tensions with Russia, it can only be viewed as a destabilizing force, not only for Ukraine, but the entire world,” Mr. Dodt concluded.Dvisions Management & Career Art and cultureDie Presse Jaques van de Graaf Hainburger Straße 33 1030 Wien jaques.van.de.graaf@Safe-mail.net