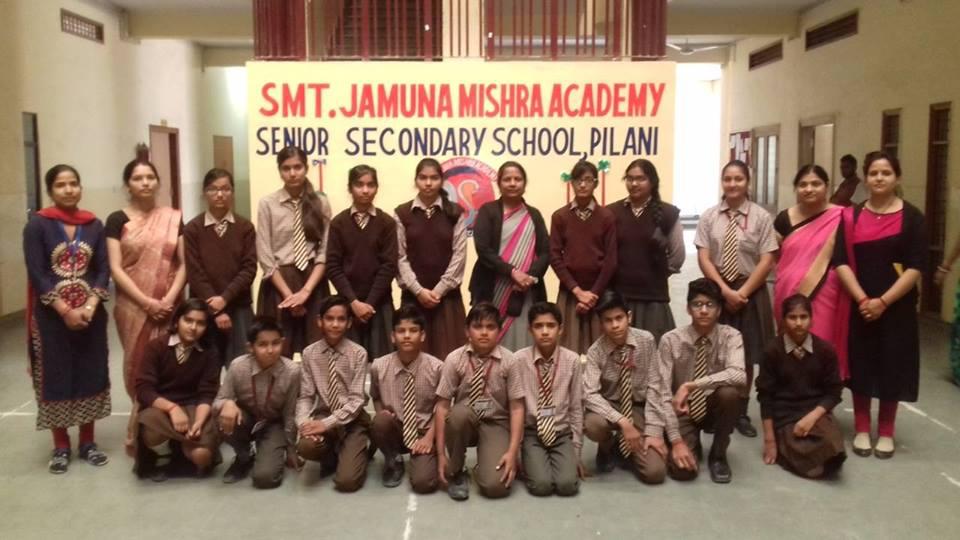 To quote Gurudev Rabindranath Tagore “In Science, we go through the discipline of eliminating the personal limitations of our minds and thus reach the comprehension of truth which is in the minds of the universal man”.To popularize the benefits of scientific knowledge, 28th February is celebrated all over India as National Science Day – NSD to mark the discovery of Nobel Prize winning Raman Effect by the great Indian Physicist Sir C. V. Raman in 1928 on same day. The theme for 2017 is “Science and Technology for Specially Abled Persons”. Raman Effect is a phenomenon in spectroscopy discovered by the eminent physicist while working in the laboratory of the Indian Association for the Cultivation of science (IACS), Kolkata. After two years of this discovery, Sir C. V. Raman brought the first Nobel Award for India in 1930. Hence the NSD is a great day for Indian Science and scientific community. Celebration of NSD in schools undoubtedly helps inculcate the much desired scientific temper among children.Right from its inception, Smt Jamuna Mishra Academy – JMA which is one among the top ranking schools in Pilani has embarked on a rich tradition of celebrating various days of national and international significance. On 28 Feb 2017, JMA Pilani organized a quiz competition and science exhibition to celebrate National Science Day. Principal Mrs Booma Natarajan in her address highlighted the significance of the day and urged the students not to make fun of persons who are specially abled but instead understand and respect them. It is indeed a matter of pride that the students and teachers of JMA Pilani regularly join hands with the students and teachers of Amla Birla Kendra a school for special children established in 1995 in the town of Pilani Rajasthan by Sri SK Birla in memory of his beloved daughter. As recent as 3 Dec 2016, JMA and Amla Birla Kendra Pilani had a joint celebration of UN IDPD - International Day of Persons with Disabilities.For the four houses of the school namely Jupiter, Mercury, Neptune and Venus, quiz competitions were held in which students from Class 6, 7, 9,11 enthusiastically participated and the Mercury house emerged as winners. The quiz was conducted by Ms Preeti Jakodia and Ms Poonam Shekawat. The students of Class 6, 7, 9, 11 also demonstrated various science models made by them. The special invitee for the occasion was Mr Bhupendra Jangir who teaches Information Technology at BK Birla Institute of Engineering and Technology BKBIET Pilani. For science models, Class 6 team of Devyani, Yashasvi and Rishika; Class 7 team of Kapil, Devraj, Puspender, Kartikeya, Diwanshu and Rohit; Class 9 team of Neha, Megha, Khushi, Ankita, Mitali and Anjali; Class 11 Parul won the prizes. The model put up by Master Hrithik Sheoran of Class 8 on hydraulic crane was highly appreciated by one and all.For more details about JMA Pilani see http://jmapilani.orgAbout JMA Pilani: Smt. Jamuna Mishra Academy (JMA) established in the year 2004 which has been making rapid strides in early childhood education is presently one of the most sought after schools at Pilani considered as Oasis in the desert state of Rajasthan well known in India today for one among top in world ranking BITS Pilani University as well as CSIR Laboratory CEERI and globally renowned Birla Science Museum. JMA Pilani is a Co-educational English Medium School with Experienced Teachers, Spacious Classrooms and Modern Amenities designed to impart Quality Education combined with All Round Personality Development and lay the Best Foundation for the Child’s Future. JMA which started in 2004 with an enrollment of 60 students for the Nursery, LKG, First Junior and Class I has grown today till Class XII and enrollment of 900. While the school admits both boys and girls, the girl student enrollment has been steadily rising every year and is presently nearly 50% of the total strength. The school has boys NCC, girls band which has been winning laurels every year too. Yoga and Fine arts are not just part of school routine but a way of life for the students.Mrs Booma Natarajan, M.Sc., M.A., B.Ed. Principal, Jamuna Mishra Academy – JMA Near Old Pilani Post Office Pilani Rajasthan 333031 India Phone 91-1596-242314 Email booma_pilani at yahoo.co.in Website: http://jmapilani.org/