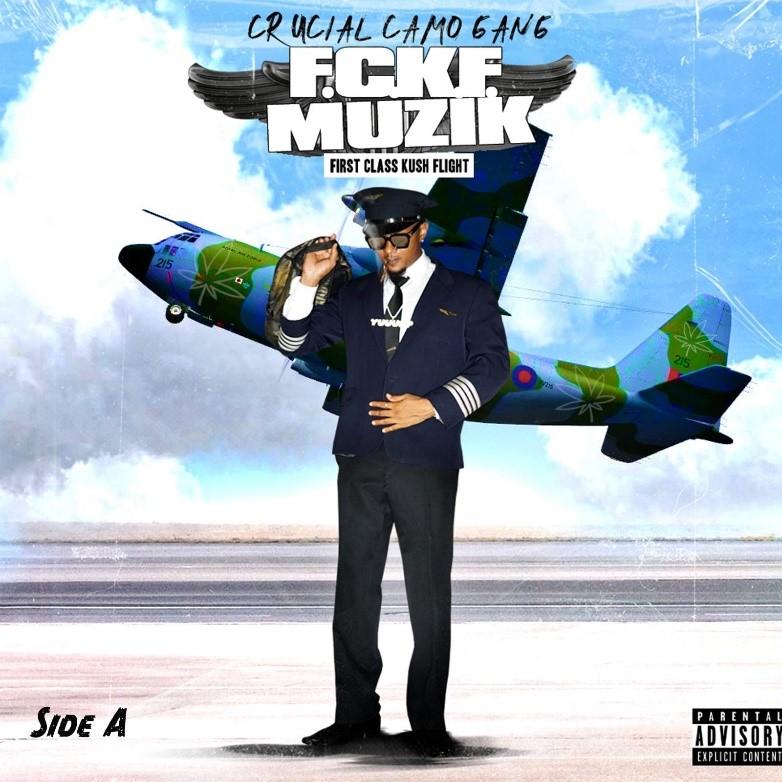 (October 30, 2021) – Crucial Camo Gang ( https://www.youtube.com/c/CrucialCamo/about ), an emerging hip-hop artist, is glad to announce the launch of his brand-new album, F.C.K.F (Muzik First Class Kush Flight). This latest album features fifteen songs in total, showcasing the artist's unique talent and music taste. These songs are produced, written, and arranged by Crucial Camo Gang himself. Crucial Camo Gang gained much attention since he debuted as an artist. He currently has over ten thousand followers on Instagram and over seven hundred subscribers on YouTube. His latest song, ‘Middle Man’, gained over three hundred views within a month since it was released. Fans of the artist waited long for an entire album and were glad to enjoy his music when it finally dropped on the 17th of September this year. “I have new music! "First Class Kush Flight Side B" has boarded and has taken off. F.C.K.F Musik is a trip you don't want to miss! Tap in and get familiar. Side A will be boarding shortly. We are experiencing some turbulence”, says the independent artist Crucial Camo Gang in a post on Instagram. For more information, please visit: Facebook: https://www.facebook.com/crucialcamo/?ref=page_internal On Spotify: https://open.spotify.com/artist/5hkVy92nNpLkVJmAyFPsNB?si=MpSTZgJ5Scy1owEiBl3y1w&utm_source=copy-link&dl_branch=1 Media Contact: @camogangrep Crucial Camo Gang can be found on Facebook, Instagram and www.ballersmarket.com , where he actively interacts with fans and gives updates on his new music. He proudly supports his fellow artist and uses his platform to promote their music. In 2017, he founded his own company, Camo Gang Ent., and later released a short film through this brand-new media enterprise. He is also the owner of Yuuurp.