DAVID SALUDES One of The Best Djs And Producers in Europe 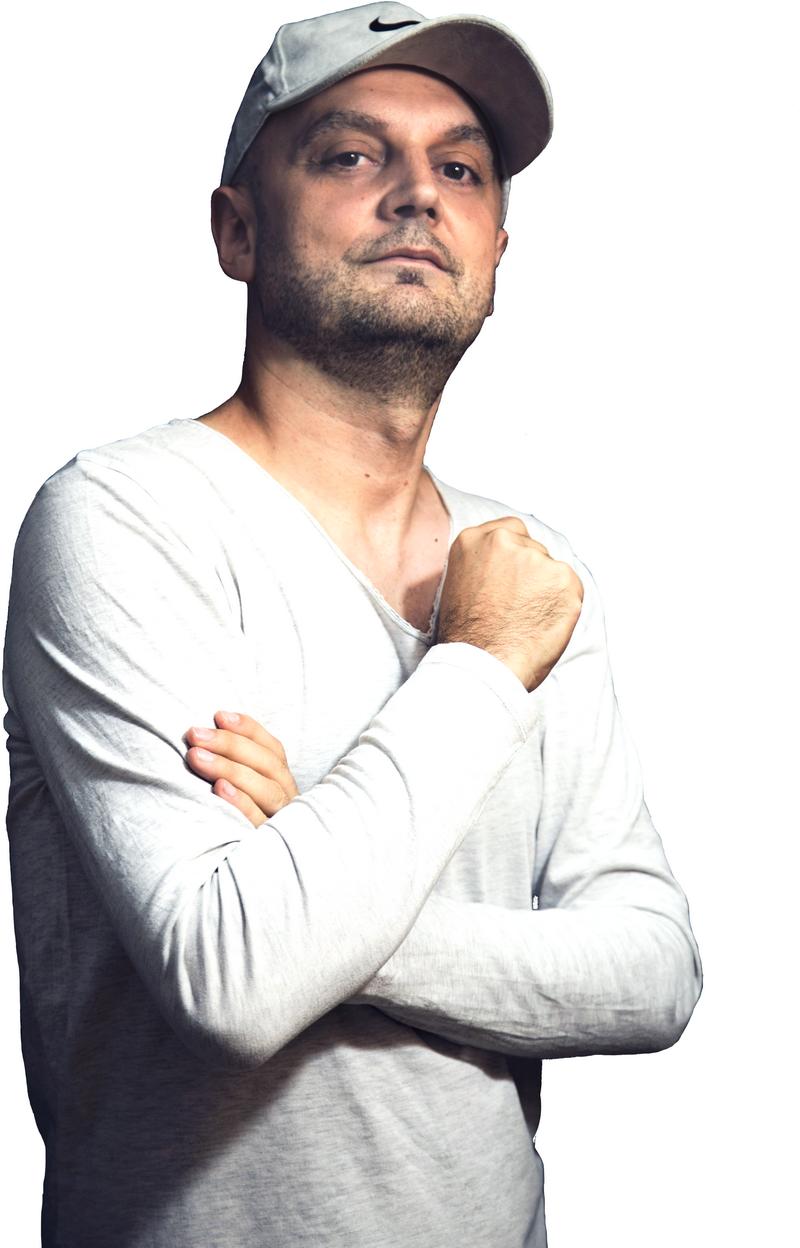 David Saludes is undoubtedly one of the leading European DJs of the last two decades playing in the best clubs in the world and the one of the most requested every year in Ibiza. His fresh and fun style makes his sets not go unnoticed by his more than 200,000 fans on social networks. The Spanish DJ has played with the best in the world, among others David Guetta, Avicii, Alesso, Martin Solveig, Marco Carola, Tujamo and more .. In the summer of 2016 some the media, he was recognized as one of the best DJs in Europe. He is currently based in Dubai, where he is the resident DJ in the best places, Lock Stock and barrel, STK, Wavehouse (Atlantis the Palm), Soul Street (Five Jumeirah Village). As a producer, he has achieved several TOP 1 sales worldwide, in Beatport, and countless successes for him, and for other artists, making him one of the fashion producers in the world.Without a doubt, one of the most important references to music in Spain. Instagram @david.saludes website https://davidsaludes.wixsite.com/davidsaludesHis followers described him as a stylish DJ with a great musical culture. Since 2014, he has been the founding CEO of DASSA MUSIC, and LOCOLOCO MUSIC GROUP, record labels.

10-11-2021 | Arts & Culture
Doulitsa Global media
Collab of LVNDXNISDEVD and BABY GOTH will be big bang for 2021
‘Song name’ is the latest collab by LSNDXNISDEVD with Baby Goth and will be dropping by _date_ to turn on your soul. Landon Bisset, who goes by his stage name 'LSNDXNISDEVD' after making great strides in the industry will be dropping his latest composition “Song name” soon. Landon Bisset, who is a Singer/Songwriter, Rapper, Model, Small Business Owner and Internet Personality has started risen from the city of Nevada and is
10-06-2021 | Business, Economy, Finances, B …
Doulitsa Global media
Dental Infection Treatment Without Needles With Oxygen Ozone Medicinal Gas
By Prof. Dr. Luis Gavin, a leading international Speaker, Dental Maxillofacial Surgery Consultant – and Ozone Therapist Works at King’s College Hospital, a leading hospital in Dubai Dentists have always been interested in treating caries as their first priority. The effects of ozone are extremely powerful at preventing tooth decay. In some cases, even deeply seated lesions can be treated successfully. Furthermore, we have discovered over the past few decades
10-04-2021 | Arts & Culture
Doulitsa Global media
How to Get a Platinum Record by Preston Hudman
Seattle rapper @prestonhudman reveals his plan for obtaining the platinum record from the RIAA. Will he succeed, or will corporate America stand in his way once again? Preston Hudman is a freelancer/rapper from Seattle Washington who helps entrepreneurs and companies of all sizes gain traffic to increase sales. He was nicknamed “the Google Rapper” by Forgiato Blow and Preston even raps about Google and SEO in his music which I personally
09-27-2021 | Business, Economy, Finances, B …
Doulitsa Global media
Amr Al-Maliki, An Influencer For Arab Youth For Progress And Success
Amr Almaliki has become a top Influencer in guiding the youth to a successful future they have chosen for themselves. A trainer and human development coach of the highest order, he has helped thousands of youth in developing a particular discipline and character to be a smart, successful, and contributing member of the society. He has graduated in Arts and Media and has a very healthy following across social media.

03-25-2021 | Fashion, Lifestyle, Trends
TUUCI
DAVID SCHUTTE APPOINTED PRESIDENT OF TUUCI
MIAMI - March 24, 2021 - TUUCI, the Miami-based manufacturer of nautically inspired shade, shelter, and open-air furnishings, announces the addition of David Schutte as the organization’s new President. David’s tenure within the design industry and his well-refined leadership skills make him the ideal executive to fulfill the company’s worldwide strategic initiatives. “Since our humble beginnings inside a small boat shop in South Miami, TUUCI has been transforming the shade industry
06-01-2018 | Health & Medicine
LIVE Soda
LIVE Soda Welcomes David Ross as CEO
AUSTIN, Texas. (May 31, 2018) LIVE Soda, LLC, the Probiotic Soda Company, is excited to announce that David Ross has been named CEO. In his new role, Ross will be responsible for strategically leading the continued growth and innovation agenda for the brand and its expanding product lines. The newly-appointed LIVE® Soda CEO, who joined the company as COO in December of 2016, brings more than 10 years of management
03-06-2014 | Arts & Culture
Adelphi University
ADELPHI UNIVERSITY PRESENTS DAVID HORNUNG: RECENT PAINTINGS
The Adelphi University Exhibitions Program presents David Hornung: Recent Paintings, featuring over a dozen oil paintings on panel in the Ruth S. Harley Univessity Center Gallery. The exhibition will be on view from February 26 through April 2, 2014, with a reception open to the public on Wednesday, March 5, from 5:00 to 7:00 p.m. Light refreshments will be served. Additionally, Hornung will host an artist’s talk on Tuesday, March
10-19-2011 | Arts & Culture
Halloween Party
David Banks Joins Halloween Party Cast
LOS ANGELES, CA (October 18, 2011) David Banks will join Elle Newlands, Chris Pentzell, Andrea Leithe, Danny Pardo, and Julia Silverman in the new film Halloween Party. At her best friend's urging, Erin, a single girl, attends her friends Halloween party-hoping as always, to find her perfect mate. But when she arrives, she discovers nearly everyone else there is part of a couple, OR she's already dated them. But the worst
02-15-2011 | Industry, Real Estate & Constr …
Webarchives
David M Schwarz Architects Selects Webarchives iDAM™
Silver Spring, MD - WebArchives, a leading provider of Digital Asset Management (DAM) for the Architecture and Real Estate industries, announced today that David M. Schwarz Architects (DMSA) has selected iDAM™ as their core digital asset management system. David M. Schwarz Architects has a wealth of historical imagery and project documents that span over 30 years of work. Their goal is to capture this information and leverage the knowledge across
06-25-2010 | Politics, Law & Society
Jackson Walker LLP
Jackson Walker Welcomes David Seidler
FORT WORTH – Jackson Walker is pleased to welcome partner David Seidler to the firm’s Fort Worth office. His practice focuses on commercial litigation, insurance defense, and alternate dispute resolution. Since 1992, Mr. Seidler has conducted more than 1,900 mediations of federal and state court cases involving every conceivable type of dispute. He is an immediate past Board Member of the Tarrant County Bar Association and a Founding Board Member and
Comments about openPR
We publish our press releases on openPR.de because we like people who are "open" - just like us.
Frank Obels, CEO, INCONET - Informationssysteme, Communication und Netzwerkberatung GmbH