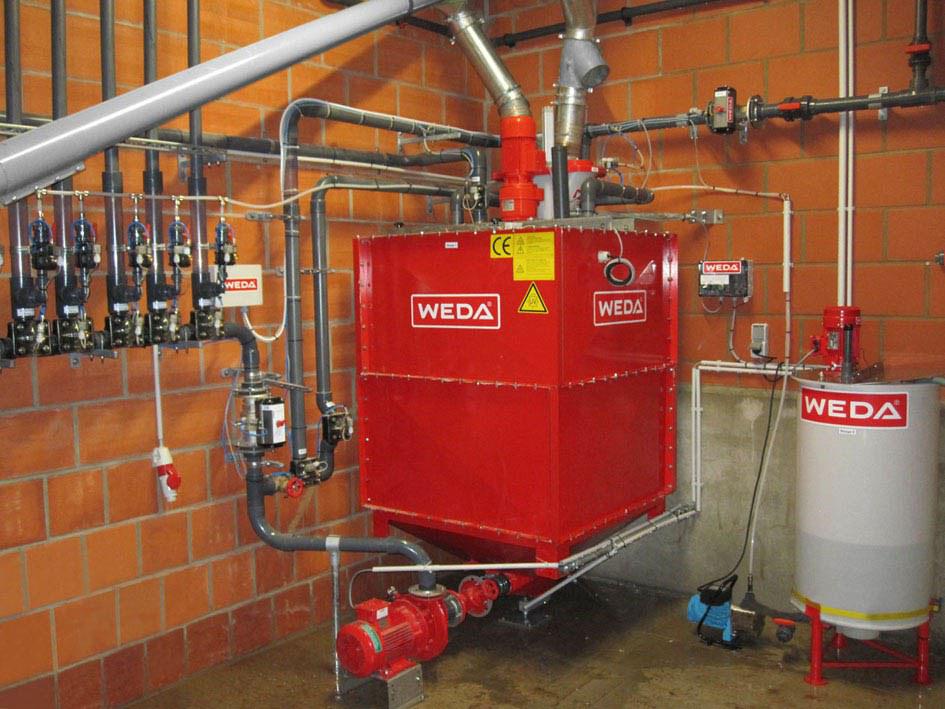 It is easy to retrofit already available units with this system

The message about the award of a medal of the German Agricultural Association (DLG) was received with great pleasure by the Lutten constructors of animal houses, WEDA Dammann & Westerkamp. „A small step for WEDA, – a great one for boar fattening”, is Andreas Hüttemeyer’s, – programmer at WEDA’s – reaction on this distinction.

With this award-winning EuroTier novelty, the full-service providers from Lower Saxony have set an exclamation mark, especially as the innovation is arriving at just the right time because the current animal welfare debate on the castration of male pigs inevitably leads to the question, „how will boar fattening be organized in the future – especially so in already existing units?”

The cost-effective system solution was developed with the aim of enabling farmers of fattening units to feed boars in their already existing units – and this in fact without costly conversions of animal house technology.

The functioning manner is fairly simple: in a stub, animals from a weight of 55 kg onwards can be fed with two different feed recipes, one each for female and one for male animals. This enables the provision of all animals with the necessary gender-specific energy.

It is easy to retrofit already available units with this system as the solution for this is based on software. Accordingly, all WEDA units working with an M16 or a 4PX computer can be retrofitted. The only precondition is: the smallest portion which can be fed out in one stub has to be at least twice as large as the pipe content of the feed pipe.

This would for example mean that in the case of a stub with a length of 50 meters and with a pipe diameter of 50 mm, at least 160 litres have to be dosed out per feeding block and meal. Thus, the system can already be employed for smaller amounts.